Renegade was the rum arm of Murray McDavid, Mark Reynier's independent bottling company that was run out of Bruichladdich distillery for many years. As with many of MMD's bottlings, most of the rums were finished in various sorts of wine casks.

This rum comes from the Monymusk distillery of Jamaica, which is one of the oldest distilleries on the island, having been built in the 18th century. The name appears to come from the Monymusk estate in Aberdeenshire (where there used to be a Monymusk malt distillery in the mid-19th century), which is somewhat unsurprising as many of the distilleries on Jamaica are named after Scottish sites, having been settled by Scots and English after driving away the Spanish in the 17th century.

The distillery is now known primarily as the main source of Myers's rum. However, a few casks do make their way into the hands of independent bottlers. This particular one was bottled at 46% without chill filtration or coloring. I was able to get a sample through Master of Malt's Drinks by the Dram, as bottles of this rum sold out long ago. 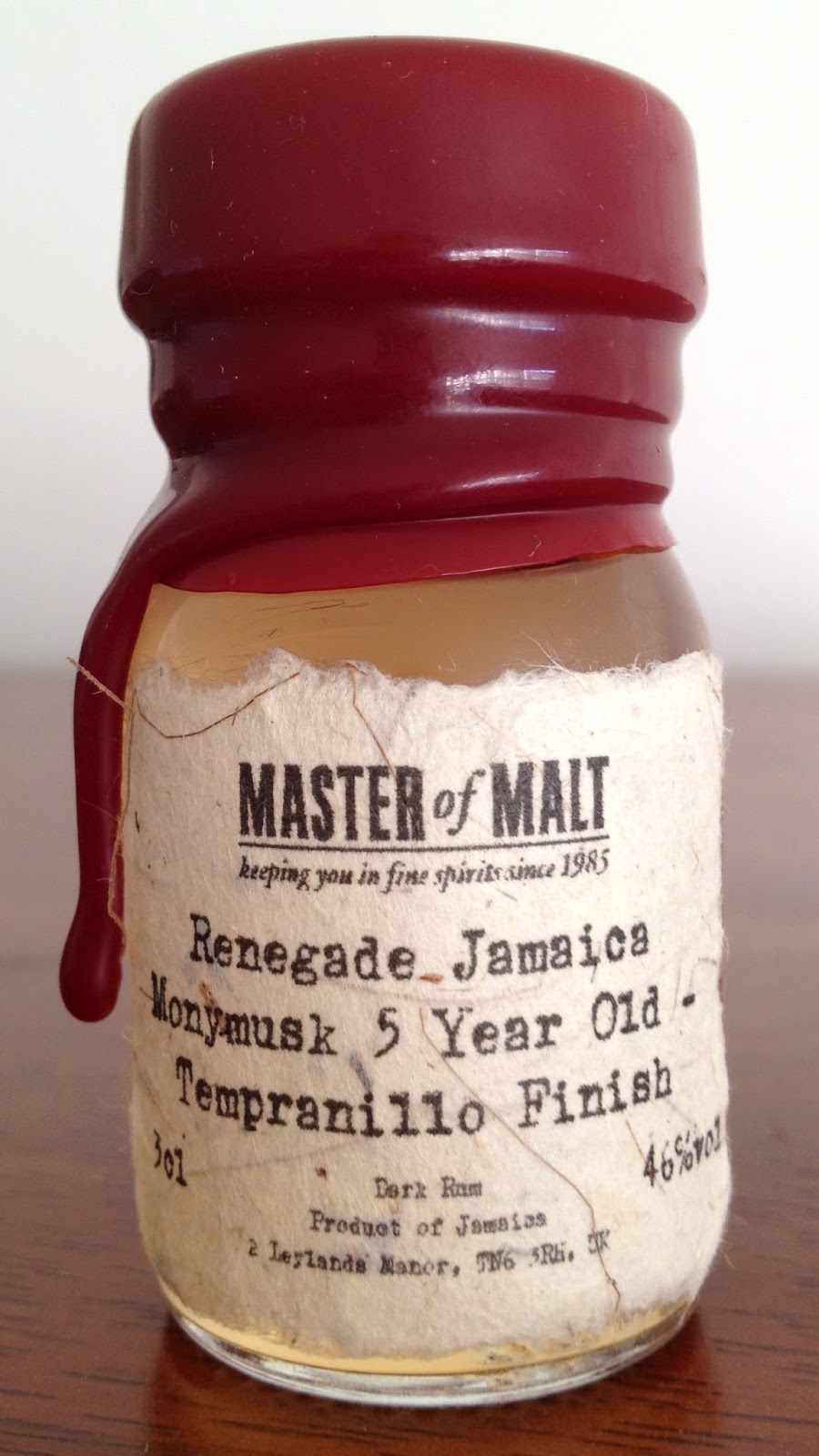 Nose: huge wave of Jamaican dusty/earthy/smoky esters with a burnt sugar edge - almost industrial, seashore, wine cask/berries hang in the background, vanilla and fresh wood underneath, creamy honey, green apples, floral perfume. After adding a few drops of water, the wood becomes more prominent, shoving the esters aside and integrating with them, plum/raspberry notes become more clear, and it gets sweeter overall

Taste: mild sugarcane and berry sweetness up front, quickly subsumed by a bump of oak tannins and esters, which do a slow fade out to reveal the sugarcane and toffee sweetness, with the wine cask notes finally making an appearance at the back - over time the esters settle down to reveal more wine cask influence throughout. After dilution, it becomes much sweeter throughout, with the sugarcane notes gaining a lot of ground, the wine cask influence really comes out to play, with the rum's esters being relegated to the back, while wood and wine dominate the rest of the palate, with somewhat sour vinous notes become much more prominent and there is an earthy quality throughout.

In many ways, I find this rum analogous to the peated Bunnahabhain from Murray McDavid that I had last year. Both are red wine finishes of very flavorful spirits where the wine cask plays a supporting rather than a leading role in the undiluted spirit, then becomes more dominant after adding some water. Given that MMD finishes were often derided for overwhelming the spirit, it is probably for the best that this rum was bottled when it was. I also think that this would appeal to fans of peated single malts, because the Jamaican esters give it an earthy quality similar to that of peat.
Posted by Jordan at 8:09 AM