Over the years I've periodically taken a page out of Dr. Bamboo's blog and The Pegu Blog by writing about what I've learned over the proceeding years. This is a bigger milestone than most because it's now been a full decade of writing this thing, so I have a bit more to look back on. 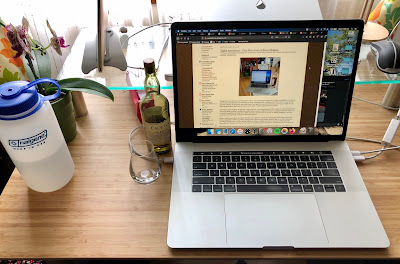 This all started during a very particular time in both the spirits industry and the internet. We were emerging into the full flower of the cocktail renaissance, with many of the now-classic bars and books arriving along with a steady trickle of once nearly impossible to find spirits. Scotch was also well into its return, though I wouldn't jump on that particular train for a number of years. Bourbon was also perking up, though it was still relatively quiet, and rum was beginning to bubble up alongside the tiki revival.

At the same time, blogs were also cresting in popularity. This was before social media had become all-consuming and Google Reader was still going strong, so blogs (and forums) were still major destinations for content. The community was also still fairly tight, with people linking back and forth to boost each other and learn more about their chosen topics.

Since then a lot has changed. Cocktail blogs, at least as they existed in the 2000s, mostly started to wane by the mid-2010s. While there are still some going strong (especially looking at you, CocktailVirginSlut, because Fred Yarm is a beast), many of the ones that I followed avidly back when I started had faded as folks decided that they had other demand and priorities. Some of it also comes down the professionalization of the industry - if you can get a gig working at a bar, as a brand ambassador, or writing books, why give content away for free? While I can totally understand this, it's definitely been sad to not be sharing in the kind of excitement that existed back then.

On the flip side, the 2010s saw the rise of whisky blogging as more people discovered what wonderful spirits they can be. In many ways this had a lot of the same excitement as I found in the blogging community, especially as people traded samples to expand their experiences and ran simultaneous reviews (Josh, MAO, Michael Kravtiz, and Florin have been some of my best connections). I received some really amazing boosts over the years, including from Ta-Nehisi Coates and SKU. However, as time went on, I think these spirits generated a different kind of burnout as prices shot up, competition for in-demand bottles increased, and quality slipped in many places.

We're starting to see another wave as some interest switches towards other spirits including rum (which is finally getting its moment after almost of decade of "it's going to be the next big thing" predictions) and brandy, though neither appears to be set to reach the stratospheric heights of either bourbon or scotch.

Scattered through this I've also been getting into various types of fortified wines. What started with sherry eventually morphed into madeira (largely thanks to Christine Bradburn) and vermouth. While I haven't been able to find a ton of active blogging in this field, I've still been able to learn a lot from what I've been able to read and I'm hoping to write about them more in the future. If you've seen any good blogs or folks on Twitter who I should be following, be sure to point them out.

Speaking of, a lot of the action has shifted to social media over that time, including Twitter, Facebook, Reddit, and Instagram (though I still haven't participated in the last one). In many ways this has democratized participation as the barriers to entry have dropped, but that has also changed the tenor of those conversations. While I've sometimes had mixed feelings about these platforms, I've also built new relationships and met a lot of new people. It's also been incredibly validating to see some of my posts link to by people I've never even talked to before.

Which gets down to the real question that I've been asking myself over the last few years - why am I still doing this? There are plenty of other things I could be doing with myself and I don't get any money out of this or even free samples. So at the end of the day it all comes down to wanting to share with other people. The interactions and hearing that people find what I write to be useful and engaging is what keep me coming back. I don't know if this blog will make it through another decade, but I expect that I'll keep writing for the foreseeable future. Hopefully you'll keep coming back to read it as well.
Posted by Jordan at 11:23 AM