HR 5034: Because It's Not Hard Enough to Find Good Booze 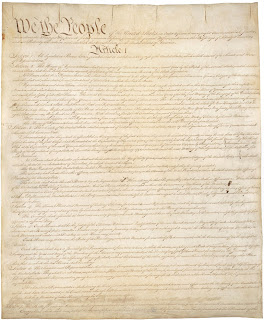 Word of a proposed bill in the House of Representatives, HR 5034, has been bouncing around the cocktail blogosphere for a while now. The gist of the bill is that states should be allow to restrict the private shipment of beer, wine and spirits from outside their borders. In an effort to cloak this concept in an air of respectability, the bill has been named the Comprehensive Alcohol Regulatory Effectiveness (CARE) Act of 2010. It is absolutely nothing of the sort.

A simple browsing of the funding sources behind the bill reveals that it is all about protecting the power and money of wholesalers, who are worried about the growth in internet sales of alcohol over the last decade. They claim that the law should be changed for a variety of silly reasons, ranging from reinforcing the regulatory powers of states to inconsistent oversight by federal courts (the law would prevent challenges to restrictions by the states) to preventing minors from buying alcohol.

Those notions are a transparent farce. As well all know too well, states already exert an enormous amount of control over alcohol, often going so far as to retain state monopolies on alcohol sales. States are already allowed to prevent the shipment of wine, beer or liquor to private individuals within their state, as long as the same is true for in-state producers. Scare-mongering about minors buying alcohol over the internet is entirely overblown as the law already requires that the shipper check ID before handing over the package.

The bill is entirely about protecting the middleman position of wholesalers at the expense of individual consumers, restricting the availability of products that otherwise can't be obtained within the state. Passage of the law would allow states to act in a protectionist manner, privileging in-state producers at the expense of everyone else. For all their talk of free market principles, the politicians supporting this bill are blatantly selling out. No party comes out looking good from this as the sponsors are pretty evenly split between Democrats and Republicans. Please look at the post on Doug's Pegu Club blog and see if any of your state representatives are currently listed as sponsors of the bill. I'm glad to say that no Oregon or Washington Reps. have signed on, but there are plenty of states where almost every Rep. is a sponsor. If one of your Reps. is listed as a sponsor, please contact them to protest a bill that does nothing for consumers and seeks only to protect vested interests.
Posted by Jordan at 6:45 PM