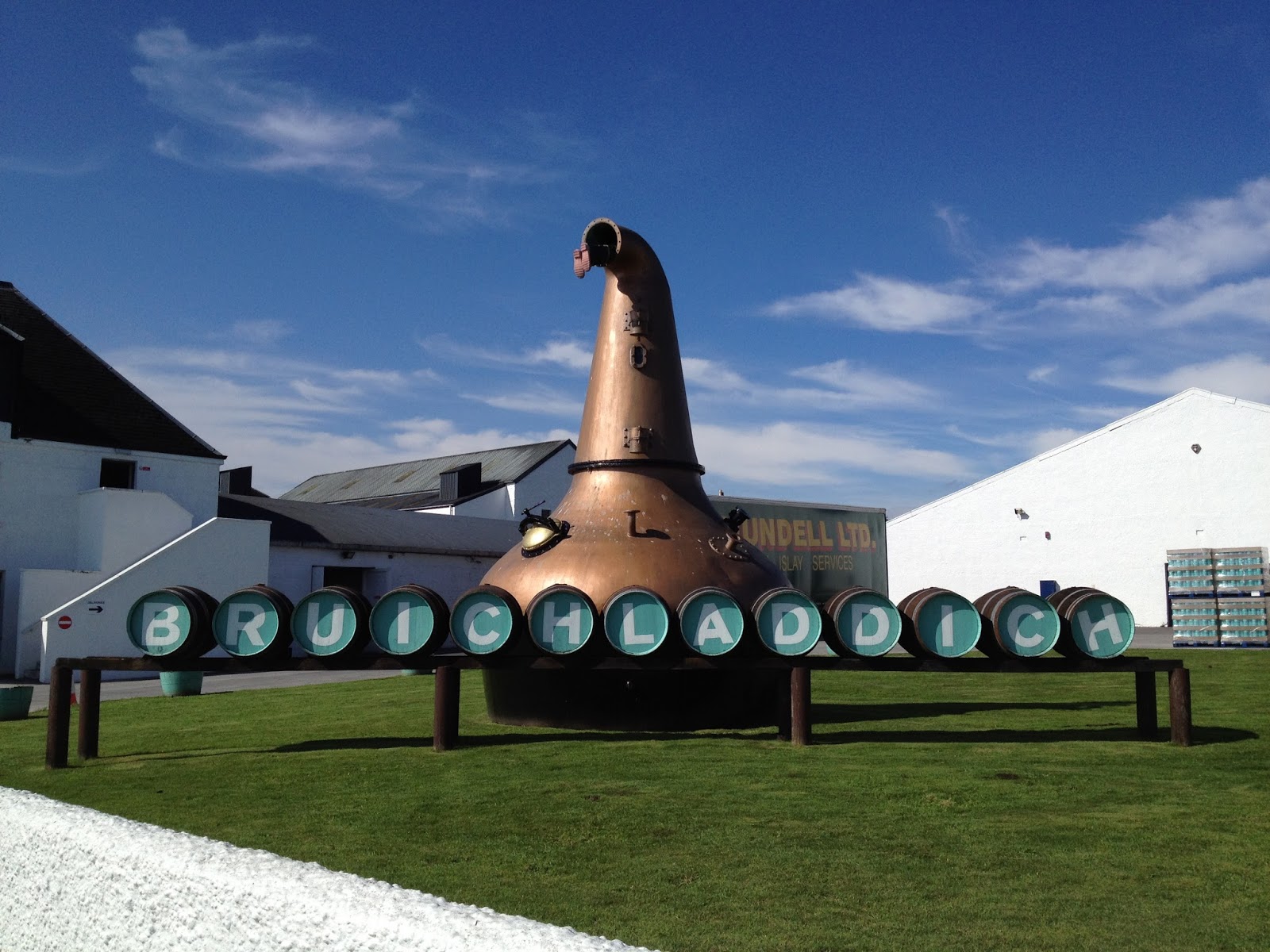 The big news at Bruichladdich in 2012 was their sale to Rémy Cointreau, a large drinks conglomerate. This was shocking to many in the whisky community as the reborn Bruichladdich, after it was purchased by Mark Reynier in 2000, had styled itself as 'fiercely independent'. However, Remy's deal was simply too good to pass up for the numerous investors who had sunk money into the endeavor.

The big question after the sale announced was whether Remy would influence the distillery, pushing them onto a new and more corporate path. Would there be changes in their lineup?

Now we know the answer is yes, though not in the way that many assumed.

Over the last few months, visitors to Bruichladdich's website began to notice that mentions of their age-dated expressions, notably the 'Laddie 10', had been pulled or listed as 'sold out' on their web shop. Rumors began to fly on Twitter that Laddie 10 had been discontinued, but were talked down by the official Bruichladdich Twitter account.

Now there is semi-official word that Bruichladdich will not be offering their age-dated expressions outside of the on-site distillery shop, with the exception of a few Port Charlotte bottlings, the latest of which is travel retail-only. So the Twitter response was correct in that it is not being discontinued per-se, but availability will be nil after current stocks disappear from store shelves unless you're willing to trek out to Islay.

How did this happen? Essentially, it seems that there just isn't enough whisky in the warehouses to keep up with demand. It has been suggested that the Laddie 10 was actually a vintage release, reflecting the barley used in 2001. Even Laddie Classic, which is multi-vintage and presumably contains younger whisky, is only listed for sale as a 200 mL bottle on their own website. The new 'core' releases appear to all be NAS or younger vintage releases of the various barley experiments, e.g. Scottish, 100% Islay, or Organic. This suggests that not all is well in Laddie Land.

I think the most bothersome aspect of all of this has been the lack of communication. There was no formal announcement, which has led to the rumor and speculation. If there isn't enough stock to fill demand, say so, instead of quietly removing information from the website and hoping no one was going to notice. I didn't hear a peep about any changes to the lineup when I visited the distillery last September. The Laddie 10 was still being poured for samples and everything seemed to be going swimmingly.

They certainly wouldn't be the first distillery to drop most of their age statements, so why the stealth? In this day and age of whisky scarcity, it's absurd to think that no one would notice changes to the website or decreasing availability of their age-dated products. There are too many eyes to miss those kinds of changes. Why not get ahead of the rumors and state the situation clearly?

Adding to the situation, this should have been completely predictable. Bruichladdich knows exactly what is in their warehouse and the age of every cask. Demand for the new Laddie 10 was certainly high, but it wouldn't take a whole lot of math to predict the difference between supply and demand once orders started rolling in.  And given the date of the distillery's sale to Remy, the conglomerate had to know that this was on the horizon when the purchase was made. If they didn't, that suggests a rather poor level of due-diligence. And this is exactly the kind of situation that customers were worried about after the sale - a perceived drop in quality as age-dated whiskies are removed from the market. While Remy assured everyone that they would be hands off and let Bruichladdich manage itself, this seems like a pretty major lapse in judgement.

Ultimately, we'll have to wait and see how this plays out within the whisky community. I don't get the impression that this news has been thoroughly disseminated, given that there has not been a formal announcement, so it may be a while before it really sets in. In the meantime, if you happen to enjoy Laddie 10 or any of the other non-core releases, buy them now, because once the distributors are out, they're out and there's no telling when or if the situation will change.
Posted by Jordan at 7:50 AM