Gordon & MacPhail are one of the oldest independent bottlers in Scotland, which means that they not only have access to single casks purchased from the distilleries, but also have long-standing contracts with distilleries around the country to fill new make spirit into their own casks. Thus, unlike many bottles from independents, this one does not have a vintage date, being composed of refill ex-bourbon and ex-sherry casks that have matured for at least eight years before being proofed down to 43% and married for bottling. 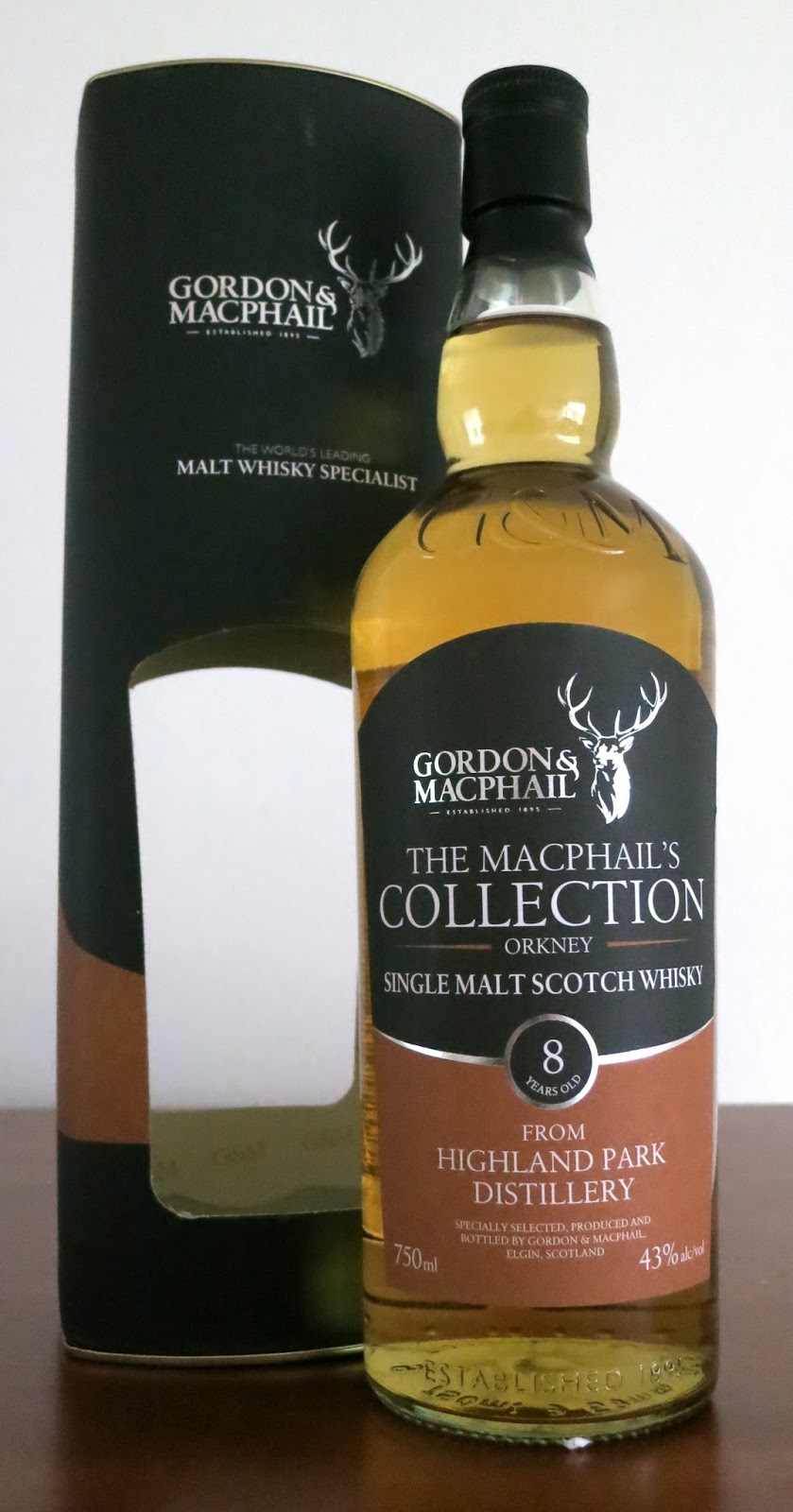 Taste: not particularly dense flavors, sherry influence, a thin layer of peat, and a moderate amount of oak throughout, malt and more peat show up at the back. After dilution, the sherry disappears quickly after a flash up front, it becomes noticeably flatter overall, but the diminished sherry gives more contrast to the peat at the back, though it is somewhat brightened by a burst of pepper near the end, alongside less than entirely pleasant malt notes, with some banana notes hanging around everything.

Bad news first - this can't hold a candle to Highland Park 12 Year. They clearly come from the same distillery, but this one is weaker in every respect except for ABV. Even for a whisky composed from a mix of bourbon and sherry casks, the sherry is a less significant presence than one might expect - either the refill casks used for this whisky must have been filled a few times before, soaking most of the wine out of the wood, or the relatively brief time that it was aged wasn't enough to extract much of the barrel into the spirit.

With that said, while this was clearly made to be a budget single malt, it mostly delivers for the price. It's positioned to compete with blends and does admirably at the task. In a lot of respects, I think it would actually be a great malt for people who are looking to dip their toes into the world of peated whisky - the peat is present, but hardly overwhelming. To a degree, this is surprising, as the intensity of peat tends to wane with time and this is significantly younger than the much smokier OB 12 Year. But it is what it is. If there's at least $15 between this whisky and the OB 12 Year in your local market, then it's worth giving G&M some of your money. Much less than that and I'd stick with the better whisky.
Posted by Jordan at 8:07 AM