Bruichladdich began distilling again on October 23rd, 2001 after being silent for most of a decade. Seven years later, the distillery released a bottling from that very first run, appropriately named The Resurrection Dram.

The whisky was from a single batch of lightly peated (10 ppm) barley and had been aged for seven years exclusively in ex-bourbon casks, then bottled at 46% without coloring or chill-filtration. 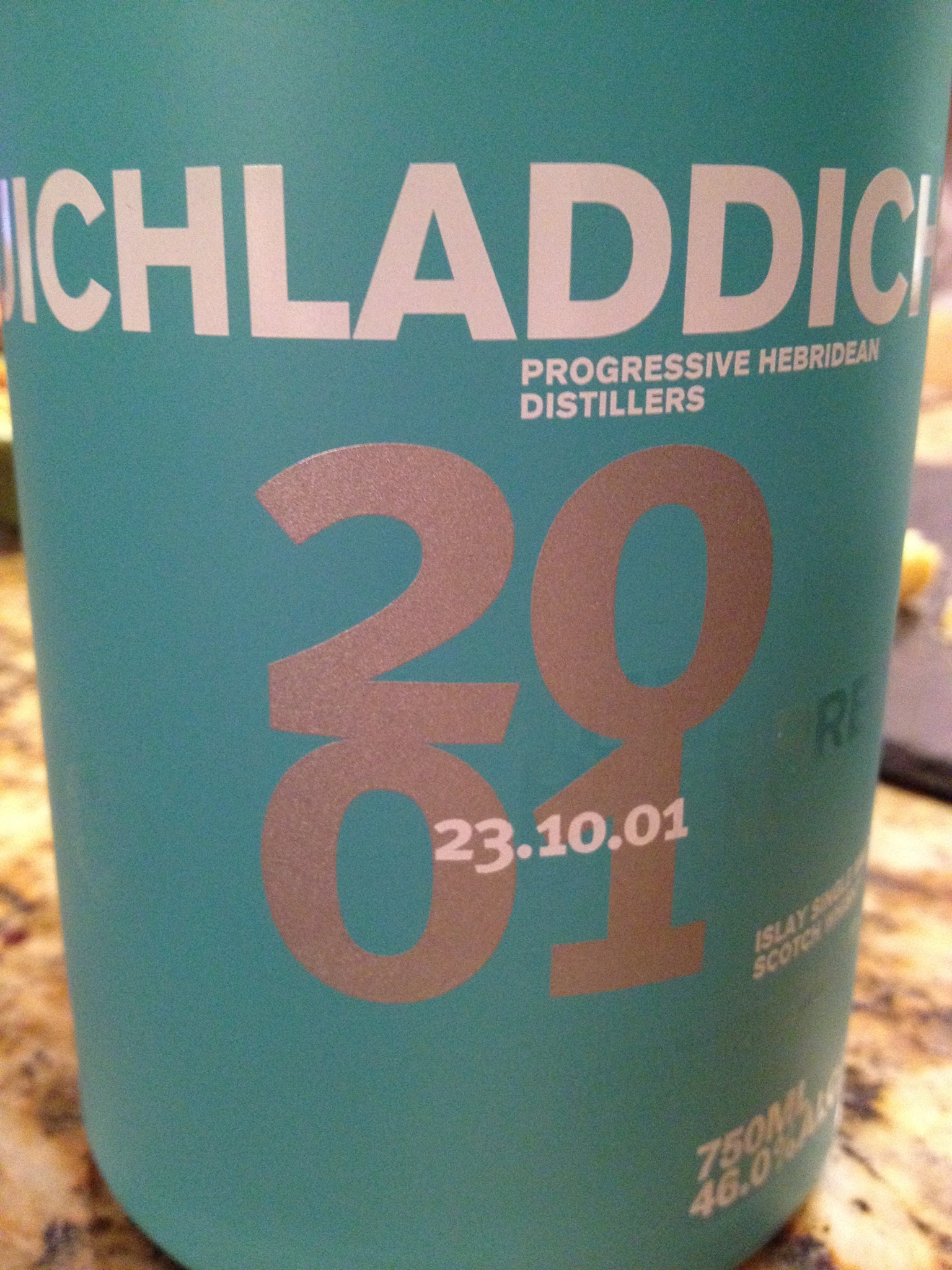 Nose: rather light, gentle and well-integrated vegetal peat, some maritime notes, light oak and a touch of wood smoke, vanilla sugar, malt, slightly floral. After adding a few drops of water, the malt becomes dominate and more vanilla comes out, giving a fresher feel to the whisky, the peat and wood are still present but act more as accents, and a bit of dark chocolate pops out.

Taste: woody - but not overwhelmingly so - throughout, underlying malt, grows sweeter towards the back, gently bitter peat and wood smoke at the back. After dilution, it becomes much sweeter and maltier, with the wood and peat providing a nice balance, alongside some fruity/floral bourbon barrel esters near the back.

This feels like a more refined version of Bruichladdich Waves. Peat is present, but not a dominant flavor, especially after adding a bit of water. While there isn't a whole lot going on (though this was literally the last dram of the bottle, so it may be oxidized), it's quite a nice drink and would have presaged good things to come when it was released in 2008.

In some ways I find this whisky frustrating after the bizarre ride of Laddie 10. If the quality of the Resurrection Dram had been carried forward, I would have a lot more respect and hope for Bruichladdich in the future. It's not a complex whisky, but it was enjoyable and could have gotten better with time and maybe a few sherry casks. But this appears to have been a one-off, so I think we're stuck with funky Laddies instead.
Posted by Jordan at 7:43 AM