Miyagikyo is the second distillery for the Nikka brewing conglomerate, built in 1969. It is located in the northern half of the Honshu (the main Japanese island), in the forested area around Sendai. Unlike most distilleries in Scotland, it can produce both pot-still malt whisky as well as Coffey still malt and grain whiskies at the same facility.

The pot stills at Miyagikyo were built to produce a lighter style of malt whisky, utilizing steam coils to heat the wort and tall stills with rising lyne arms and a bulging ring right above the pot to increase reflux.

This whisky is bottled at 45% - no idea whether it's chill filtered or colored.

Thanks to Ian of PDXWhisky for this sample. 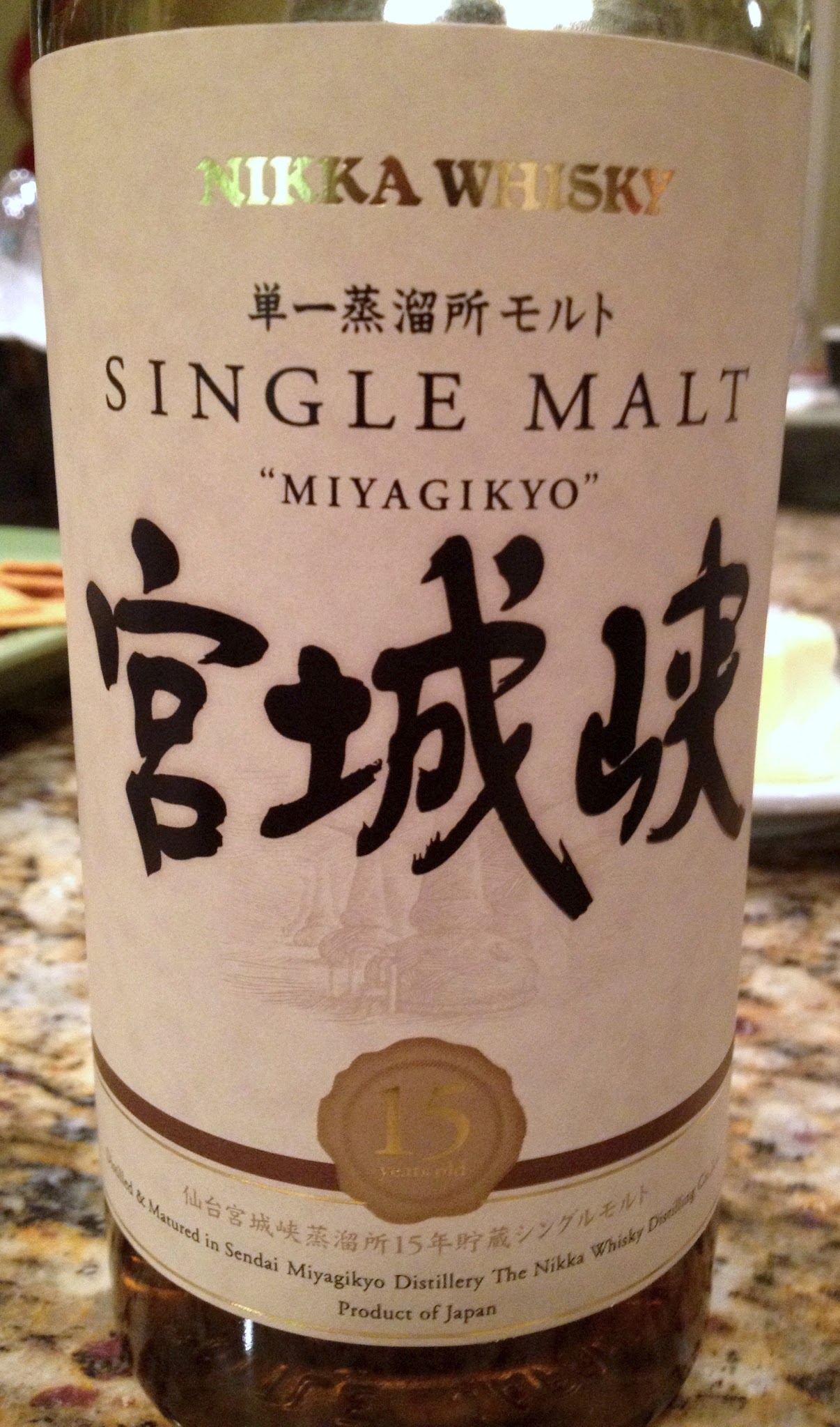 Taste: sharp acidity right up front, quickly becoming sweet malt and sherry, fading into Japanese-style malt (there's a certain vegetal sourness to it) and well-integrated oak tannins. After dilution, the acidity and sweetness become more integrated, the flavors become less distinct overall, the oak comes in sooner, there is more malt at the back and floral overtones through out, the sherry is present but less assertive, and some baking spices (cinnamon and nutmeg) come out at the back.

This is a really nice sherried whisky. I enjoy that it manages to be sherried without overwhelming the malt and also leans towards the savory end of the sherry spectrum, rather than overbearing sweetness. While the bottling strength isn't too high, it's enough to give this whisky plenty of presence. I also liked how well it took water, which seemed to decrease the influence of the sherry while increasing the influence of the malt and oak.

The only problem is that, these days, it comes at a price. Even the younger 12 Year is usually $100 in the States and the 15 Year is anywhere from $120-150. If you can even find it. Japanese whiskies are in demand right now and anything available outside of Japan proper exists only because the distillers are intentionally pulling stock from Japan for the rest of the world.
Posted by Jordan at 8:19 AM