This whisky was released in 2011 to honor their master distiller, Douglas Campbell. He had been working at Tomatin in various capacities for over fifty years, so the concept was to meld together casks from each decade he had been part of the distillery.

All of the whisky going into this expression is unpeated, except for the 2005, which is lightly peated. After being married together, the whisky was reduced to a quite respectable 46%, without coloring or chill filtration. 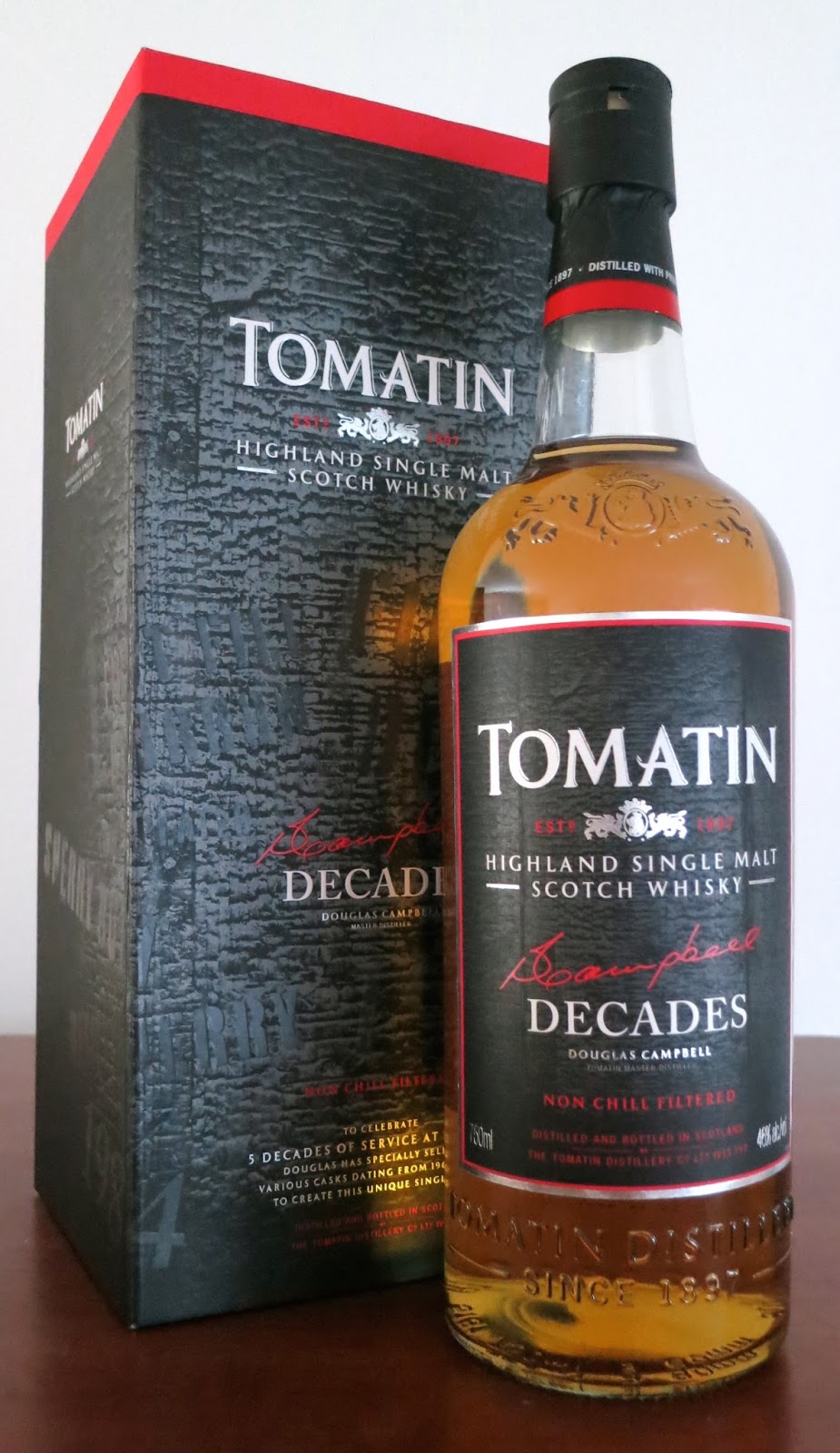 Taste: sweet malt overlaid with polished wood throughout, dank sherry underneath everything, bourbon cask vanilla and caramel, orange, pineapple, and mango mid-palate, segueing into young and old malt, mint overtones. After dilution, the bourbon barrel notes dominate the early palate alongside some honey and graham crackers, with the sherry coming in mid-palate, and the floral notes arriving much earlier.

This is a very interesting malt at a shockingly good price considering the age of the casks going into it. It's mostly rather old whisky (even the 1990 casks were 21 years old when this was bottled) and it shows - there are a lot of similarities between this and the Duncan Taylor Benriach 34 Year I reviewed recently. Similarly, while I found this one very floral, other people are more likely to find Decades very fruity. Everyone responds to esters differently.

As with many old whiskies, this one needs a lot of time and air to really hit its stride. When I first opened the bottle, the young peated whisky was dominating, with its less than pleasant new make character overwhelming the more delicate old whiskies. After a month or so, it really opened up and the peat and new make notes mostly faded into the background. More time in the glass after pouring it also helps to bring out the more nuanced elements as well.

If you can still find a bottle, I would say this is a good whisky to pick up. Old whisky is getting rarer and rarer and this is an opportunity to try some old and lovely stuff at a reasonable price.
Posted by Jordan at 7:54 AM