I've slowly been working my way through Glenfarclas' line, beginning with the 12 Year and moving up to the stellar 15 Year (which unfortunately isn't available in the US). Now thanks to Ian of PDXWhisky, I get to try the older 17 Year.

Glenfarclas' whiskies are aged exclusively in ex-sherry casks and most (with the exception of the 15 Yeaer and vintage releases) are bottled at 43%. They are in all likelihood chill-filtered and possibly colored. 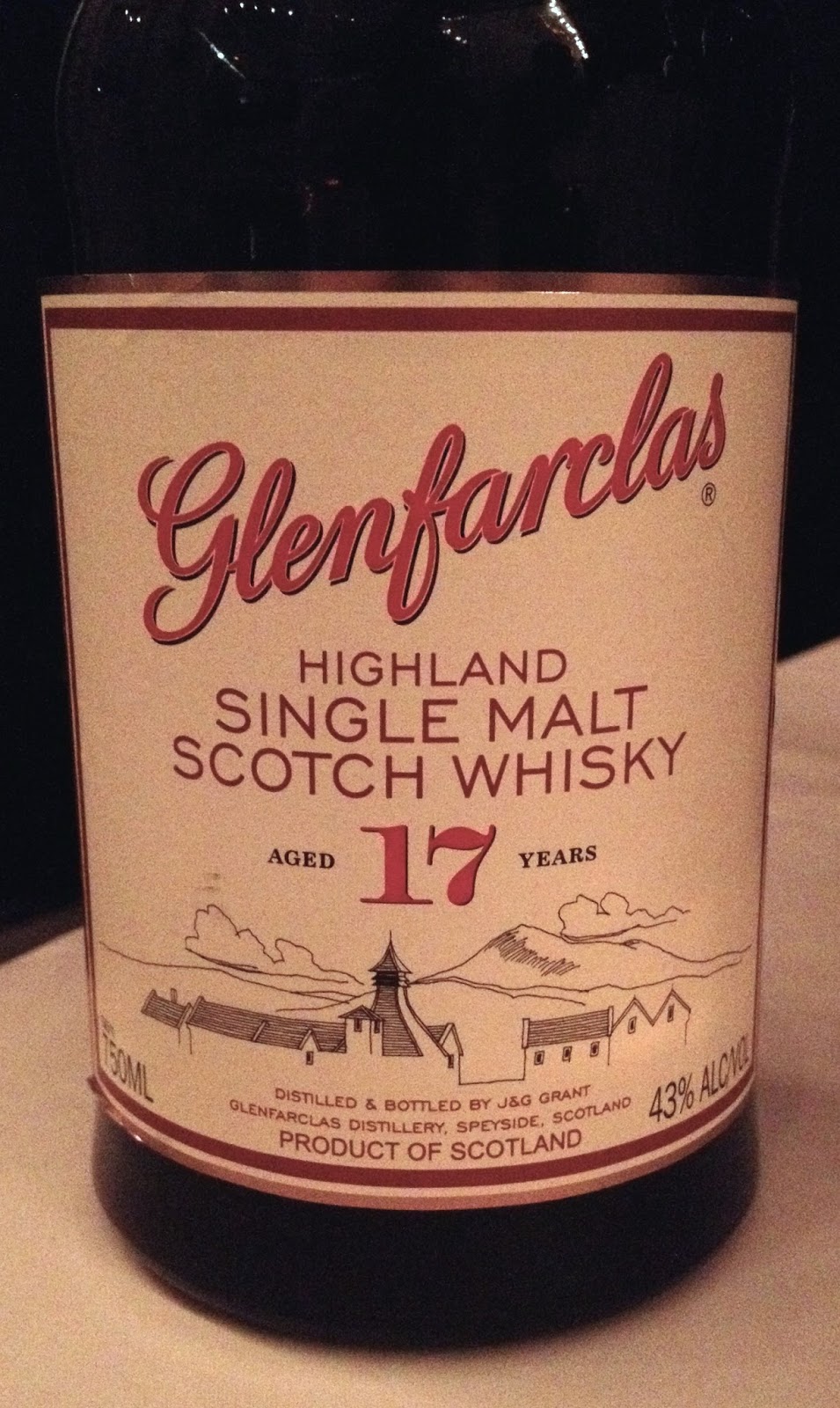 Nose: rich sherry influence (edging towards rancio) over a malt core, moderate and well-integrated toasted oak, solid vanilla, juicy raisins, cherries, oranges, slightly musty/vegetal, lightly floral. After adding a few drops of water, the sherry became more aromatic and punchier - somewhat overwhelming the malt and oak, with a drier character overall, the vegetal/floral notes tuck inside everything else - giving it a fresher character.

Taste: clear but not overwhelming sherry influence throughout, opens with a brief burst of sourness that resolves into tart berries, flowing into moderately sweet vanilla malt, then segueing into very mild oak with a touch of black pepper near the back. After dilution, the initial malt sweetness ramps up, while the oak tannins do the same, while the sherry integrates with the berry notes to give it more pop, and some floral notes wend through everything, giving a less flat experience.

Compared to the 12 and 15 Year expressions, I found this one simpler and more sherry-focused, though also more mature. However, everything was a bit on the thin side, likely let down by the relatively low bottling proof (Glenfarclas is really missing the mark by now upgrading their whole line to 46% like the 15 Year). Water helped to pep it up, but that also made it seem a bit more youthful, which shifts it more towards the character of the 12 Year. Ultimately, while I find this to be an enjoyable whisky, I would take the 15 Year and maybe even the 12 Year first, as both of the younger whiskies have significantly better QPR for me. Beyond Glenfarclas, I think Glendronach (especially the 15 Year) is a better pick for heavily sherried whiskies right now.
Posted by Jordan at 8:35 AM