This month's Mixology Monday theme continues the classic trend from last month's "That's Not a Martini!" by looking at the humble Old Fashioned. One of the last true cocktails in the original sense of being composed of nothing more than spirit, sugar, and bitters, the Old Fashioned was old fashioned by the late-19th century.

"The Old-Fashioned was a drinker's pleas for a saner, quieter, slower life, one in which a gent could take a drink or two without fear that it would impair his ability to dodge a speeding streetcar or operate a rotary press."

Laura at Sass & Gin has challenged us to come up with new riffs on the archetypical cocktail, using the wide array of spirits and bitters now available to the discerning drinker.

My drink was inspired by the Prescription Julep, which takes the traditional Mint Julep and replaces much of its bourbon or rye with cognac, as would have been more common during the 19th century. 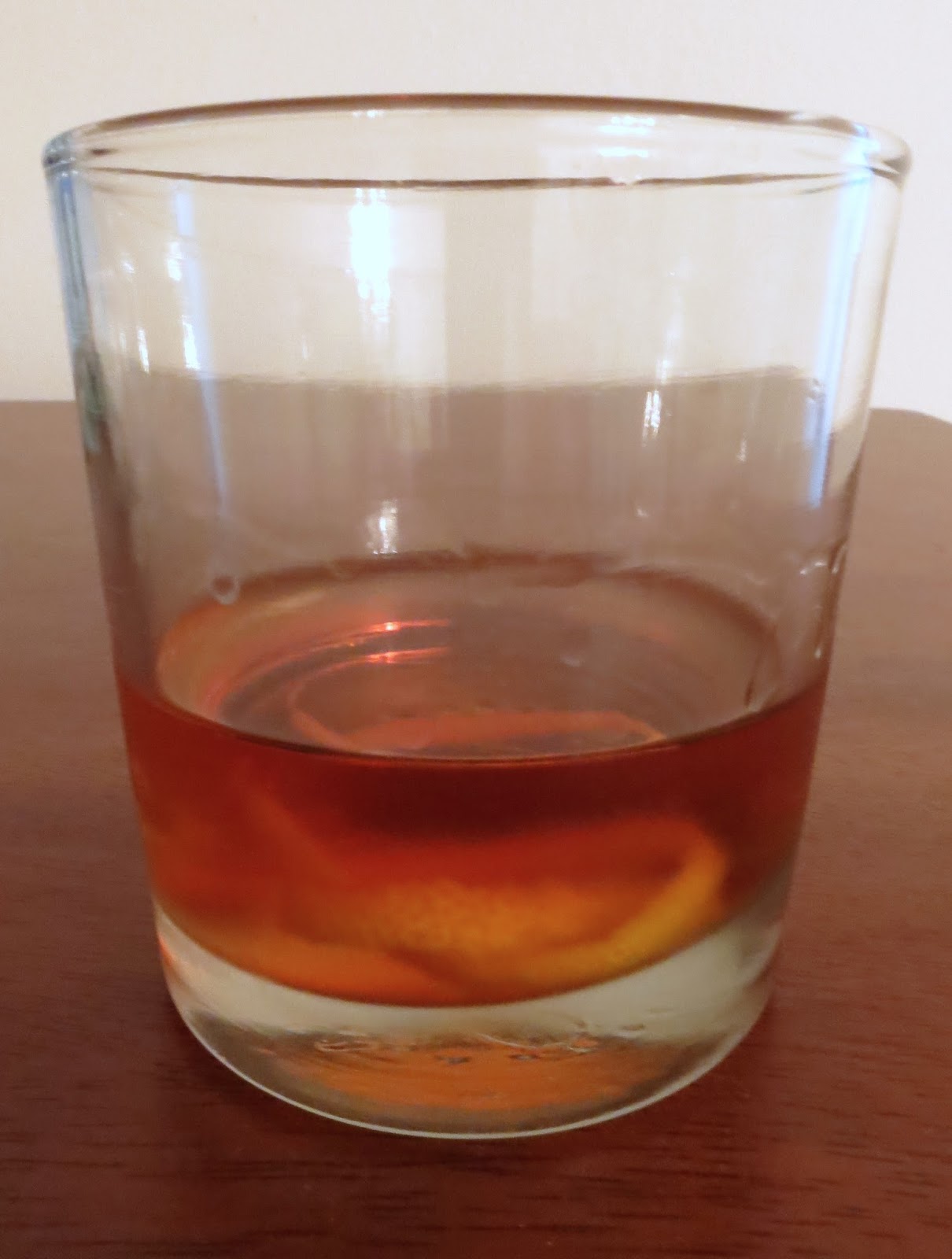 Combine all ingredients, stir with ice for 15 seconds, then strain into a chilled cocktail glass and garnish with a twist of lemon.

The nose leads with the cognac's grape notes, accented by rye grain and lemon oil. The sip leads with cognac, then segues into shifting rye grain/spice and cognac, accented with the bitters and pastis. Most of the action is at the back and in the finish.

Using cognac as the primary base of this drink makes it softer than a pure rye-based version. I like the way that switch transforms it from an on-point drink (lots of herbal/spice notes from the rye, bitters, and pastis) to a counterpoint drink (softer fruit from the cognac conterbalanced with herbal/spice notes from the bitters and pastis). I think this would have been better if I had broken out the Louis Royer Force 53 to give the drink a more muscular base, but Pierre Ferrand Ambre is a totally acceptable, albeit somewhat mellow, choice.

Thanks again to Fred and everyone else keeping Mixology Monday going.
Posted by Jordan at 8:19 AM