Littlemill was, before it was closed in 1996 and then burned down in 2004, the oldest operating distillery in Scotland. Its beginnings go back to the 1772, when it was built in the village of Bowling, along the river Clyde between Dumbarton and Clydebank, northwest of Glasgow. Production carried on largely uninterrupted (except for a brief closure between 1929 and 1931, at which point they ceased triple distillation in favor of double) until 1984, when the distillery was shuttered for the first time. It was rocky from there on, with a brief reopening between 1989 and 1994, when it was was purchased by the Loch Lomond Distillery. For reasons unknown, the new owners never started operating it again, instead dismantling it in the late-90s.

Littlemill appears to have been a slightly odd place during the 20th century, with its owners trying many experimental setups that may or, more likely, may not have improved the whisky. For some time, four of the six stills were fitted with Lomond heads, which contained rectifying plates that were supposed to allow the distillers to produce many different types of spirit from the same stills by increasing or decreasing the amount of reflux. However, they were extremely difficult to clean and didn't appear to produce spirit popular with blenders, as intended. More wildly, the stills were covered in aluminum, presumably to reduce the amount of radiative heat loss. Considering the distillery's fate, it seems like they would have been better off sticking with simple pot stills.

This particular bottle was released sometime in the late-90s or early-2000s from the distillery's remaining stock alongside a 17 year old in a similar bottle, which were both phased out for a 12 year old in the early-2000s. It was bottled at 43%, likely with chill-filtration and maybe a little caramel coloring. While these bottles are getting rather rare, I was able to try a dram at the Highland Stillhouse. 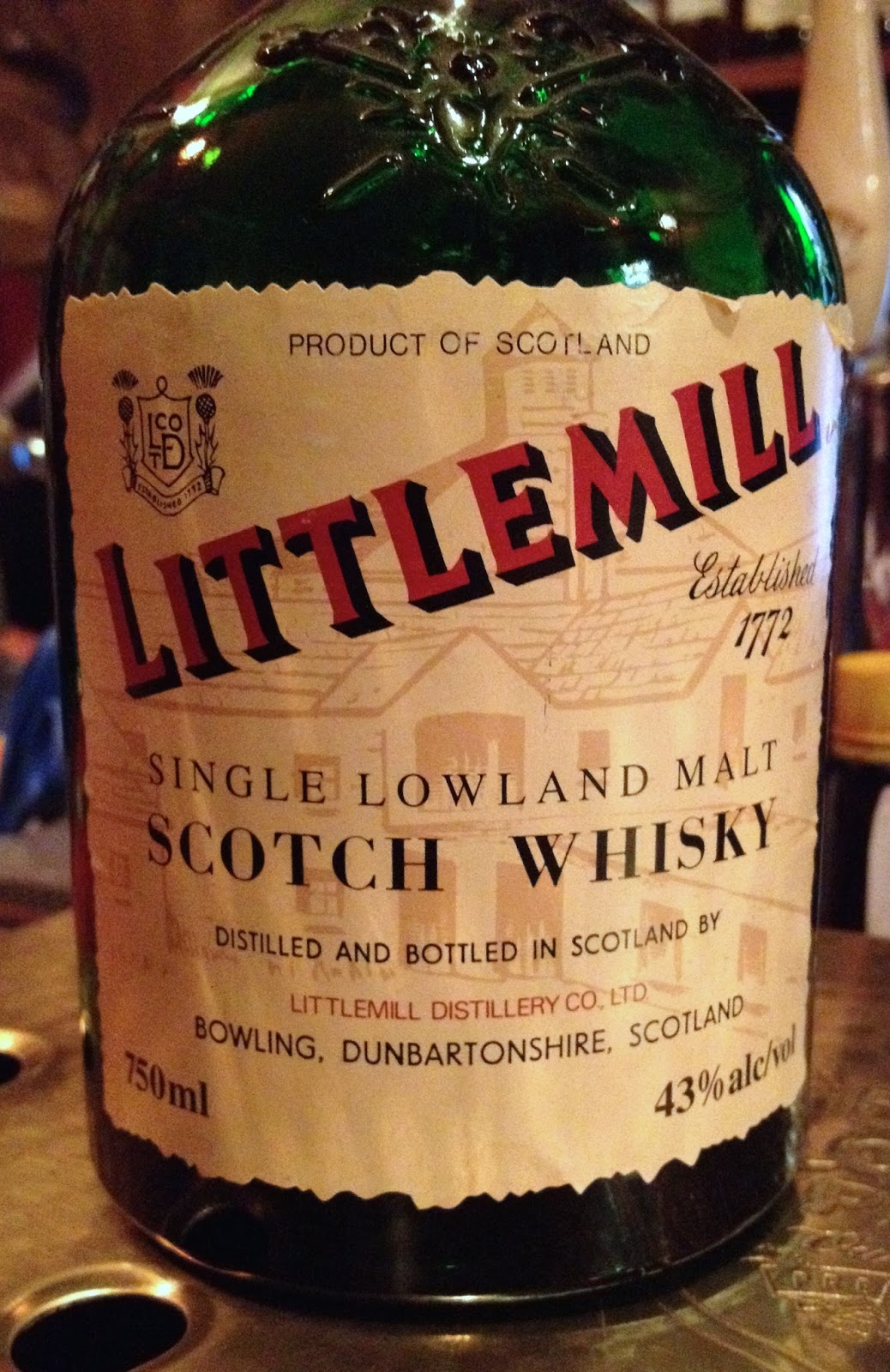 Taste: a lot of new make flavor that is almost covered up by malt sweetness and green apples/grapes, pineapple in the middle, and grainy/bitter malt at the back. After dilution, the green malt/new make notes integrate into the malt sweetness, there is more grainy bitterness at the back, and floral overtones emerge.

This is clearly a young malt without a lot of oak influence. As Michael Kravitz describes them, a 'naked' malt. The new make character is a little too assertive for me to think of this as more than a curiosity, but it gives me some hope for the older 12 Year that I have waiting to open. With a little more time, the new make may have faded in favor of the rather nice fruit esters.
Posted by Jordan at 7:47 AM