After writing my post about blending whisky, I decided to try making a blend with a bit more precision.

This is a roughly even (a milliliter or so off in some cases) split between an Arran Bourbon Single Cask, Signatory Cask Strength Tamdhu 8 Year, Hazelburn 8 Year Cask Strength, and Signatory North British 16 Year for Binny's. All said and done should clock in around 58% and all of the component whiskies were uncolored and un-chill filtered. 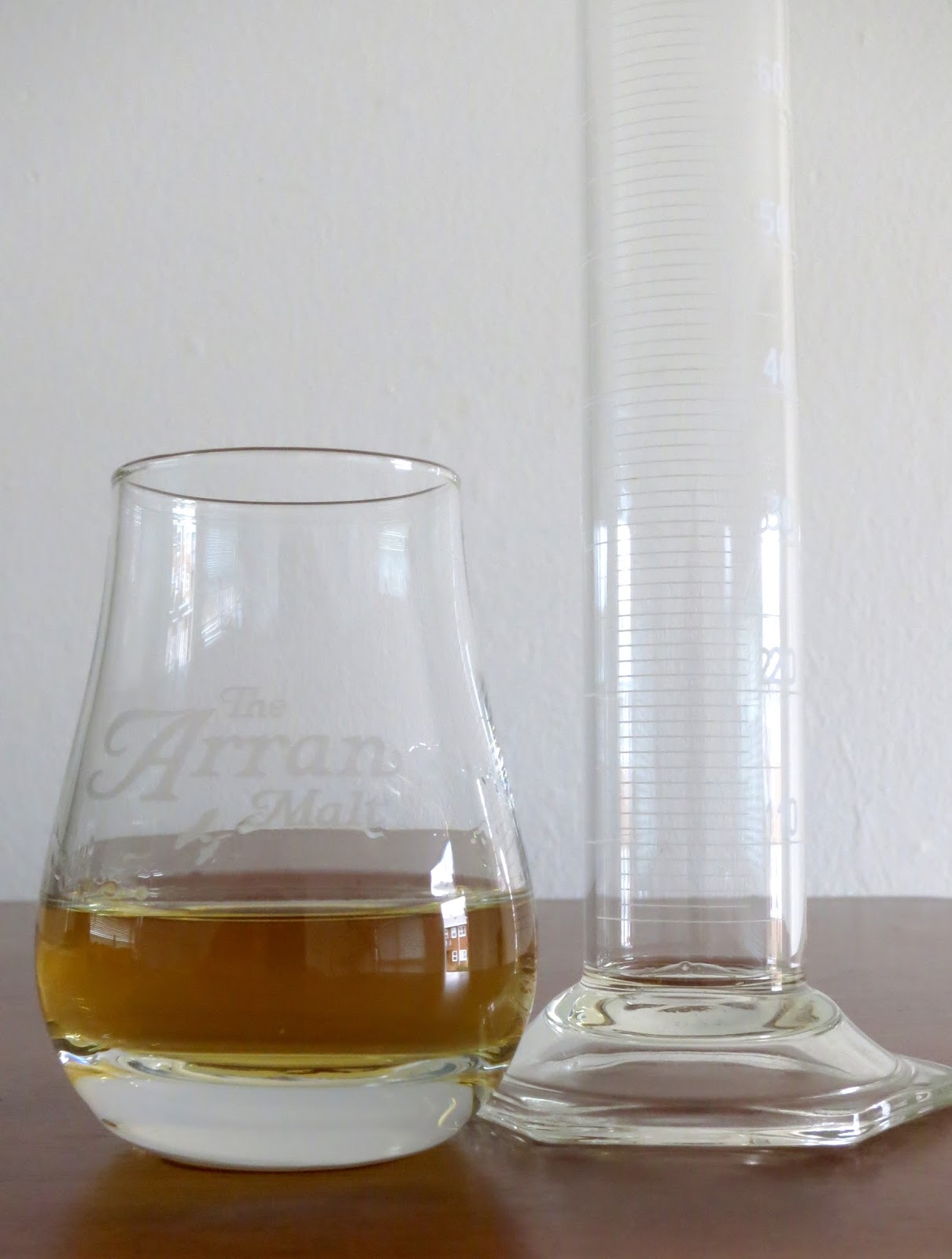 Nose: a thick layer of sherry on top, sweet raisins, fresh malt core, a touch of grain, light vanilla, caramel/brown sugar, something a meaty/savory, a bit of Campbeltown brine, sawdust. After adding a splash of water, the sherry is toned down significantly, letting the dusty grain, brine, and meaty notes shine.

Taste: fruity/dank sherry rides on top of everything, green/lightly peaty/earthy/dirty with dried orange peel and a heavy seasoning of black pepper around the middle, slides into malt/grain, mild oak, and extra pepper. After dilution, the sherry becomes a lighter bottom note rather than a top note, with malt and grain dominating, while the oak almost disappears and the earthy peat becomes stronger at the back.

This fudges Alfred Barnard's classic recipe, but it's close. One Speysider, an Island distillery that hews fairly close to Speyside/Highland, a Campbeltown, and a well-aged grain. Something peated from Islay definitely would have given this more punch, though I was pleasantly surprised by how much of that the Hazelburn brought to the mix. Also surprising was how strongly the sherry from the Tamdhu came through over the other three bourbon cask whiskies. Trying the Tamdhu by itself I found it to not be very intensely sherried, but mixing it with the other three seems to bring that element to the fore. Goes to show that how a malt whisky behaves on its own is not necessarily indicative of how it will behave as part of a blend.
Posted by Jordan at 8:28 AM