I reviewed Aberlour 12 Year once before, but that was when it was still being bottled at 43%. Since then it has been reformulated downwards to 40%, though I believe everything else has remained the same - the 'double cask matured' statement on the front indicates that it is a mix of ex-bourbon and ex-sherry cask whisky, rather than ex-bourbon cask whisky finished in ex-sherry casks.

Let's see how it holds up. 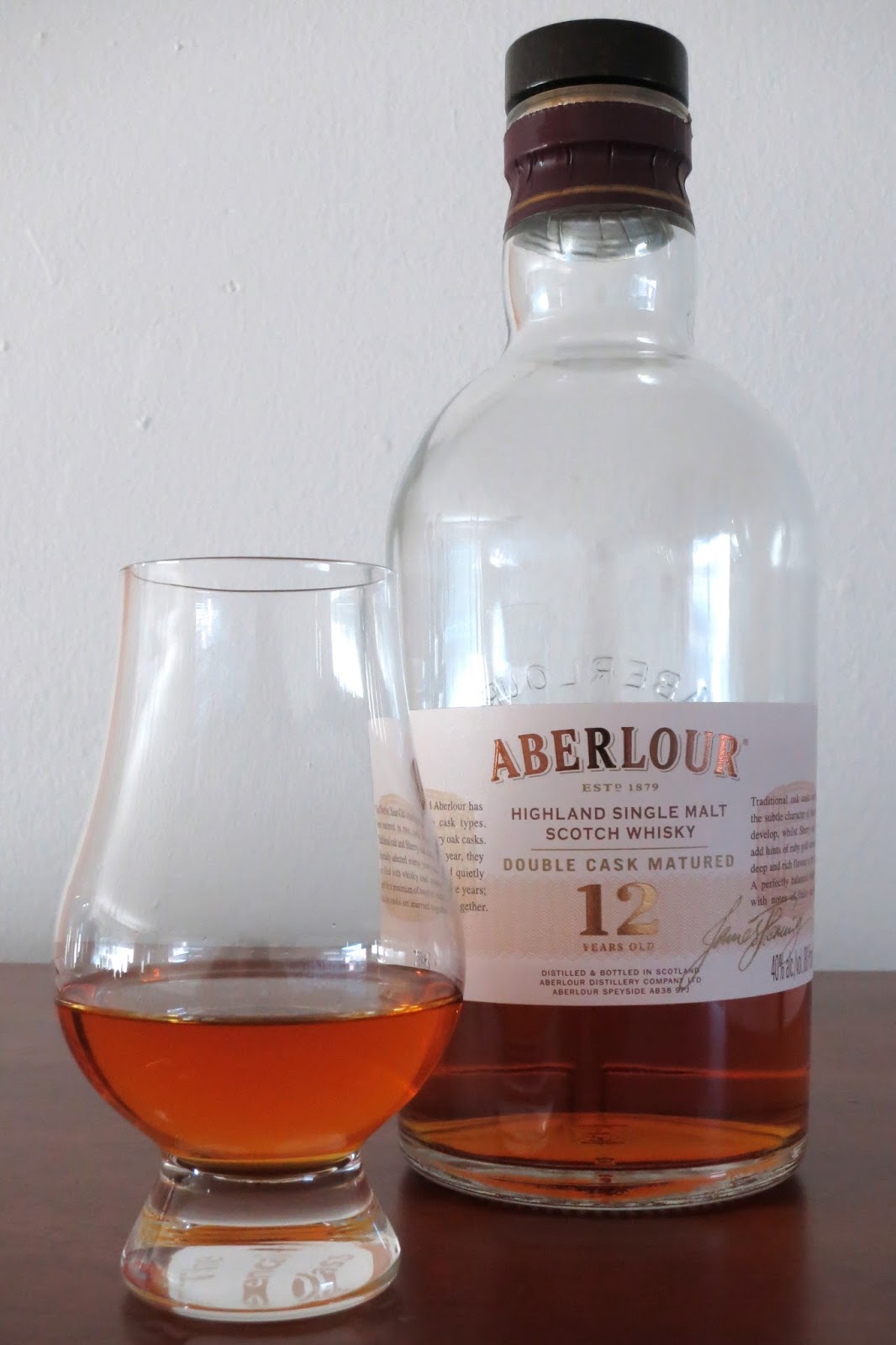 Nose: classic sherry character, green malt with a touch of honey and cotton candy underneath, vanilla, caramel/maple syrup, baking spices, hints of curry powder, and a thin thread of smoke or tar. After adding a few drops of water, the sherry becomes more savory and gives the malt a nutty/roasted/mushroom character, the bourbon cask character becomes more obvious, and some powdered ginger emerges.

Taste: malt sweetness with a thick slab of sherry on top, becoming grainier with raisins, vanilla, oak, and some odd metallic bitterness emerging near the back. After dilution, the sherry becomes more savory and integrates with the malt, giving a less sweet profile overall, with more assertive oak/bourbon cask influence near the back.

While there is still a lot to like about Aberlour, the decreased bottling strength has sapped some of its vigor. While the softness at 40% maybe help to bring some new people into the brand, regulars may find that it doesn't have as much density as it once did. Additionally, it has the odd bitterness that I associate with spirits that are reduced to 40% with chill filtration and coloring. While it may have more to do with the strength than the adjustments, it's a little off-putting either way. Given that I haven't heard of any difficulties in maintaining stock on retail shelves, it's hard to see where the pressure to dilute the whisky is coming from other than the eternal desire for better margins.

It's a shame that Pernod Ricard have gone in this direction, as Aberlour 12 Year would have been fairly high on my list of recommended single malts for sherried whisky fans, but at this point I would have a difficult time pointing someone towards it rather than another sherried Speysider like Glenfarclas.
Posted by Jordan at 8:36 AM