In an earlier phase of the distillery's history, Arran was known (infamous?) for releasing a plethora of different cask finishes. The basic idea was to take relatively young (~8 years old) bourbon cask whisky and transfer it into another cask for a period of 'finishing'. This would add new flavors to the whisky that hopefully complement the distillery character to make something new and exciting.

Fast-forward a few years and the cask finishes have been pared back to three expressions: Sauternes, Amarone, and Port (which I reviewed a little while ago). All of the others were deemed unsuitable for regular release.

Luckily for me, I can still try a number of the less successful cask finishes at the Highland Stillhouse, as I'm quite curious to see how they turned out. This one began its life as eight year old ex-bourbon cask whisky and was then finished for twelve months in Saint-Émilion Bordeaux wine casks from Chateau Fonplegade before being bottled at 50% ABV. 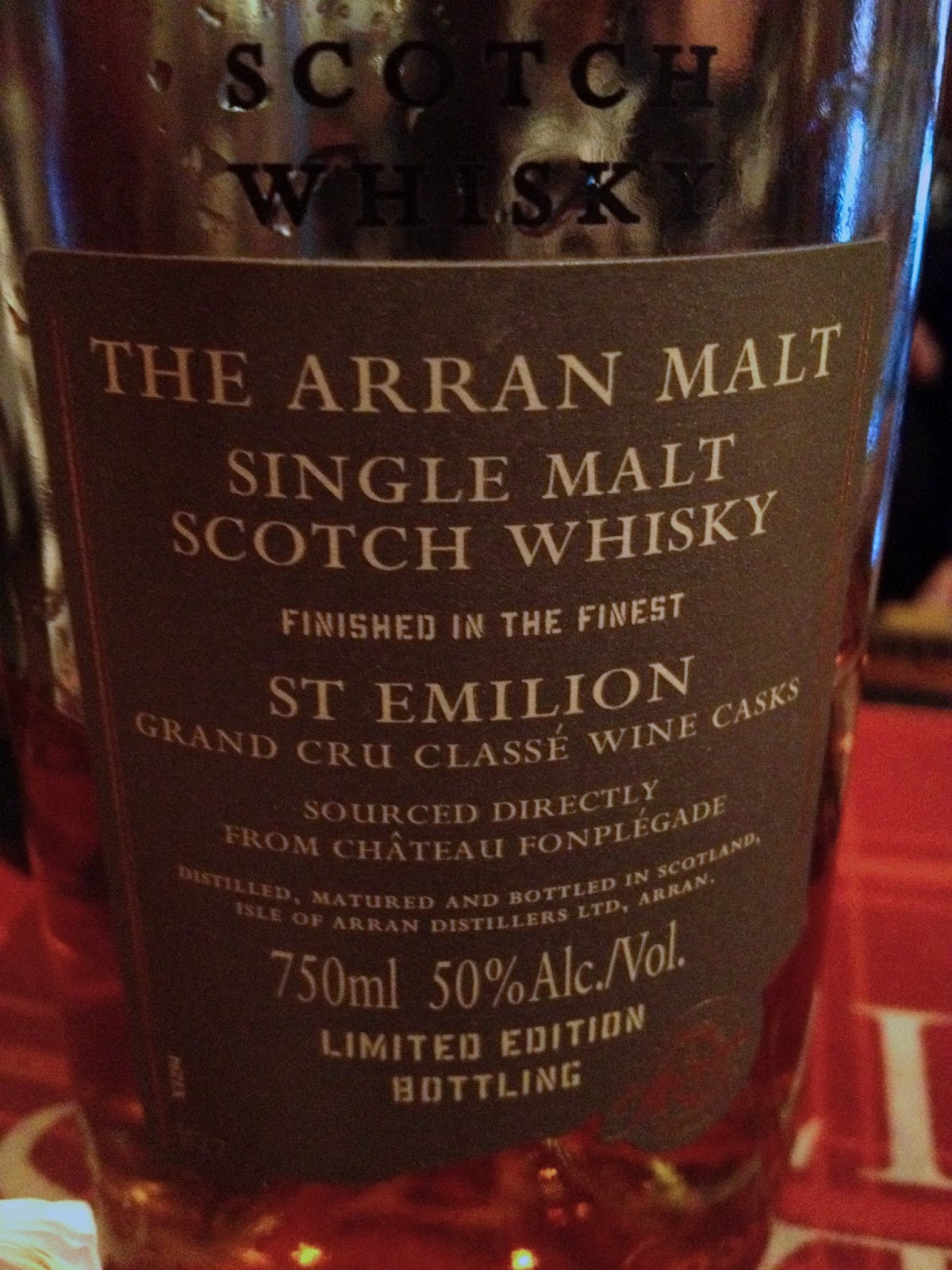 While I generally enjoyed this whisky, I can also see why it didn't become part of the regular lineup. Especially on the nose it still felt a bit young. More importantly, the wine and malt didn't quite mesh in the way one might hope for. With that said, I'm still bummed that I didn't manage to pick up a bottle when it was on sale in Oregon. I can see myself enjoying it again, imperfections and all. If you see a bottle lingering on the shelf, I wouldn't hesitate to grab it.
Posted by Jordan at 7:56 AM