Kilkerran is the product of Glengyle, the third and smallest distillery in Campbeltown. I got a chance to visit the distillery when I was in Campbeltown last summer, so I've been quite interested to try more of their whisky.

The stills at Glengyle only fired up for the first time in 2004, so they have been releasing whisky under the 'Work in Progress' moniker over the last few years as a lead-up to a proper 12 year old - which should be coming in another few years. This particular release was #3 in the series (it's a little bit aggravating that the only way to tell them apart is subtle changes in label color), which was released in 2011. 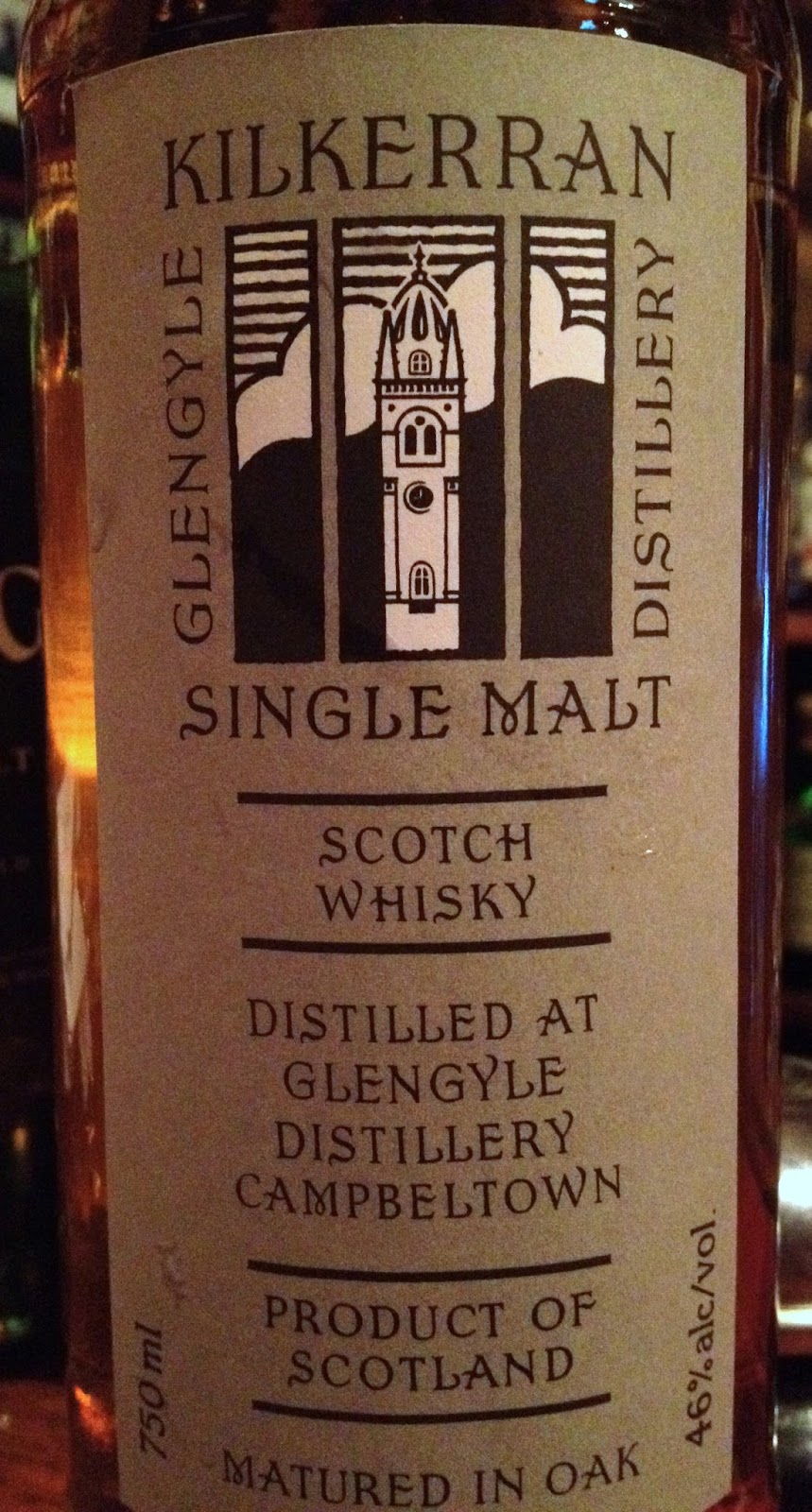 As with all whiskies under the Mitchell family's ownership, this whisky is bottled without chill-filtration and at their minimum strength of 46%. As I so frequently do, I tried this one at the Highland Stillhouse.

Nose: gingerbread, maritime notes, not much smoke, gently malty, hints of new make, nutmeg, coal, a vegetal edge, blackberries. After adding a few drops of water, the maritime notes became much stronger, there was a lot more peat and it seemed earthier, while the gingerbread became an undertone.

Taste: not very sweet, a bit cardboard-y, very light peat smoke and oak, piney new make at the back, very creamy malt, dry ginger and nutmeg. After dilution, the peat grew stronger and stretched throughout the palate, there was more bourbon barrel influence and caramel, it became earthier and more malty, with a little bit of plastic popping out.

I think this may be the first time that my own tasting notes closely match a distillery's published tasting notes for a whisky. The gingerbread notes were strong and a very nice complement to the peat and maritime elements. It was still clearly a young whisky (obviously no more than seven years old) and from bourbon casks, but it was still rather mature for its age and presages good things to come. I currently have the more recent WIP #5 Bourbon and Sherry Wood releases, which I'm looking forward to comparing.
Posted by Jordan at 8:25 AM