I realized recently that I had neglected to note the passing of the third anniversary of my blog, so consider this covering the last two years. 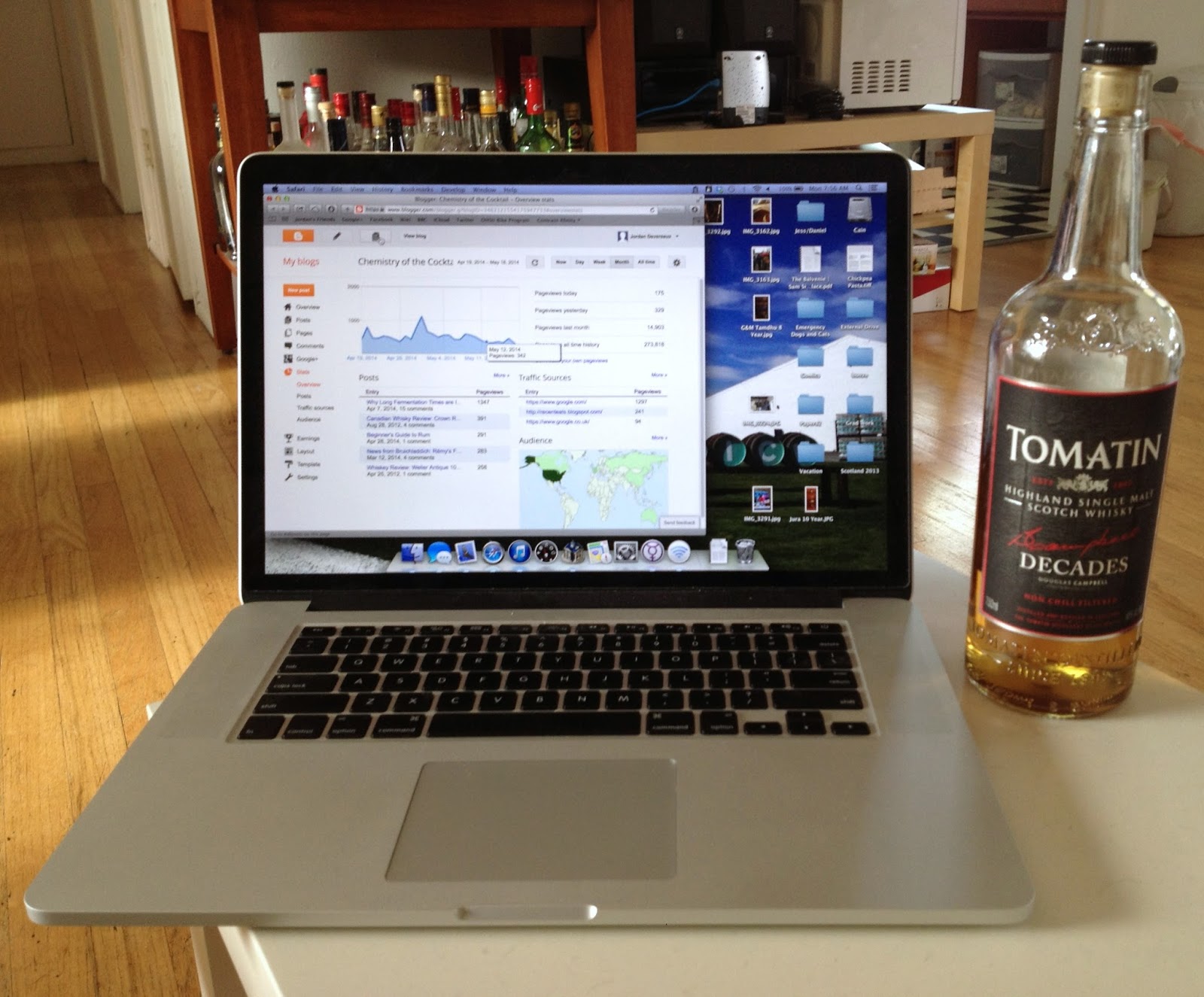 Some observations over the intervening time:

•The biggest and most obvious change over the last two years has been, as noted by Sku, the radical shift towards blogging primarily about whisky rather than cocktails, despite the name. While I still drink cocktails on a pretty regular basis, they tend to be simpler and thus something I'm less inclined to write about, while my attention has been thoroughly captured by the analytical nature of writing about whisky.
•My growing interest in whisky climaxed with a trip to Scotland last year, with the primary intention of visiting distilleries. Though I eventually got a bit burned out on distillery tours, I did learn a lot in the process and absolutely loved traveling through the countryside where most of the distilleries I visited are located. Getting to visit friends who I hadn't seen in a long time was an added bonus.
•The shift in gravity from cocktail blogging to whisk(e)y blogging that I noted in 2012 seems to have mirrored my own growing interest in the subject. While I'm sure some of this is confirmation bias, many if not most of the cocktail blogs I used to follow seem to have dried up, while there is enormous growth in blogging about grain-based spirits. I feel like some of this is that many of the pioneers of cocktail blogging have moved from being amateurs to professionals, which seems to leave less time or interest for writing. There are certainly exceptions to this trend (Cocktail Virgin posts on an almost alarmingly regular schedule), but it does make me wonder if whisk(e)y blogging will go through the same transition over the coming years.
•While my liquor cabinet has remained very full, I have done a good job of cutting down on the number of open bottles in it at any given time. This took a significant mount of time and intention, because I had something like a dozen open bottles of whiskey and scotch and the impulse to open new bottles is still strong. This has gotten it down to a handful, both by outright finishing bottles and by transferring them into smaller bottles, which should keep better. It has been good for my blogging in that it has forced me to make my way through most of a bottle before posting a review, which gives me a lot more time to evaluate a spirit and how it changes over time.
•I've finally started talking about actual science (which has generated a surprising amount of interest) and I have more on tap, which is really exciting.
•This blog was started not long after I began grad school and it's been a fairly constant outlet during that process. While grad school is heading towards the end, this blog is definitely not. I have a growing body of work that I want to write about and look forward to sharing it with you all over the coming years.
Posted by Jordan at 8:02 AM