Blue Hanger is a series of blended malts put together by Berry Brothers & Rudd, each with a different recipe.

This was a 2013 US-only release, unlike every other Blue Hanger, which have been for the UK market. It was bottled at a respectable but not overwhelming 45.6%, without chill filtration or coloring. 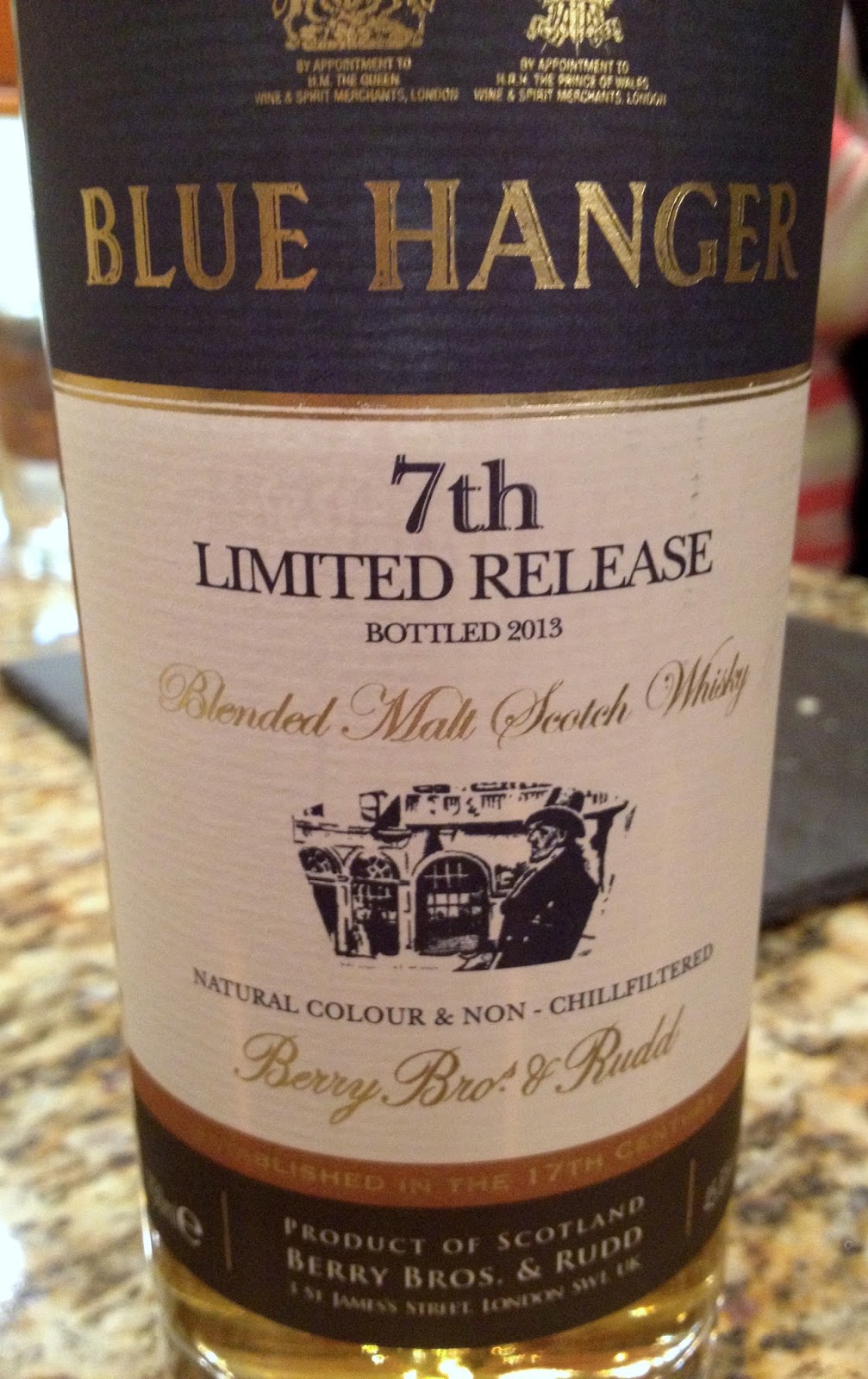 Nose: savory and oak-y, with accents of dry wood smoke, salty bacon, and caramel, minor sherry influence. After adding a few drops of water, the oak becomes less pronounced, with the focus shifting towards the malt and peat, with hints of new make poking out.

Taste: also savory, with an undercurrent of sweet grassy caramel and overtones of floral peat smoke, barrel notes throughout - wood spices and char, malt comes in near the back. After dilution, some of the grassiness becomes root vegetables and new make spirit, the sweetness becomes more pronounced,

So, overall, while I like this idea of this whisky, I don't enjoy the experience enough to drop $100 on a bottle. The price is justified by the old Bruichladdich and Bunnahabhain, but I'll give it a miss. You may enjoy it more than I did, but I would lean towards trying a sample before you buy it, unless you're very sure that you're OK with some new make notes in your whisky.
Posted by Jordan at 8:23 AM