Artein was the third limited release in Glenmorangie's 'Private Edition' line, announced at the beginning of 2012.

The whisky is composed of two thirds 15 year old and one third 21 year old ex-bourbon casks that were then finished in Sassicaia "Super Tuscan" Bordeaux-style red wine casks. After marrying it together, the whisky was proofed down to 46% and bottled without chill filtration or coloring.

I had a pour of this whisky at the Highland Stillhouse. 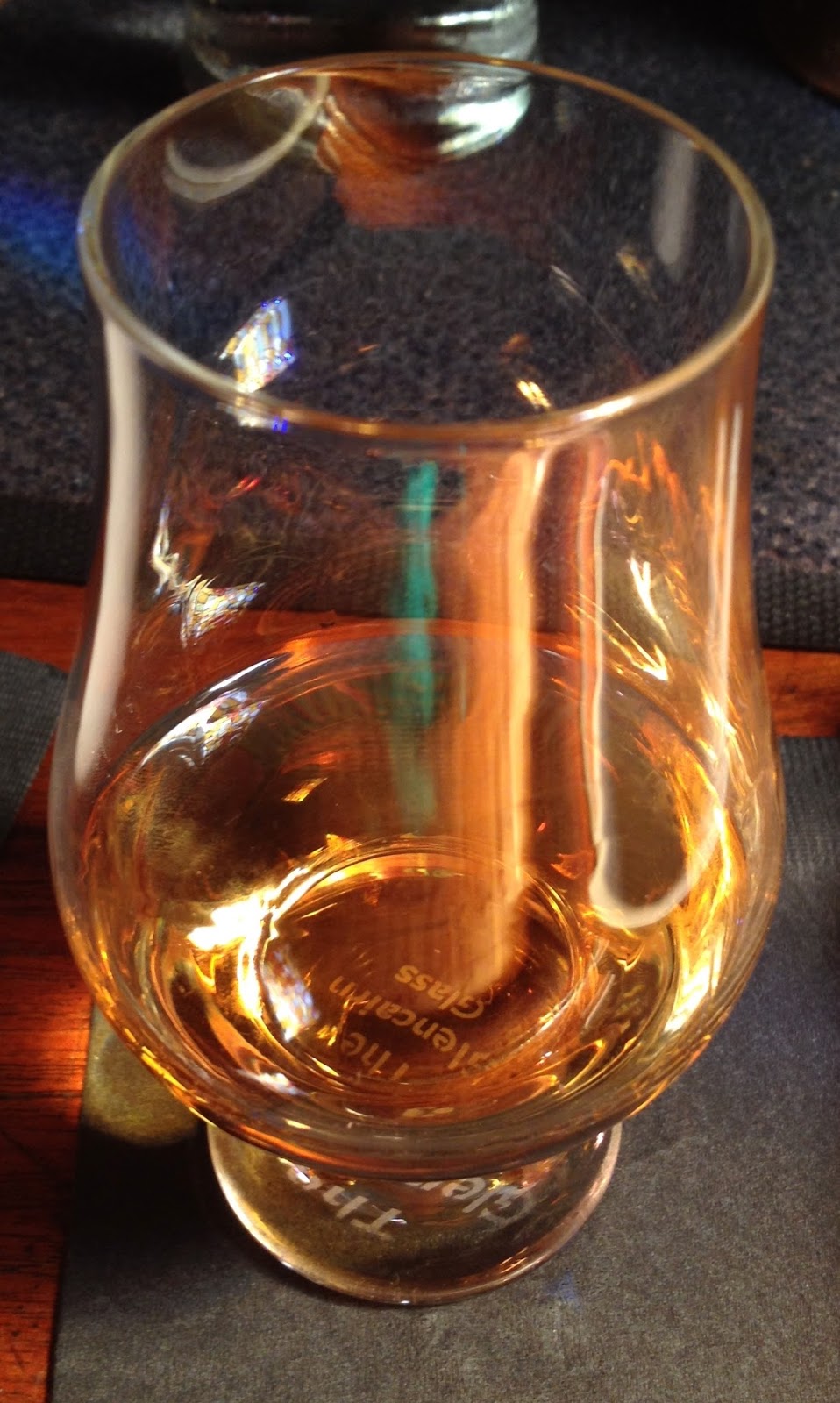 Nose: lots of wine/berry esters, underlying malt, a pleasant whiff of sulphur, raspberry jam, oak is buried in the other notes, creamy vanilla, milk chocolate undertones - but elements are not well integrated overall. After adding a few drops of water, the malt and wine integrate more - but the result is kind of thin, creamier, more milk chocolate, more sherry-like wine, more toasted oak.

Taste: rather malty throughout, sour wine note ride on top, mixed with sharp but not particularly intense oak (tastes like the ex-bourbon casks were kind of tired), vanilla extract. After dilution, it becomes more integrated but still lacks a well-defined structure.

This is a really interesting contrast with Glenmorangie Companta - Artein feels like the first unsuccessful try. The red wine is present, but hasn't properly integrated with the malt whisky. Additionally, while the whisky here is older, it tastes like it came from more tired casks - there aren't enough oak tannins to give it structure. Overall I'd give this one a miss - if you like red wine finishes, Companta is the superior product.
Posted by Jordan at 7:51 AM