Sonalta PX was the first release in the 'Private Editions' line of whiskies from Glenmorangie. As the name suggests, it was made from 10 year old ex-bourbon cask whisky finished in Pedro Ximenez sherry casks for two years, as with the rest of their standard cask finishes. As with most of the whiskies in this line, it was bottled at 46% without chill filtration or coloring.

This is another one that I got to try at the Highland Stillhouse. 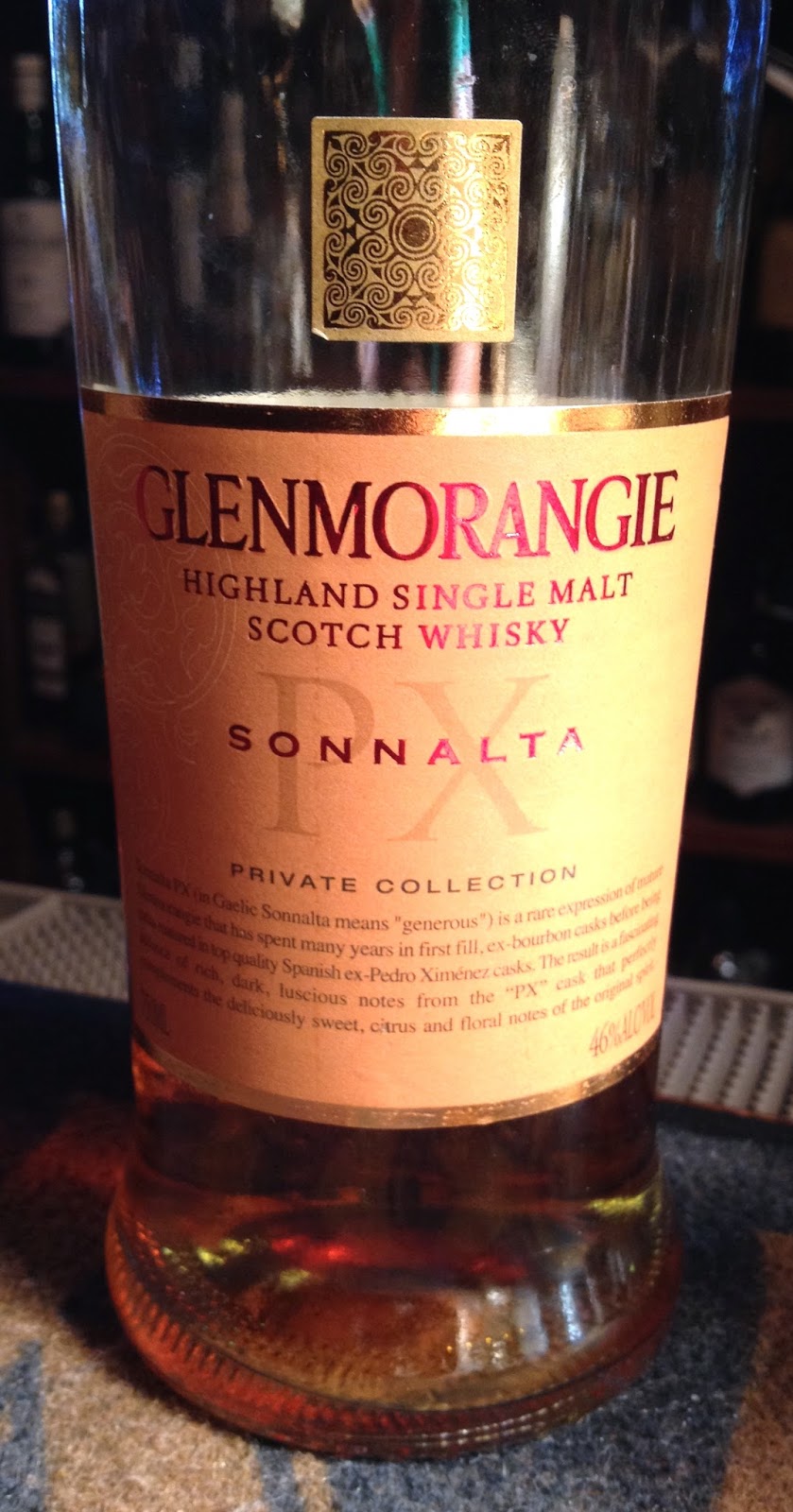 Nose: mushrooms, PX sherry undertones (brighter with time), dank, savory. After adding a few drops of water, there is more sherry presence and some cooked raisins.

Taste: mixed malt and subtle sherry sweetness, fades into very mild oak and some dankness. After dilution, the sherry/malt combo is more vibrant and shifts towards bittersweet, there is more oak at the back, the fruit notes are brighter, some grain whisky, raisin, and cocoa powder notes emerge.

While my notes sound kind of simple, I enjoyed this more than any of the others I reviewed this week. Despite PX sherry generally being one of the more robustly flavored varieties, it's surprisingly subtle in this context. The fact that I mostly get dank savory character rather than overwhelming sweetness is really fun.

I really wish I could spend more time with this one, as I feel like there's a lot of character that I wasn't able to get at from one short drink, but unfortunately this one was snapped up long ago. It's a shame that most of Glenmorangie's subsequent cask finishes have dominated the spirit rather than working with it - this more delicate approach is a nice change of pace.
Posted by Jordan at 7:48 AM