This one comes from Signatory's Un-Chill Filtered collection, which, as the name suggests, isn't chill filtered and is thus bottled at a respectable 46%. It comes from a single sherry butt, which I'm guessing was a refill rather than a first-fill cask. 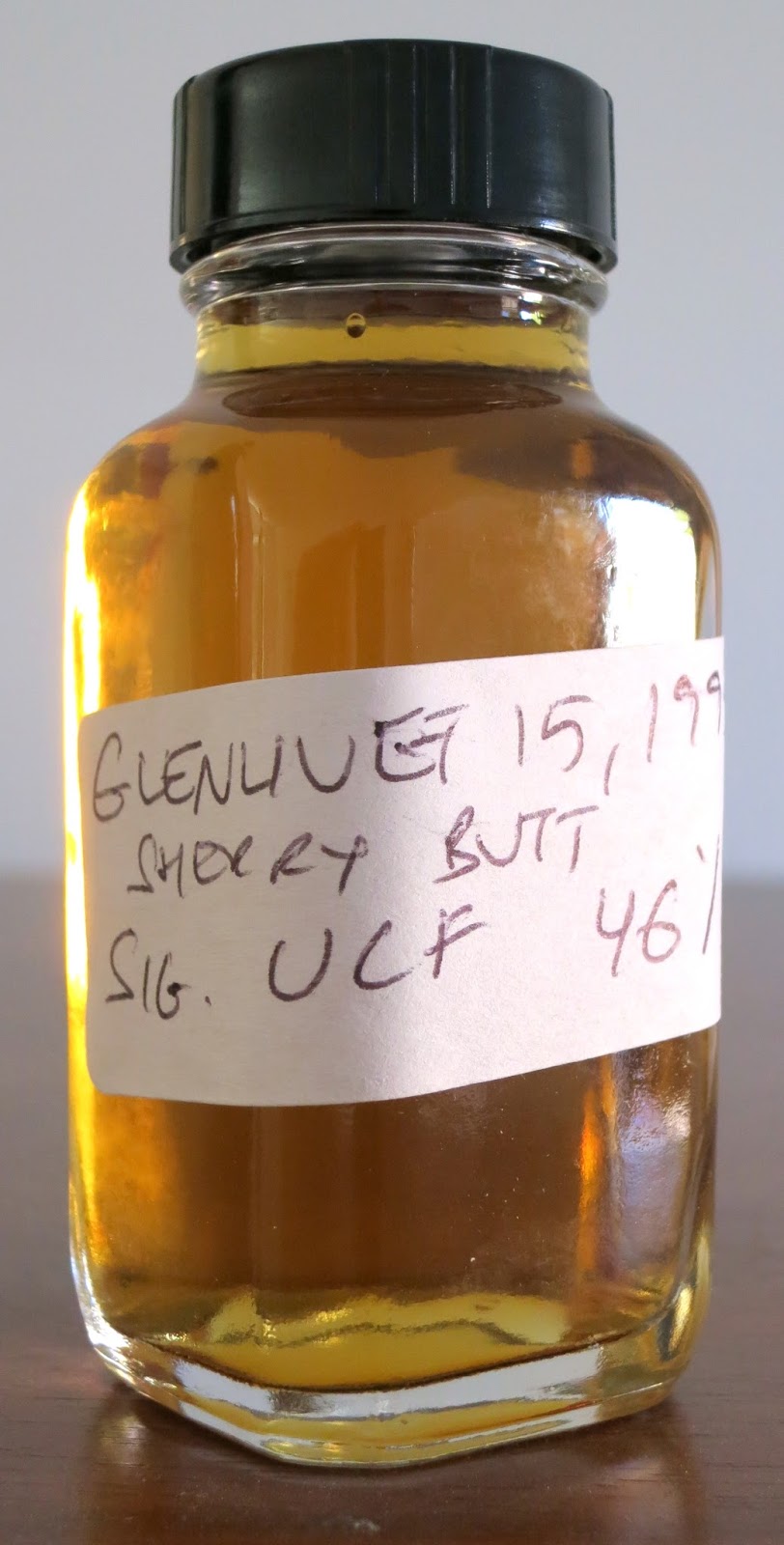 Taste: overlay of sherry on top of sweet malt that fades into bittersweet oak with a vegetal edge, apple skins, hints of lemon/lime, some vanilla and baking chocolate from the middle to back. After dilution, the palate becomes sweeter and more integrated, with the oak bolstering the other flavors, which actually makes it more pleasant as the flavors clash less,

The best I can say for this one is that it's not bad. There are no obvious flaws, but it's not particularly exciting either. There is improvement after adding some water, but it's not quite enough to rescue it from the doldrums. With that said, it's definitely better than the other OB Glenlivets I've had, so there's that. So it's pleasant, but not something I would go out of my way to find. If you see a bottle for under, say, $60, it's worth grabbing as an easy-drinking malt.
Posted by Jordan at 8:16 AM