This was the return salvo from Ardbeg in the peat wars that had been touched off by Bruichladdich's Octomore. The malt for this release contained roughly twice as much phenol (100 ppm vs. 50 ppm) as their normal spec, though it never reached the stratospheric heights that Octomore has explored.

This release was bottled at a hefty 58.9%, presumably without coloring or chill filtration as is now standard at Ardbeg.

Thanks to Ian of PDXWhisky for letting me kill his bottle. 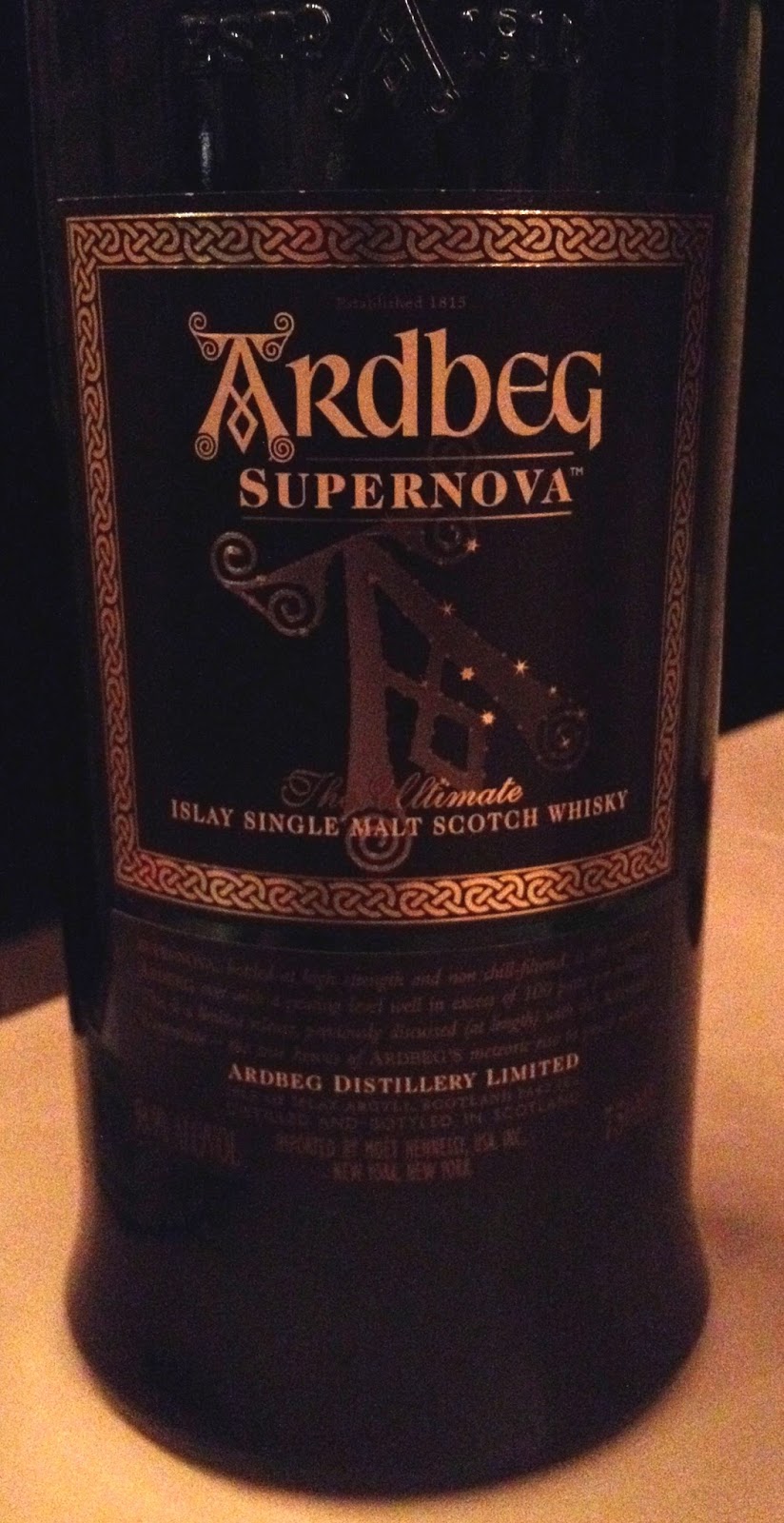 Nose: classic Ardbeg peat with clean malt and a touch of salt underneath, fresh grass and wildflowers, damp wool, seed/nut/olive oils, very gentle oak, bourbon cask berry/fruit notes, hints of cured meat, charred wood. After adding a few drops of water, the peat settles down a bit and integrates with the malt, though it seems a bit younger overall,

Taste: big malt and wood sweetness explodes up front and fades slowly across the palate, a thick layer of oily/dirty peat is not far behind, though the alcohol heat muddles things around the middle, becoming earthier/muddier further back where it is joined by a moderate dose of oak tannins. After dilution, the peat and malt are more in balance and are joined by more aggressive wood, stronger bourbon cask fruit, and some anise top notes, with used coffee grounds showing up at the back, giving a rather different evolution,

As would be expected, the peat is front and center here, even more so than in Ardbeg's other, admittedly rather peaty, releases. At the same time, it doesn't completely overwhelm the malt or cask influence, which keeps it from being unidimensional. Overall I'd say this works better than the Octomore 01.1 I tried, due to the greater cask influence and more enjoyable peat character.

With that said, I don't like this enough to pay the crazy money that even the more recent release of Supernova is going for. It's worth a try, but not at $200, which seems to be the low end by now. I'll probably stick to something more affordable like Corryvrecken, which is plenty peaty.
Posted by Jordan at 7:52 AM