Black Bull is one of Duncan Taylor's lines of blended whisky. Its claim to fame is that all (almost all?) of its blends contain at least 50% malt, which is very high for modern blended whisky. Additionally, most are bottled at 50% ABV, which is also higher than most. So, as the name suggests, they are touted as being very robust. 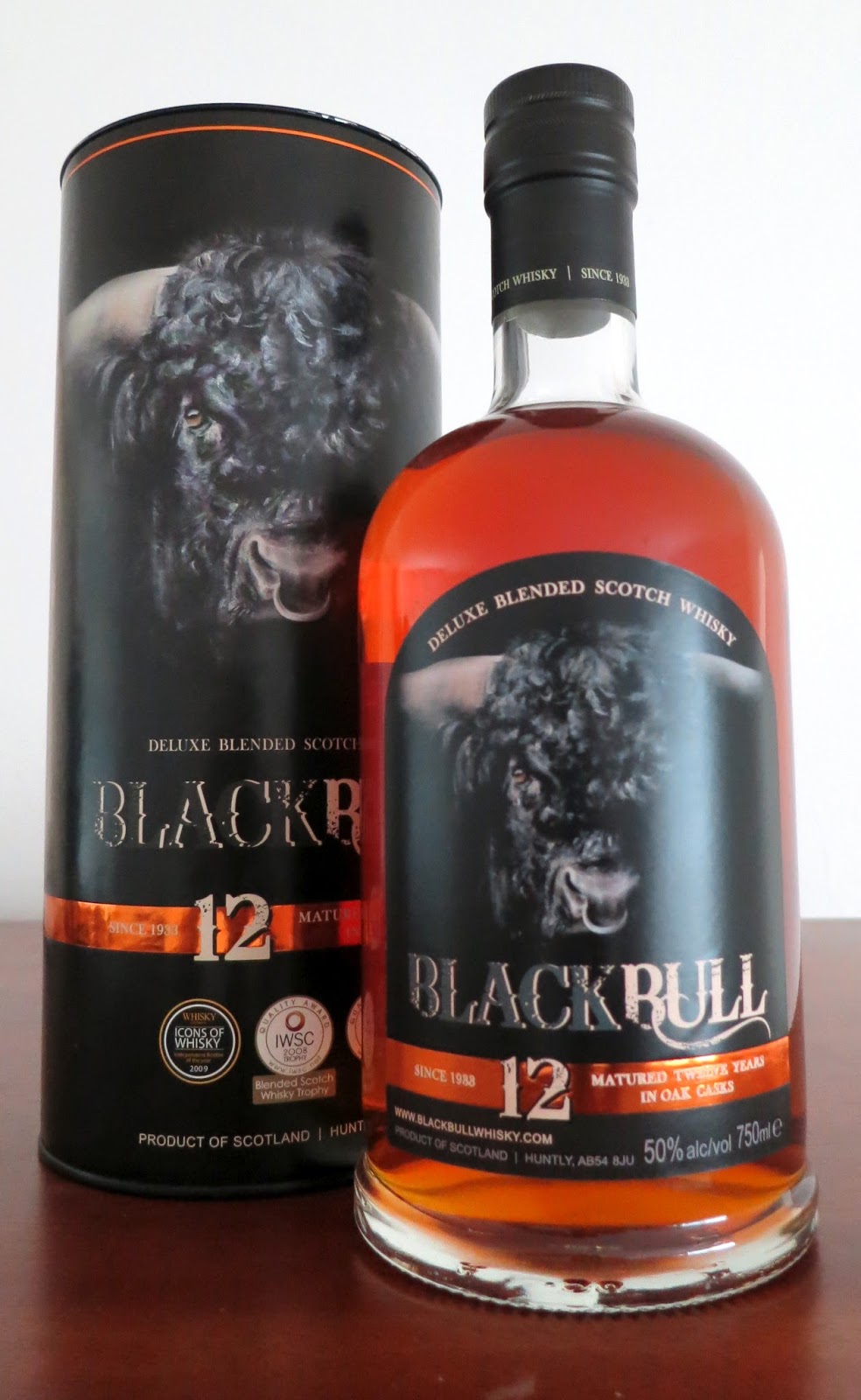 Nose: maple syrup, caramel, and molasses, primarily American oak and a touch of French oak, tropical fruit, cherries, raisins, peaches, and berries, grain (wheat), vanilla, nicely sherried, light baking spices. After adding a few drops of water, the grain, sherry, and oak integrate nicely, though there is something of a decrease in complexity.

Taste: sweet grain and malt, quickly tempered by moderate oak tannins, light floral notes and a slightly metallic bitter edge (probably from the grain) starting in the middle, then some sherry, raisins, vanilla, and drier grain appear near the back. After dilution, the various elements integrate to give a continuous rather than evolving experience.

For a blend without any peat, this is really pretty good. The higher ABV and malt content, plus the decent amount of age of all the component, mean that it has fairly strong presence without many of the rough edges found in blends with younger grain whisky. With that said, the grain component, especially the that bitter metallic note, is still noticeable, so it's not going to be mistaken for a malt. Additionally, it took a while for the whisky to open up - for the first third or so of the bottle the maple syrup notes really dominated and washed out the other elements.

It is definitely priced as a 'premium' blend, usually somewhere in the mid-$40 range. Given the components, proof, and taste, I would say that it's a good buy around there. If you can find this for under $40, then it is definitely worth picking up.
Posted by Jordan at 8:29 AM