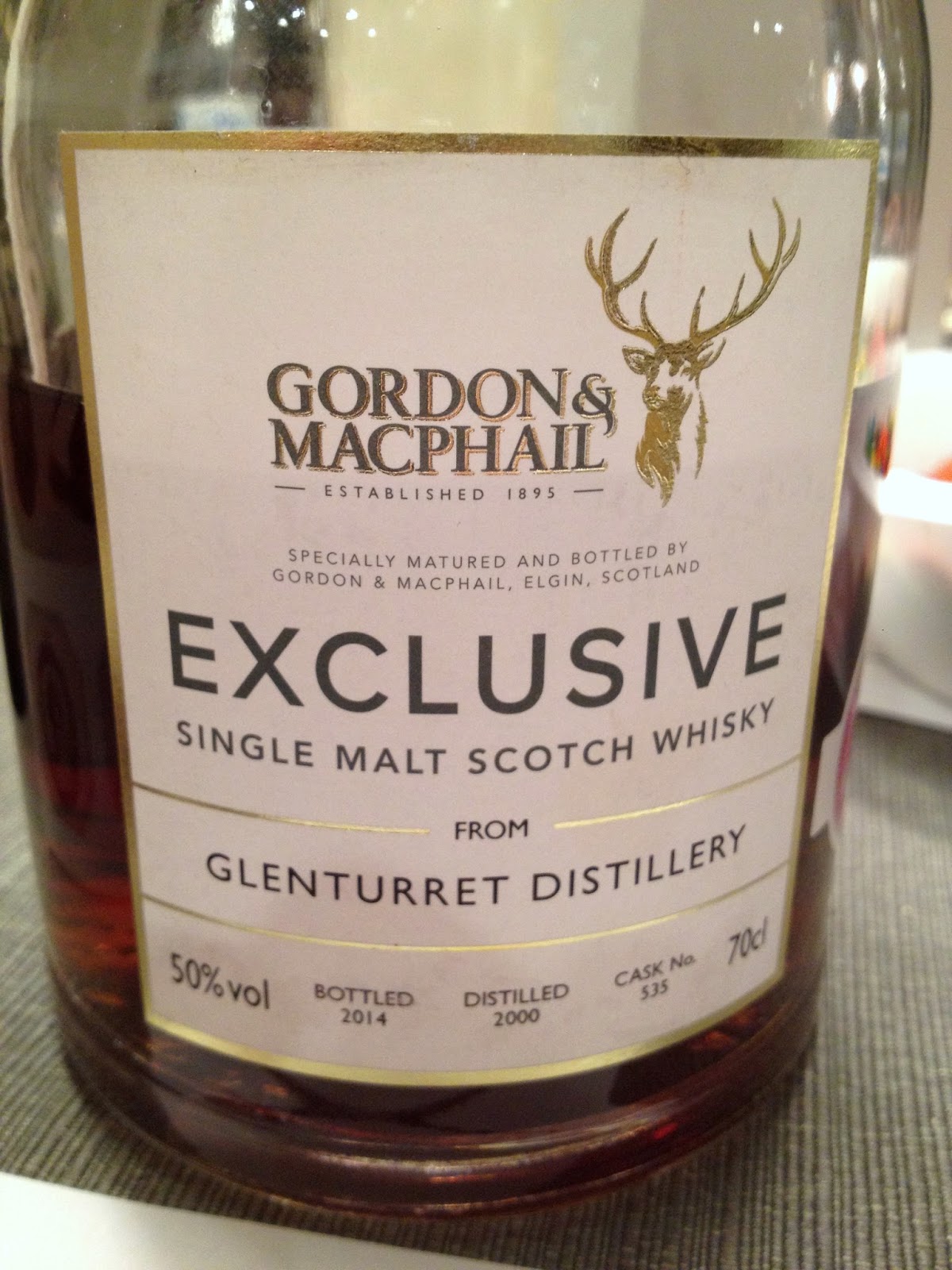 See my previous post for the history of Glenturret.

This is another sherried Glenturret from Gordon & Machpail, this time part of their Exclusive Collection, which is sold only at their shop in Elgin. It was distilled in 2000, aged in a refill sherry cask, and bottled in 2014 at 50% without coloring or chill filtration.

Nose: sherry, sherry, and... more sherry - the deep, dark, dank kind that's more like a reduced sherry syrup, a touch of raisins and balsamic vinegar, oak and barrel char in the background, dark chocolate, malt and vanilla underneath, citrus pith,  something vegetal (very light peat?), buttery caramel. After adding a few drops of water, the sherry softens a bit, but doesn't lose its grip on the malt - it becomes more raisin-y and sweeter, the vegetal notes become more evergreen/pine, and the vanilla becomes more pronounced.

Taste: big sherry with a solid lump of berries right up front in a bittersweet mode, which becomes rather hot around the middle, then slowly fades into sweet malt with very mild oak near the back. After dilution, the sherry also becomes softer and sweeter here, letting a glimpse of the malt show earlier, with more wood hanging around the edges and giving it more structure. 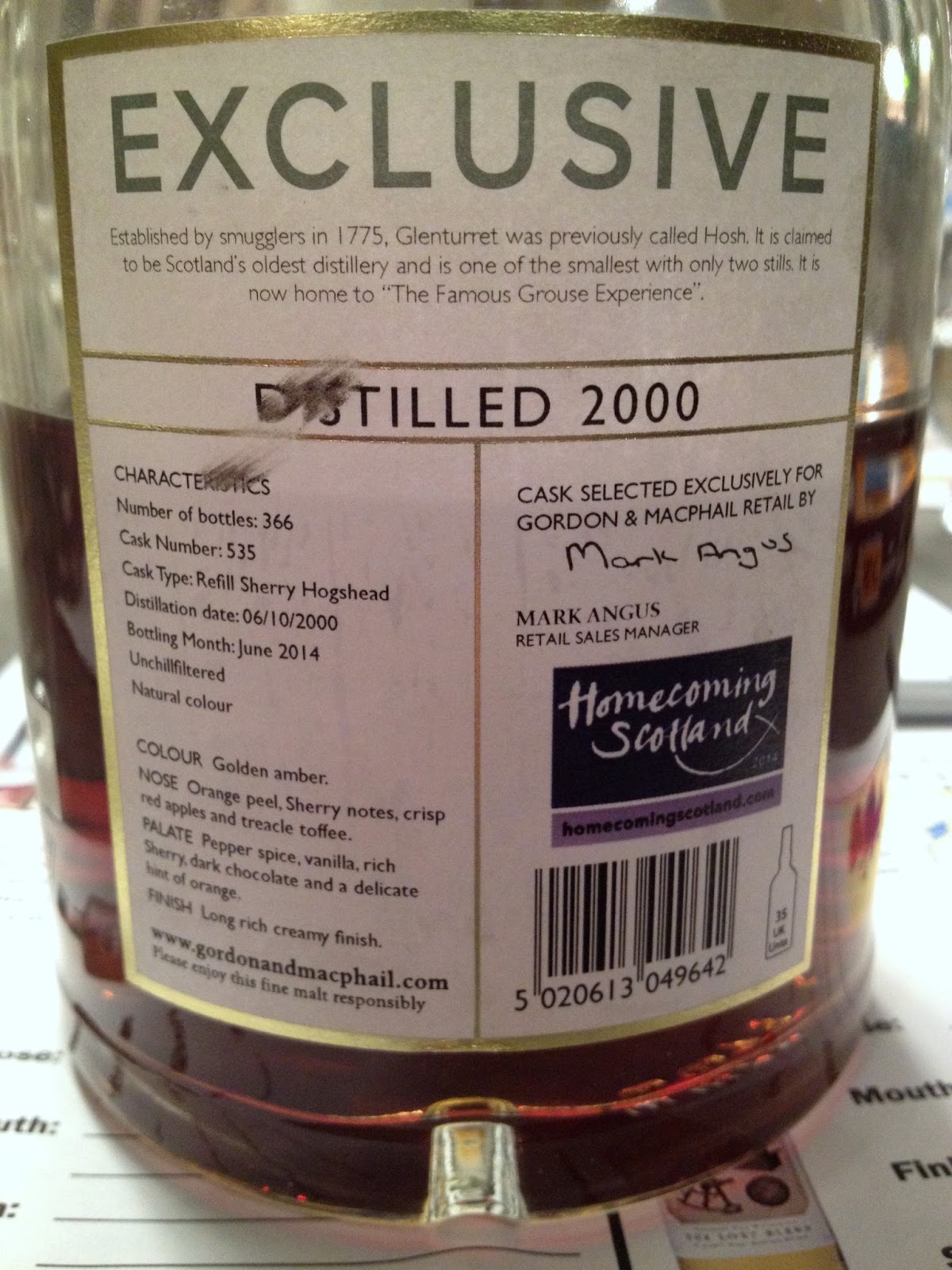 This is one of the most sherried whiskies I have ever tried, right up there with the usual list of sherry bomb suspects like Macallan CS, Aberlour A'Bunadh, and Glenfarclas 105. This is rather surprising, as it's listed as coming from a refill cask, but whatever was in it the first go round wasn't there long enough to pull out much of the sherry from the wood. While not quite as aggressive as those cask strength heavyweights, this still manages to bring a fair amount of heat, though that diminished somewhat as it aired out in the glass.

Overall, it's not quite my jam, as the malt character has been almost completely overwhelmed. I like a bit more subtlety in my sherried whiskies, though I can see some of the appeal in this one's monomaniacal focus. Best I can tell (the info for individual bottles has disappeared from G&M's website and only shows up as part of gift baskets), it ran around £50, which is actually in the same ballpark as the 11 Year I reviewed earlier. Between the two, it's no competition - the older one beats it handily. But getting your hands on any would require a trip to Scotland, which is no small cost in itself for most of us, so this sample will have to do me.
Posted by Jordan at 7:31 AM