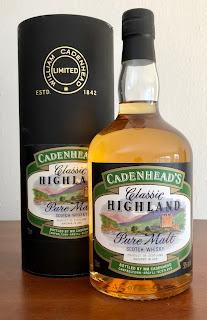 While it took me a while to warm up to it, in the end it was a perfectly pleasant, uncomplicated malt. Would I buy it again if I saw it at MSRP? Probably not. There's nothing here that I couldn't find from other sources. That's also to say that I don't see any reason to pick this one up at auction, especially if it goes for over the odds. But if you happen to find a dusty bottle for under $50, it's not a bad idea, just make sure to set your expectations accordingly.
Posted by Jordan at 7:30 AM