Rendezvous Rye was one of High West's first products, alongside Bourye. Both were some of the first whiskeys to tap the hidden treasures of Lawrenceburg Distillers Indiana (now renamed Midwest Grain Products), which was a former Seagram's plant that had been anonymously cranking out rye whiskey with a unique 95% rye mash bill for flavoring blended whiskeys.

Rendezvous rye is a mix of 6 year old rye whiskey from LDI and 16 year old, 53% rye mash bill whiskey from Barton. So it has a similar structure to the Double Rye that I reviewed earlier, but with a higher average age, both because the bulk of the whiskey is older (6 years vs. 2 years) and, given the price, there is also likely to be more of the 16 year old whiskey in the mix.

As with all of High West's whiskeys, this one is bottled at 46%.

Thanks to Michael Kravitz for the sample - see his review here. 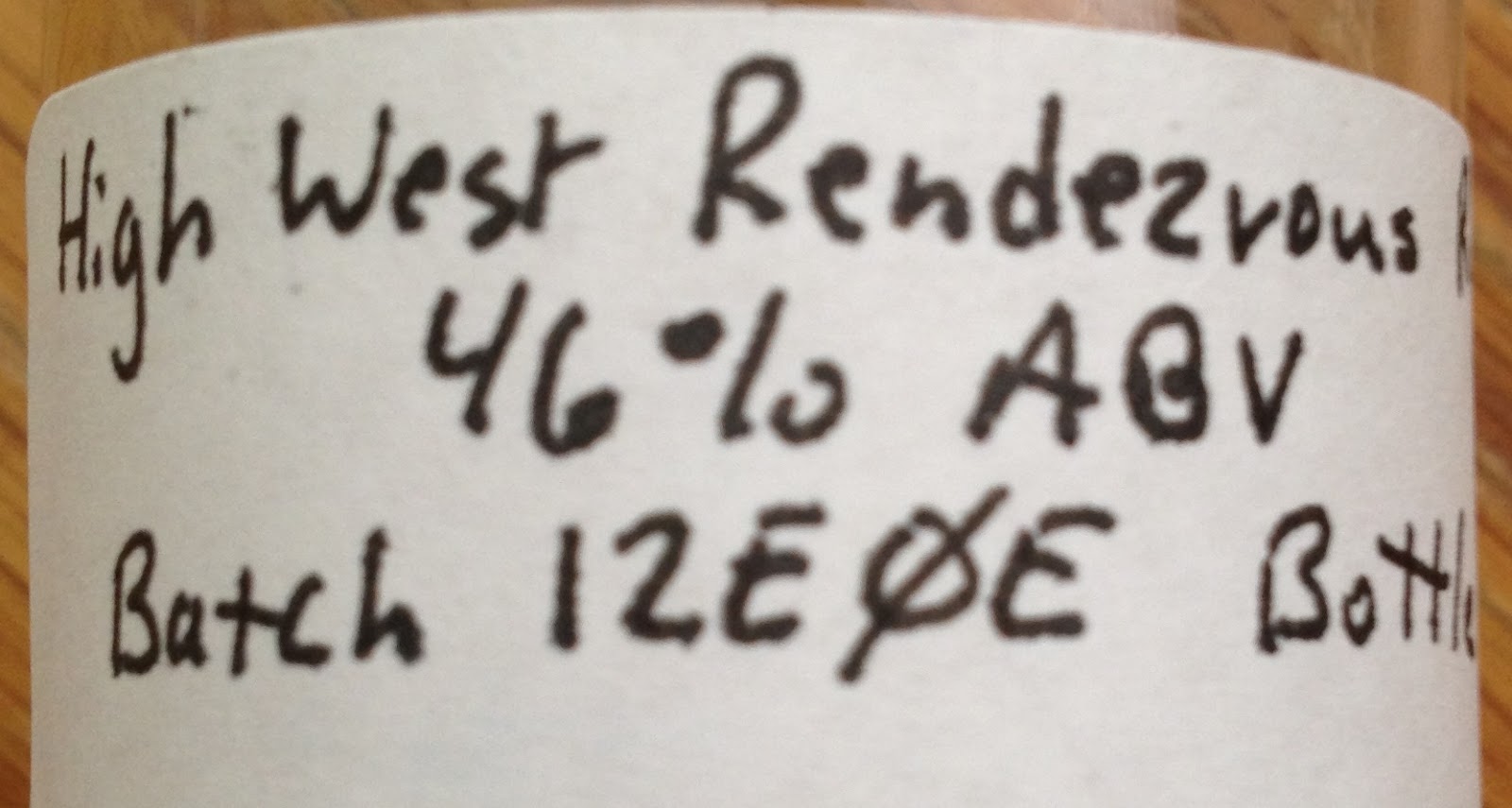 Nose: lots of pine, savory herbs, sawdust, caramel, vanilla, dusty grain and oak, salty/maritime. After adding a few drops of water, the pine becomes less aggressive and integrates with the wood, while some of the complexity diminishes.

Taste: wood sugars, caramel, and oak tannins throughout, with rye pine and creamy berry overtones. After dilution, it becomes much sweeter throughout, the pine, berries, and oak overlap and integrate, with the oak becoming almost raisin-y.

I'm just not sure this brings much to the table in comparison to Double Rye except more oak presence and sweetness. It's not bad, just not good enough to make me want to pony up for a bottle.
Posted by Jordan at 7:57 AM