Springbank has been releasing batches of 12 year old, cask strength whisky since 2010. The releases have been once or twice a year (they're up to #6 right now) with slightly different strengths. Beyond the age, the common thread is that every drop comes from a sherry cask, with a 60/40 split of first-fill and refill casks. In theory this should make them more aggressively sherried than the 10 Year I reviewed on Monday, but we'll see if that's actually the case.

This was the first batch, released in March 2010, which was bottled at 54.6%. I managed to pick up a bottle that had lingered on the shelves in Oregon until going on closeout a few months ago. 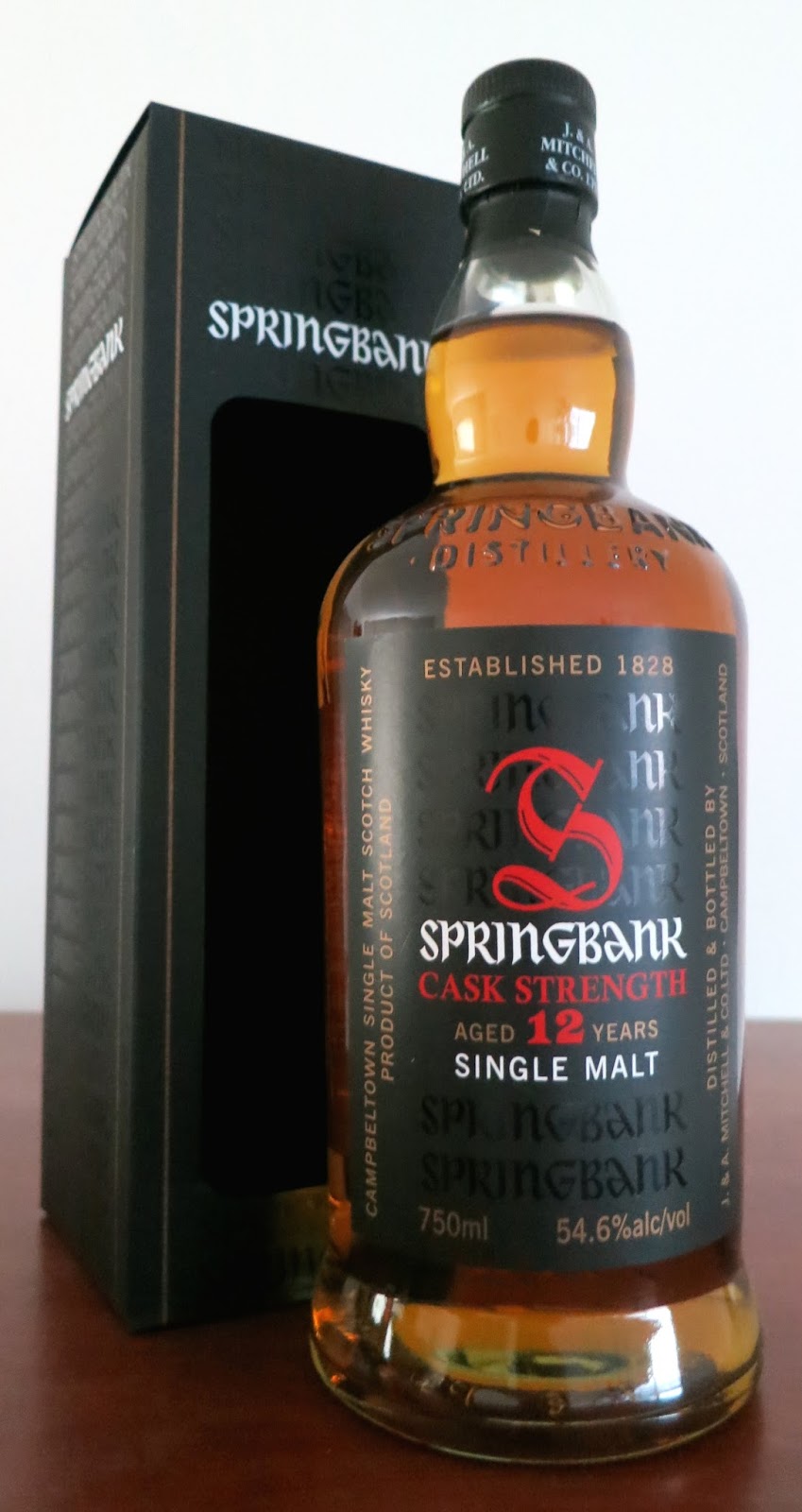 Taste: oak-driven, balanced between wood sugars and tannins, malt running through the middle, and sherry bolstering everything underneath, mild peat joining the oak at the back, citrus peel and baker's chocolate overtones. After dilution, the palate becomes much sweeter and smoother, while the flavors become a bit flatter with more refill sherry cask character, with oak and malt still dominating, while the peat and oak meld with a touch of pepper, and the alcohol seems if anything even hotter on the tongue,

Now this is more like it. Everything I liked about the 10 Year is turned up to 11, while actually having less aggressive sherry. The oily/meaty notes of the distillery's malt are a perfect complement to the sherry, while the oak keeps it from getting too sweet. In that respect, it makes me think of a lightly peated Arran Port Cask Finish. However, I wouldn't add any water, as that seemed to make it too sweet for my taste.

Everything I've read suggests that the 12 Year Cask Strength releases have been consistently good, so I wouldn't hesitate to grab one from a different batch. I have a bottle of Batch 3 that I'm looking forward to opening up and comparing to this one.
Posted by Jordan at 8:53 AM