Last up in my series of Springbank reviews this week, the 15 Year. Like the 12 Year Cask Strength, this is fully matured in ex-sherry casks. Like the 10 Year, this is proofed down to 46% without chill filtration or coloring before bottling.

It's still available as a miniature from The Whisky Exchange, though from the picture it appears to be a more recent release than this one. 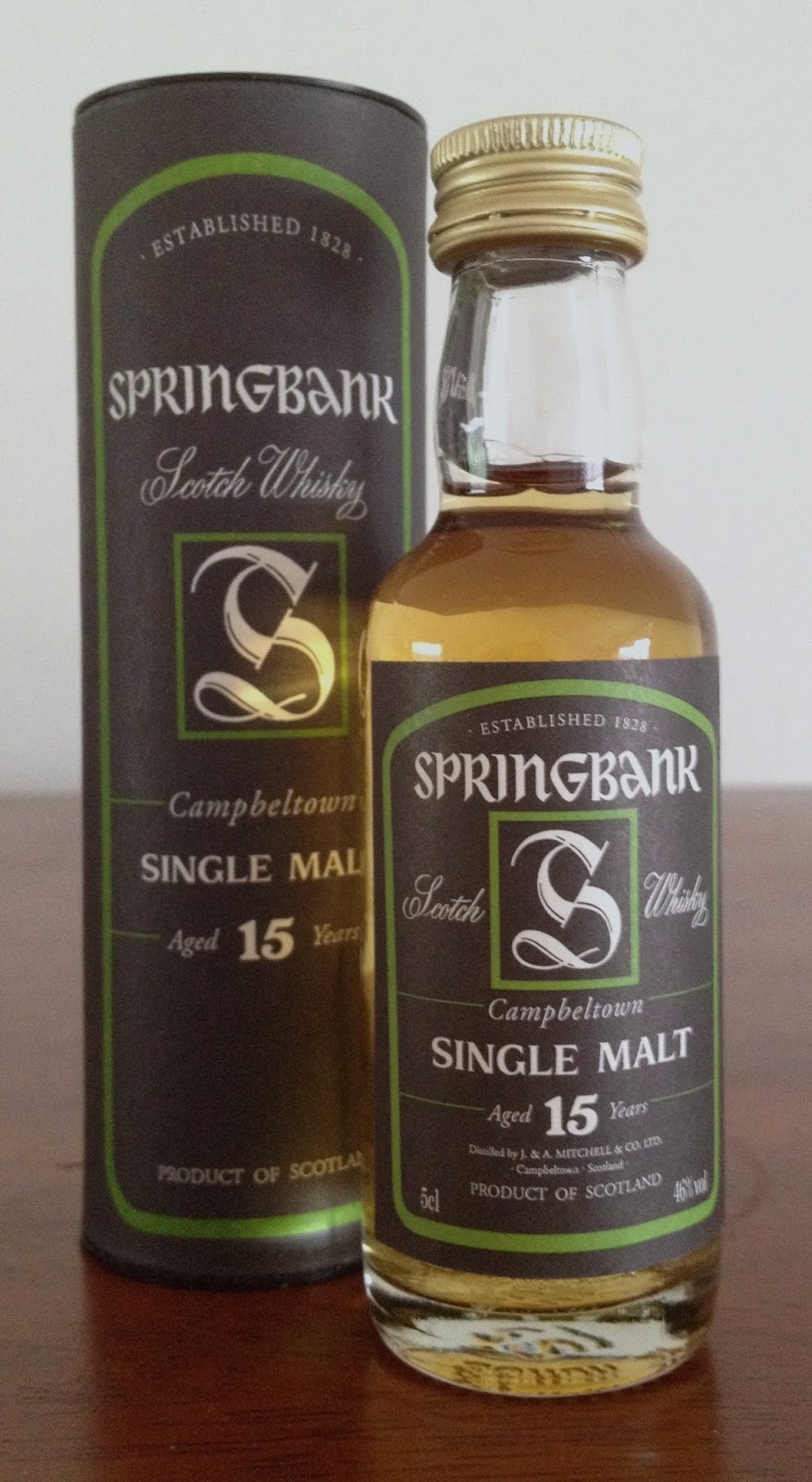 Taste: malty sweetness with a sour edge throughout, tannic oak and sherry come in around the middle, with a gentle fade of dark chocolate/cacao and peat at the back. After dilution, the wood sugars come out on top of the malt sweetness, making it much sweeter overall, berry esters come out, and the sourness, oak, and sherry integrate but fade a bit more into the background.

While I enjoyed this whisky more than the first time I tried it, I still found roughly the same notes, though the sherry was more readily apparent. There seems to be some significant batch variation, with some people finding very little sherry influence, with a concomitant increase in peat. Ultimately, there still isn't anything about it that would make me pick it over the standard 10 Year, let alone the 12 Year Cask Strength. The oak feels a bit too strong in here - maybe a shift towards refill instead of first-fill casks would help - without adding much to the experience. I wouldn't say no if someone gifted me a bottle, but with prices in the US approaching $100 a bottle, it's not something that I'm going to spend my own money on. While lacking the same kind of coastal notes, I'd reach for Glendronach 15 Year instead as a mid-teen sherry matured whisky for significantly less money. For something a bit younger, Talisker Distiller's Edition is also a great substitute and should have some more peat to balance the sherry.
Posted by Jordan at 8:05 AM