Blanton's holds the distinction of being the first modern single barrel bourbon released as a regular expression. In the depths of the mid-80s whiskey slump, Elmer T. Lee started Blanton's as a way to showcase barrel variation, which had previously been ignored as batching for consistent flavor profiles averaged out the differences. While it took almost three more decades for the idea to really gain traction, single barrel bourbons are now quite popular.

Blanton's is named after Albert Blanton, who worked at what would later become the Buffalo Trace distillery from 1897 until 1952, becoming president in 1921.

While the bourbon is distilled by Buffalo Trace, it, as well as the Rock Hill Farms and Elmer T. Lee expressions, are actually owned by a Japanese company, Age International. Edit: Unlike the other two, Blanton's usually provides information about their barrels (though this mini did not), which is nice as it allows customers to actually know whether a bottle they're scoping is from a barrel they've already tried.

The standard Single Barrel is bottled at a respectable 93-proof. 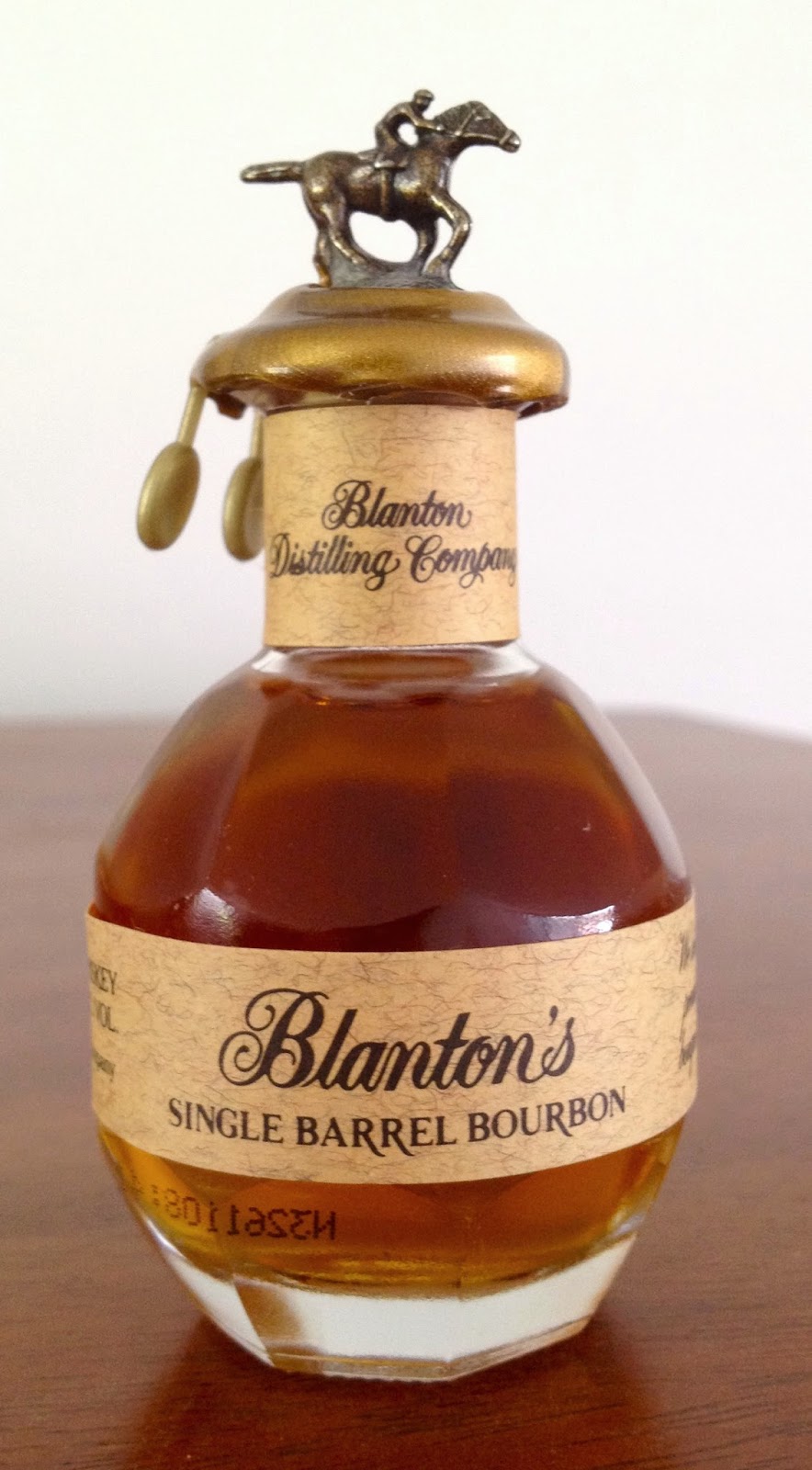 Taste: classic bourbon - caramel and oak tannins throughout, wood sugars over rye grain, with almost sherried dankness, and bright mint and orange peel, plus savory cooking spices (cumin and coriander). After dilution, it becomes more bittersweet, with oak dominating in a pleasant fashion with sappy/polish sweetness, more mint and savory spices come out, it's slightly medicinal at the back (cough syrup), and the caramel provides more smoothness but less sweetness, and overall it's a bit flatter.

This is almost the Platonic form of bourbon - all the elements one expects are present in almost perfect harmony. However, this is a single barrel product, so one can't expect exactly the same thing every time. But between this, Elmer T. Lee, and Rock Hill Farms, the single barrel bourbons made from the Buffalo Trace high rye recipe seem to be very, very good. While this review is from a miniature, I'm quite tempted to grab a bottle. It's a shame that we don't get Blanton's Straight from the Barrel in the States, which should have even more punch, but it is reserved primarily for Japan and duty free stores.
Posted by Jordan at 7:20 AM