One of the innovations since BenRiach was bought into private hands in the early 2000s has been making more creative use of their peated whisky. While originally created as fodder for Seagram's blends as they did not own any Islay distilleries, it has since become a significant asset for the company, as there are few Speyside distilleries making peated whisky that have significant aged stocks.

As with their unpeated whisky, BenRiach has explored cask finishes as a way to put new layers of flavor on top of the spirit. This particular one is made from ex-bourbon cask whisky that is then transferred to tawny port hogsheads (I don't know if they are rebuilt port pipes or new hogsheads seasoned with port). After at least 12 years in oak, the whisky is proofed down to 46% and bottled without chill filtration or coloring. 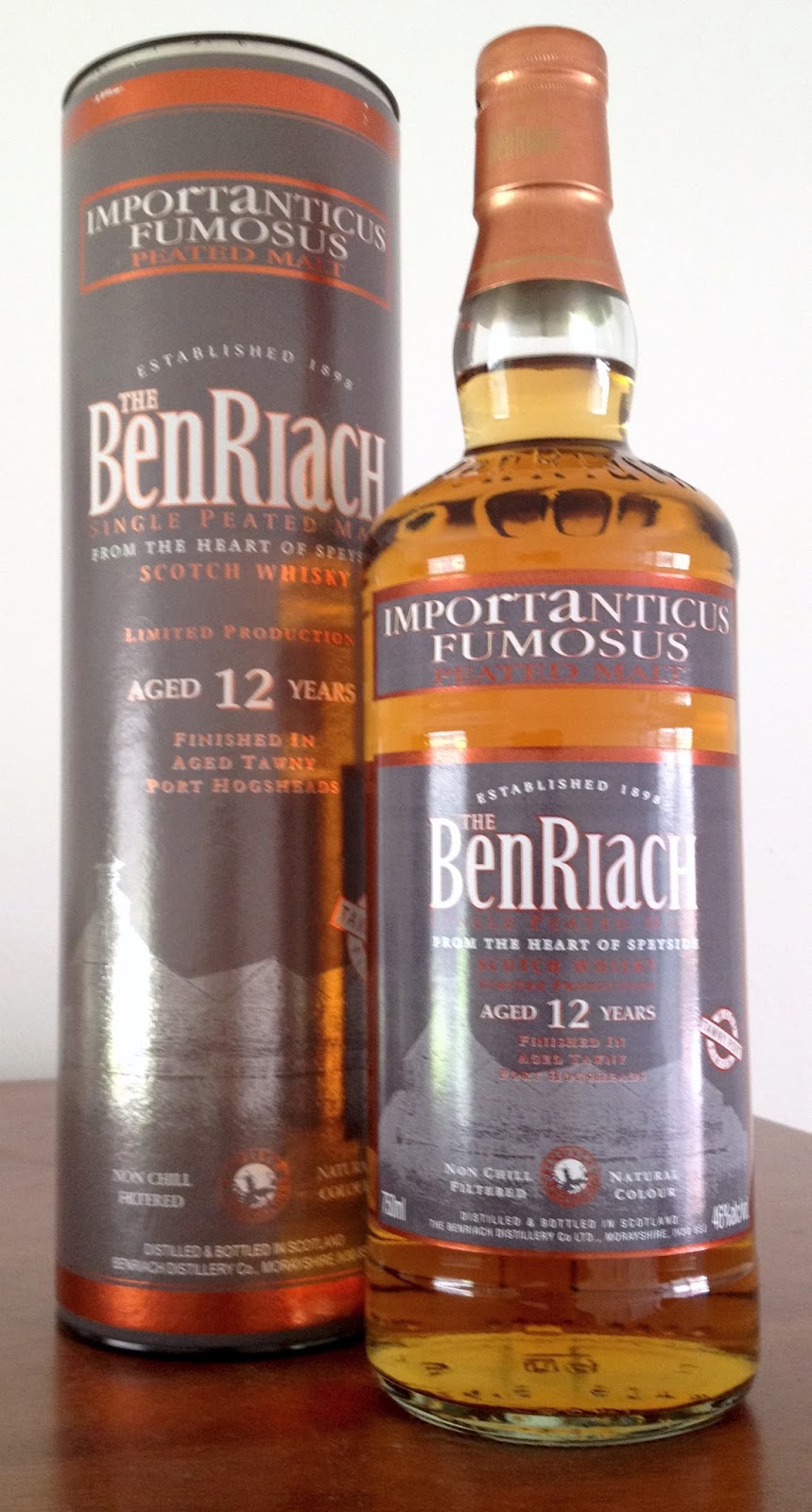 Taste: very sweet (almost too sweet) malt, caramel, and port influence (wine/raisins) up front, before slamming into a wall of oak tannins, coal tar, and bitter vegetal notes, malt and port ride underneath creating a flavor like dark chocolate in the middle - feels thin despite the alcohol heat. After dilution, the port sweetness comes in big in the beginning, but the oak nearly takes over the subsequent palate, with the other flavors being relegated to the background.

I found this whisky fairly disappointing. The nose is reasonably pleasant - the port offers some counterpoint to the usual BenRiach malt and peat, but it lacks the clear structure of either Curiositas or Arumaticus Fumosus on the palate. The port seems kind of simple and not quite integrated, while the spirit has picked up too much oak and lost too much peat. There are times when it works better than others, but even then there's nothing I can find to recommend it over other whiskies. Ultimately, unless you're going for completeness (like I am) in exploring BenRiach's peated cask finishes, I would probably give this one a miss or, at the least, try before you buy.
Posted by Jordan at 8:02 AM