Byrrh is a French aperitif wine that is made bitter by the addition of chinchoa bark, which also gives tonic water its bitterness. It is made from a mixture of mistelle (similar to port - partially fermented wines from Carignan and Grenache grapes with neutral spirit added to halt fermentation and retain sugars) and dry red Roussillon wines. This mixture is flavored with chinchona and then aged for at least three years in large wooden vats.

As with many aromatized wines, this one began as a purported health tonic. Two brothers created it in the region of Thuir in southern France in 1866. It went on to significant success, becoming one of the most popular aperitifs in early 20th-century France. Its star faded somewhat during the second half of the century, more or less disappearing from the States. But with the uptick in interest in pre-Prohibition cocktail ingredients during this century, it was brought back to this side of the Atlantic by Eric Seed. 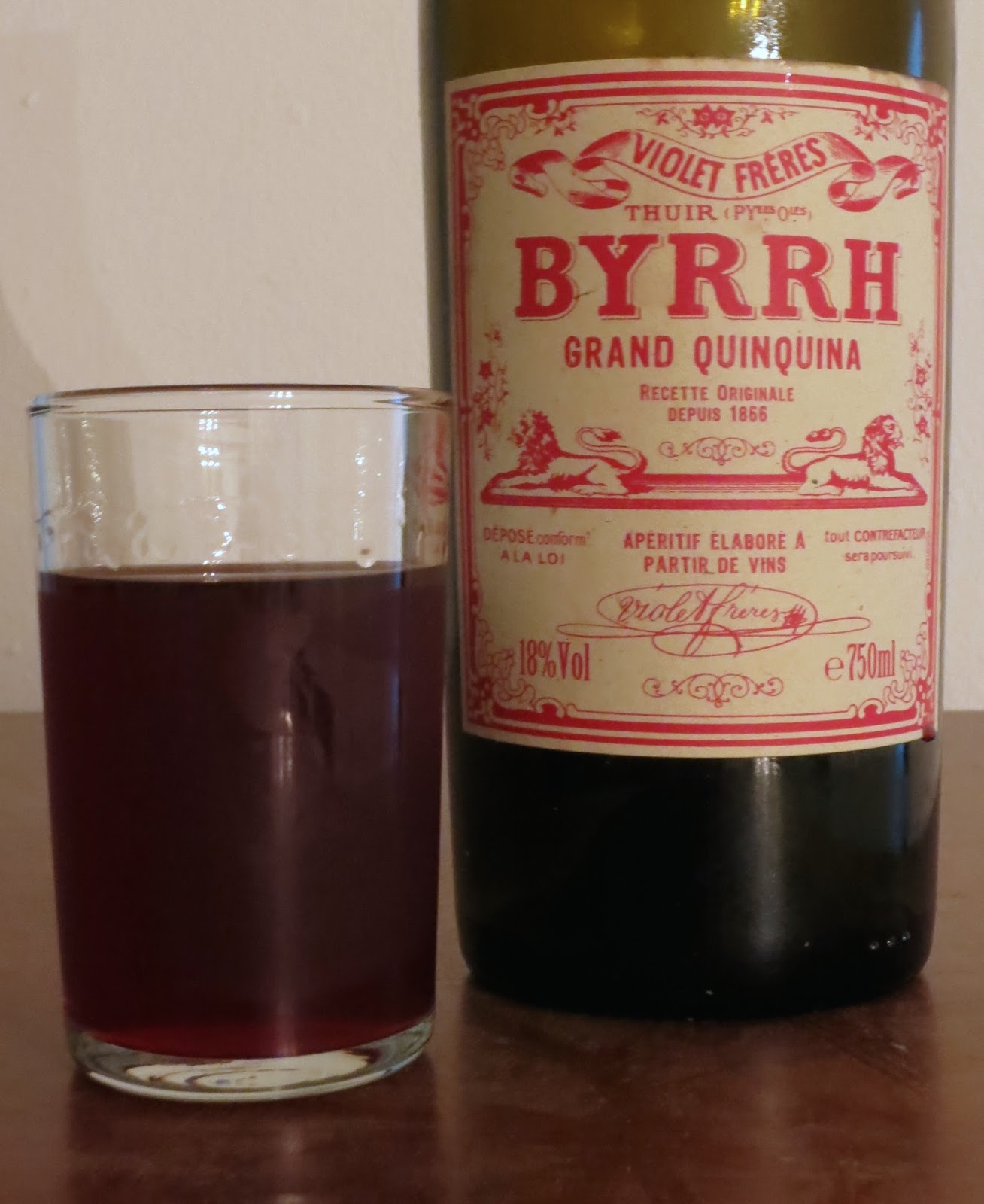 While not a particularly complex aperitif, Byrrh is one of the few that I enjoy all by itself. While it is often served with a splash of soda, it is perfectly good neat as neither the sweetness nor the bitterness are overwhelming. This makes is a fairly good introduction to the category, though it won't disappoint the seasoned drinker.

Combine all ingredients, shake with ice, then strain into a chilled cocktail glass.

The nose is dominated by the rhum's grassy notes, with some of the fruit and floral elements of the Byrrh and St. Germain peeking around the edges. The sip begins with subdued sweetness, as the liqueur and Byrrh battle against the grassy bitterness of the rhum, which gives way to lemon pith and chinchona near the back.

In some respects, this isn't the best display of Byrrh as the wine takes a supporting rather than a leading role, but it is a very good drink. You might be able to highlight it a bit more by using a softer rhum like Clément Première Canne, but I like the bigger punch that La Favorite Blanc provides.
Posted by Jordan at 7:42 AM