The story of this whisky begins over a decade ago, not long after the founding of Compass Box. Through his connections with his former employer, Diageo, John Glasser was able to obtain teenage casks of whisky from Clynelish and Caol Ila. He found that these played well with each other, which led to the creation of one of his early blended malts, Eleuthera.

However, it was not long for this world. As single malts began to regain their popularity, aged Clynelish and Caol Ila became harder to obtain, John was no longer able to get the particular casks he needed for Eleuthera, so the product was allowed to lapse.

Fast-forward nearly a decade and John was once again able to get some of the precious casks of Clynelish that were so integral to the original Eleuthera. However, instead of trying to precisely reconstruct that blended malt, he decided to tweak the recipe with some nearly twenty year old whisky from the far more obscure Allt-A-Bhainne distillery. Putting those three whiskies together became the Lost Blend, an homage to but not a copy of the original. As with most of their whiskies, this was bottled at 46% without coloring or chill filtration.

Thanks to Ian of PDXWhisky for letting me try this one. 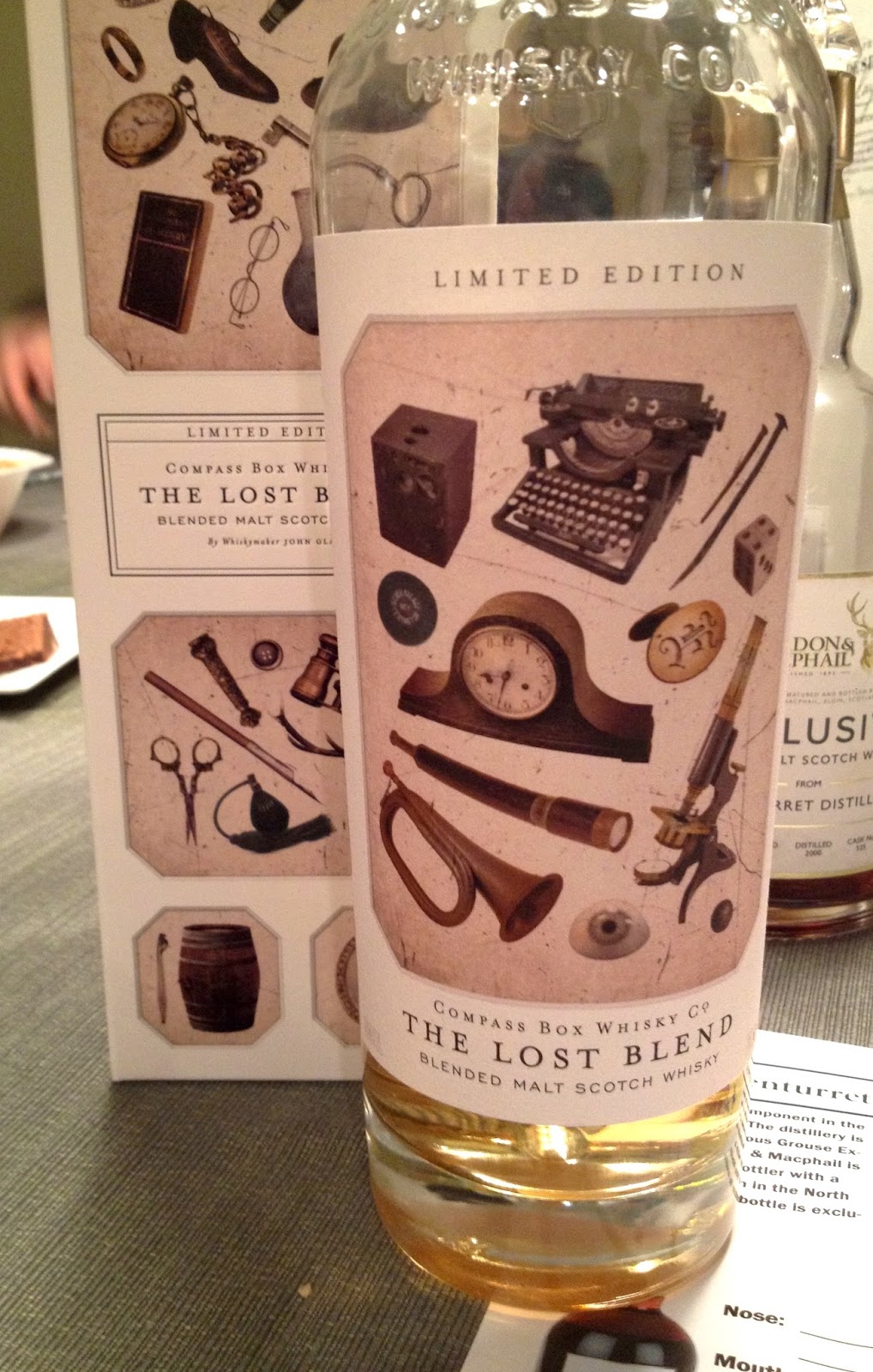 Taste: malt and wood sweetness up front, segueing into creamy/waxy muddled fruit (berry, melon, citrus)/floral esters in the middle, with oak tannins and a touch of peat coming in around the back. After dilution, the peat and oak move forward to balance the malt sweetness, which tones down the fruit and floral elements a bit and brings in some bitter chocolate around the middle, and the creamy element gets some vanilla whipped cream character.

Finish: creamy floral heather notes over waxy clean malt with peat and oak in the background

This is, without a doubt, a very pleasant blended malt. While the individual components are all recognizable, the sum approaches a very lightly peated Highland malt. Nothing seems particularly out of place, though I would have liked the Clynelish to be a bit more front and center. Which brings me to my main complaint - while this makes a nod at the original Eluthera, it's much less assertive, likely because of the inclusion of the Allt-A-Bhainne in the mix that dilutes the more characterful Clynelish and Caol Ila malts. On the flip side, this is much more approachable than the original, so I think it will appeal to a broader audience. It's not quite enough to make me want to drop $100 for an entire bottle, but I would highly recommend trying a pour if you get a chance because it is a very well-constructed whisky and may do more for you.
Posted by Jordan at 9:22 AM