While Caol Ila is primarily known for its peated whisky, the distillery also produces unpeated 'Highland style' whisky roughly once a year. While this was originally done purely for blenders, it has more recently been bottled as a single malt for Diageo's annual Special Releases. Interestingly, all of the unpeated Caol Ila we've seen as single malts has come from roughly the same vintages, having been distilled between 1997 and 1999. At this point it's one of the few that doesn't cost an obscene amount of money, though I'd argue they're still asking too much for it.

This particular release was made from whisky distilled in 1997 and bottled in 2010 at full batch strength of 57.6%, presumably without coloring or chill filtration.

Thanks to Florin for the sample. 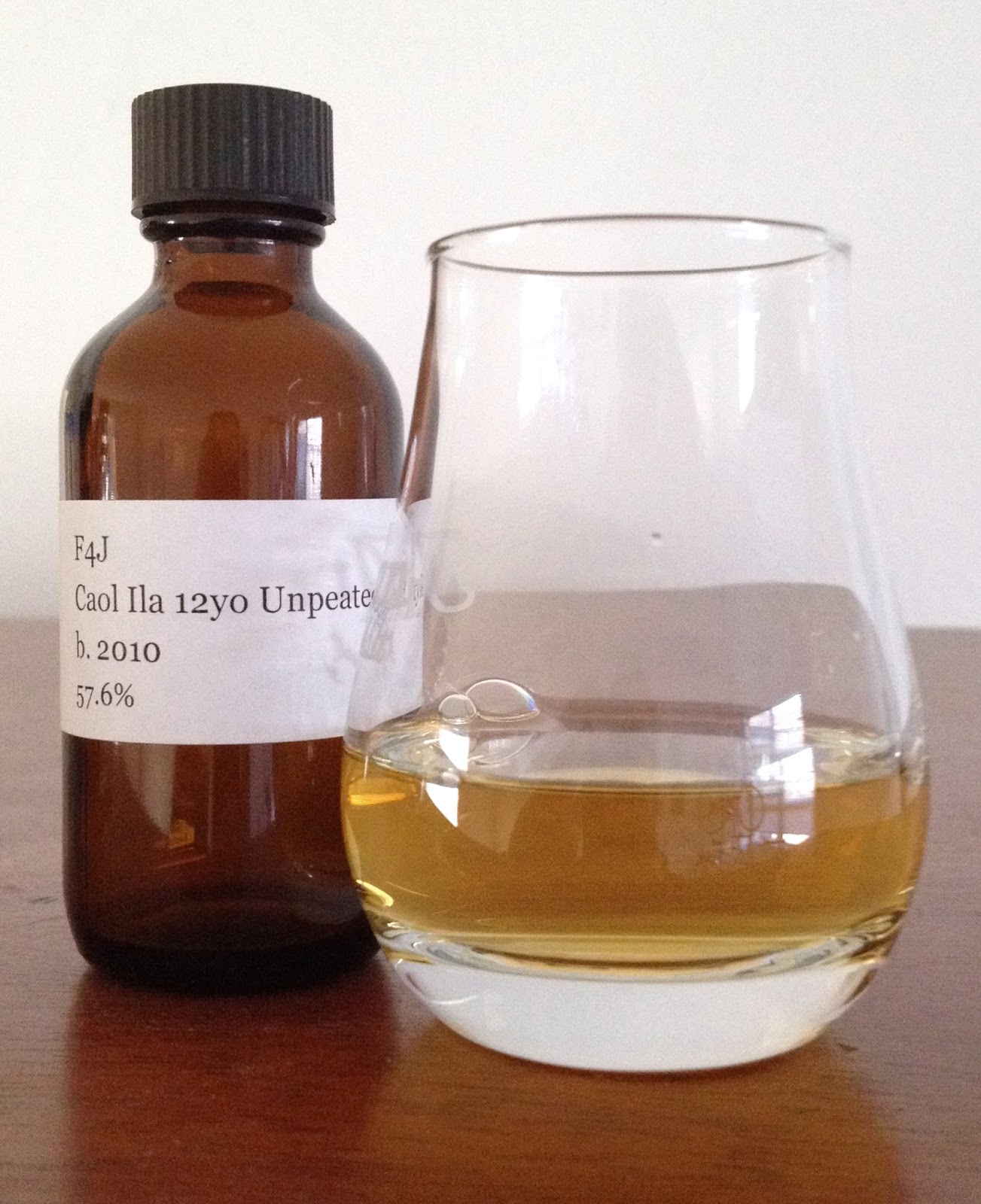 Nose: rich bourbon cask influence (caramel, oak, vanilla), fresh malt, seashore and very mild peat (but more of both with time) underneath, light Highland floral notes, cotton candy/bubblegum, a little berry compote. After adding a few drops of water it initially becomes more Highland-like with increased focus on the malt and fruit/floral esters, while the oak and peat hang out underneath, but the oak and peat reassert themselves after a while and give it a more earthy character, with some almost sherried notes peeking out.

Taste: solid malt and cask sweetness tempered by first-fill cask tannins from the front to middle, creamy vanilla and fruit/floral esters around the middle, then more tannins and a touch of vegetal peat and barrel char near the back. After dilution it becomes a bit softer and more rounded, with the tannins spreading out but becoming a bit less aggressive.

While not overly complex, I liked this whisky a lot. I can see why it's popular with blenders, as it would make a solid core for a blended whisky. As its unofficial name suggests, there's a lot in common with Highland malts, though it does retain some Islay character (though I pick up less of that than MAO did). There are arguments that the distillery doesn't clean its equipment very thoroughly between peated and unpeated runs, letting a lot of phenols get into the 'unpeated' spirit. More than anything though, this whisky shows how rich Caol Ila's malt can be when it's aged in first-fill rather than refill casks. With that said, the heavier oak does go some way towards covering up the more subtle notes, so it's definitely a trade-off.

While there are still bottles from this release available, the price is just a bit too high for me to bite (especially from a giant distillery owned by a mega international corporation). However, this version is significantly cheaper than the last couple of releases (and actually has an aged statement unlike Stitchell's Reserve), so it's probably a better way to go if you want to try an 'unpeated' Caol Ila.
Posted by Jordan at 8:35 AM