Tomatin is a distillery that until recently was known more for being another semi-anonymous Speyside distillery producing malt for blends. However, there has been a major push over the last few years to upgrade their line of single malts. As part of that push, they have occasionally bottled single casks for retailers, including a clutch of them in Minnesota.

This first-fill ex-bourbon cask (#1830) was bottled for Edina Liquors by Tomatin at its full strength - 53.7% - without coloring or chill filtration. 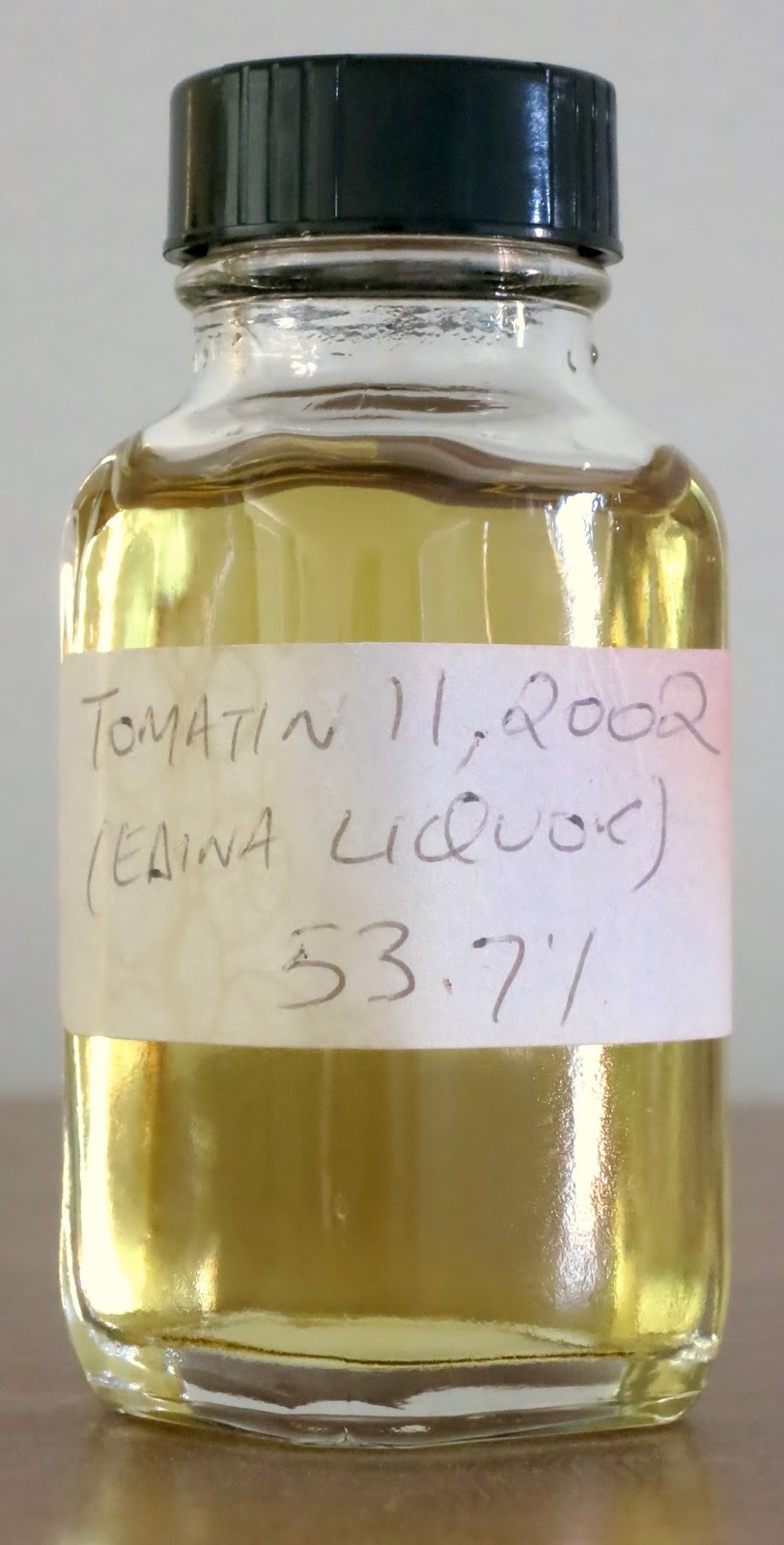 Taste: fairly immature up front with lots of sweet green malt, new make notes, and citrus, fading into some fresh oak, floral esters, citrus floor polish, and vegetal notes, rather hot throughout. After dilution, it becomes softer and sweeter, with less new make, while the citrus notes gain some berry character, the oak fades and integrates with the malt, and is - if anything - even hotter.

It is perhaps unsurprising from my notes that this one doesn't do much for me. As MAO noted, it should appeal to people who enjoy Glenlivet Nadurra, which is another one that I'm not terribly fond of. Which is to say that this is a particular style that doesn't work for me, but doesn't mean that it's a bad whisky. If this style works for you and you can't make it out to Edina, Ace Spirits has another single cask from the same lot at a rather reasonable $45.
Posted by Jordan at 7:38 AM