I can thank Highland Park for making peat palatable to me. During the early phases of my exploration of scotch, even a whiff would have been enough to be off-putting. And Highland Park, once I grew to like it, was enough to make me say "this is as much peat as I want in my whisky".

Well, that was over three years ago and things have changed. Now I can drink Octomore and think "yeah, that's kind of peaty." So I was curious to see what I would think of this whisky after a radical expansion of my palate. 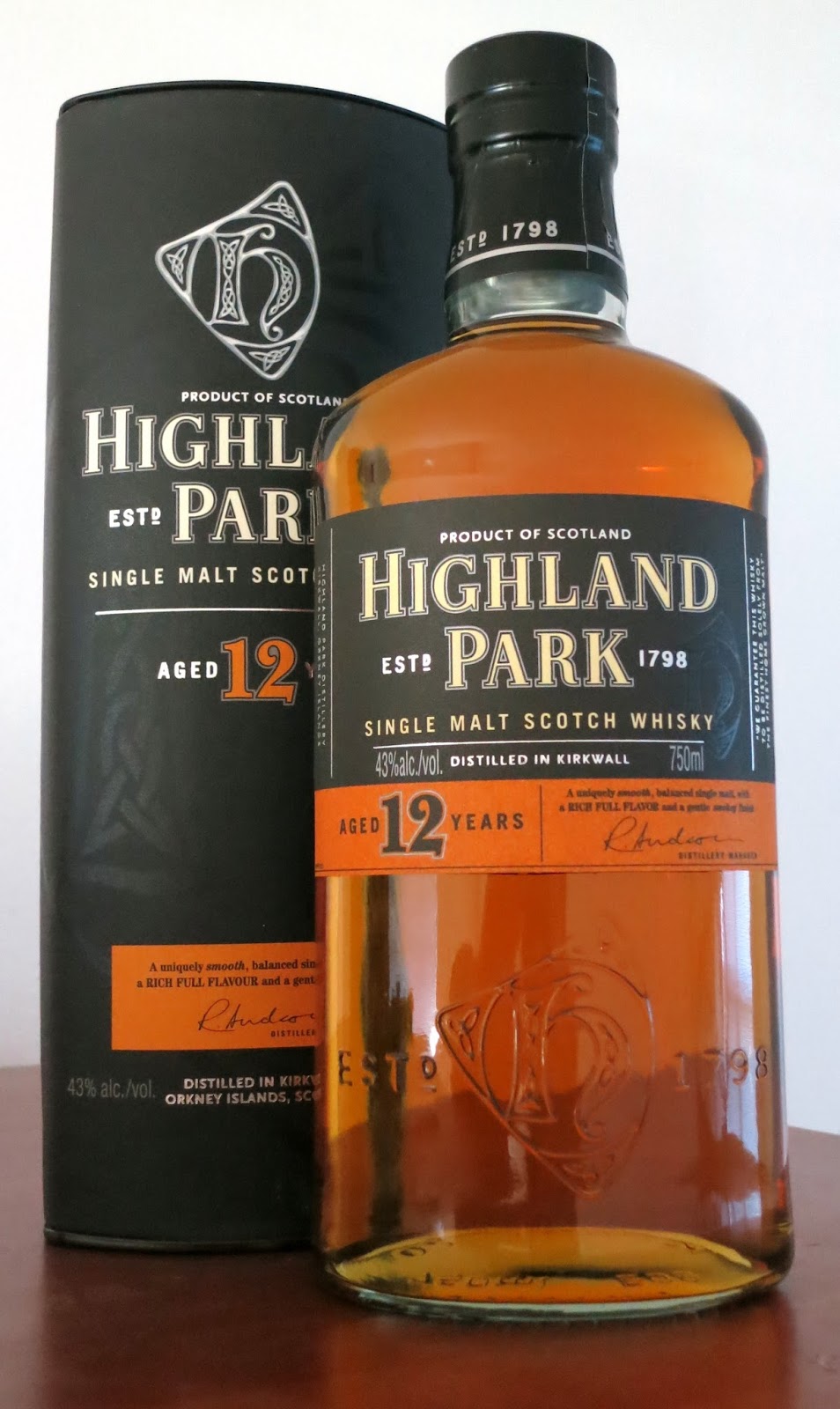 Taste: sherried malt sweetness up front, counterbalanced by mild oak tannins, with floral vanilla and citrus peel coming in around the middle and smoldering/mossy peat building towards the back. After dilution it becomes sweeter and rounder, with the oak and peat showing up at the very back.

While a lot of the same elements are present as I found the first time around, it seems much more mellow than it did then. The violent swing from sweet malt and sherry to deep, dark peat isn't there. Instead it's a very drinkable and enjoyable whisky for when I want something interesting but not overly challenging. It's possible that this is due to batch variation, as Highland Park has been noted for significant swings in quality over the years, but I suspect that I'm just used to more extreme whiskies now, so this doesn't pack the same punch that it used to for me.

With that said, I still highly recommend Highland Park 12 Year. It's a solid whisky at a solid price and even if it isn't quite the stunner that it used to be, it's still one that I quite like drinking.
Posted by Jordan at 7:57 AM