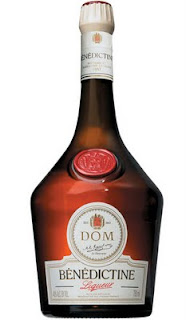 I fortuitously decided to take a trip across the state border to take a look at a couple of the liquor shops in Vancouver, WA over the Labor Day weekend. While the rather high liquor taxes did dissuade me from a number of purchases that I had considered, I did see some bottles of Bénédictine herbal liqueur on sale.

While not high on my list of things to buy, it is an ingredient in a number of rather intriguing recipes. A search through the Cocktail Database returns quite a long list of results.

Originally developed by Alexandre Le Grand and purportedly based off of a recipe made by a local order of monks, many have tried to imitate this liqueur but none have succeeded. As with many other herbal liqueurs, the ingredients that go into it are a closely held secret.

It's clear that this is a very complex mixture of ingredients. Neat, the nose I get includes grass, lavender, mint, violets, almond, lemongrass and a whole host of other smells that I can't quite put my finger on. The flavor is obviously sweet, leaning towards simple sugar. There is a burst of herbal, somewhat mentholic flavor and little to no finish.

High on the list of recipes I've been meaning to try is the Singapore Sling. There's quite a bit of debate over the "real" recipe, but Beachbum Berry has published what seems like the tastiest one. 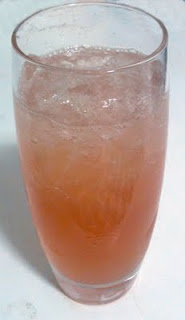 Combine all ingredients except for soda water and shake with ice. Strain into a chilled chimney glass filled with ice and top with soda water.

So far I've tried this one with either Hendricks alone, Aviation alone or a 3:1 Hendricks/Plymouth split.  I like the Hendrick's by itself best, but any gin that's not too juniper heavy will likely do well in this drink. Crisp and plays well with fruit is the key here.

Additionally, you can play around with the fruit liqueur a bit. A full ounce of Cherry Heering can overwhelm the drink, at least initially. I've also tried it with a 0.5 oz each of homemade raspberry and orange liqueurs, which let the gin shine a bit more while keep the fruity roundness of the drink.

Ultimately this drink is clearly made for long tropical days. While there's a lot of fruity sweetness going on here, it's balanced out by the crispness of the gin and soda water along with the sour snap of the lime juice. A quintessential long drink, it mellows nicely over time with the gin holding up even as the drink is diluted. The Bénédictine gets along well with the gin and adds a little somethin' somethin' to the drink. Do watch out though. While it doesn't hit you in the face, there's quite a lot of alcohol in the glass.
Posted by Jordan at 10:21 PM 2 comments

It's been warming up a bit here in Portland, even if I have to be thankful that most of the summer has been blessedly cool. So once again I turn towards tiki. Just to mix things up a bit, I also decided to play with one of the lesser-used spirits on my shelf, cognac. 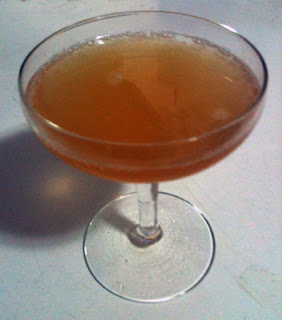 A fairly simple drink, but the flavors all play well together. The brandy base provides wine and oak flavors that the funk of the arrack and the cinnamon spice dance around. The lemon and grapefruit juices give the drink a bit of snap so everything balances out nicely. A fine drink for a summer evening.
Posted by Jordan at 9:37 PM 0 comments