Many thanks to everyone who participated in this month's Mixology Monday theme - Fortified Wines. The response has been fantastic and I've learned a lot in the process. We got lots of sherry, port and madeira-based drinks, but be sure to check out some of the more obscure fortified wines, like marsala, ginger wine, and Pineau de Charentes, that are scattered through the posts.

The first entry this month came from Dustin Doran of Dunder & Lees, the Wheels of Zeus cocktail. A riff on Manhattan-style drinks, it should be an interesting tipple due to the inclusion of the Hungarian liqueur Zwack. 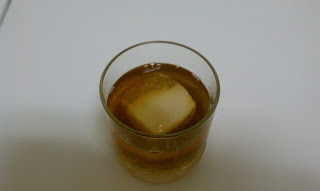 Next up was a fancy flip from Raffaele Bellomi of The Shorter Straw, the Flippin' Sicilian. Answering the call both Fred and I put out for marsala-based drinks, this complex blend of marsala, fig aquavit, Galliano, lemon, sugar, rosemary, and quail eggs is quite the twist on the basic flip. 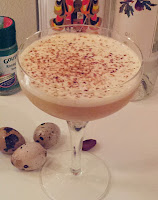 Scott Diaz of Shake, Strain & Sip brought us an aromatic aperitif - The Long Journey, with an oloroso sherry base modified with Cynar, Bonal, and celery bitters. 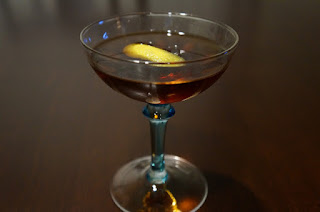 From Jacob Grier's Liquidity Preference, we get the classic Adonis, another lighter aperitif with sherry, sweet vermouth, and orange bitters. Definitely one I'll be reaching for in the future. 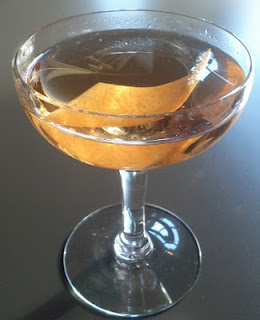 Dave at The Noble Experiment gives us a fine lesson in the history of sherry along with his Big Bang - Dry Sack sherry, Cynar, Carpano Antica vermouth, and Aztec chocolate bitters. Similar to Scott's cocktail, but with a different balance and flavor.

The Bone Luge team considered how best to make sherry compliment the marrow taste from bone luging, starting with a delicate base of manzanilla sherry inflected with touches of Bonal, PX sherry, and orange bitters. 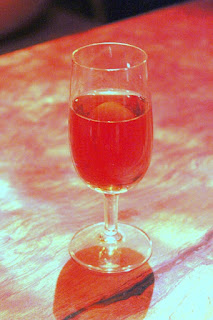 Chris McDowall wrote up his version of a drink I've made and enjoyed before, the Artist's Cocktail - whiskey, sherry, lemon, and bitters. Chris tweaks the cocktail by using super-sweet PX sherry instead of red currant syrup, which should shift the balance and mouthfeel. 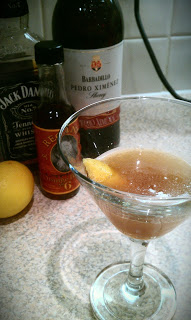 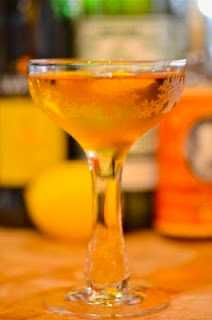 From Alex at Malt Puppy, we get the another classic, the Bon-Accord, an eclectic mix of sherry, gin, Chartreuse, and Aurum. 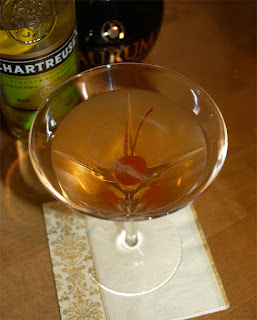 My own contributions include the Miso de Gallo Punch from Imbibe, a light and dry drink leavened by soda water with bourbon, sherry, lemon, sugar, allspice dram, and bitters. 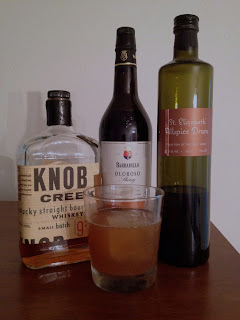 Pulling from the Mixilator, I created a madeira-based drink called the Defalcating Honeymoon, which includes a healthy slug of bitters, rye whiskey, orgeat, and green Chartreuse. 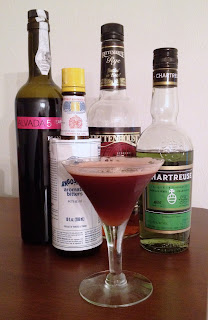 Dagreb of Nihil Utopia brings us a bevy of cocktails made with amontillado sherry. First, a sweet vermouth variation of the Bamboo, then the Heart of the Stone - a daiquiri variant with rum, sherry, apricot liqueur, lemon juice, and maple syrup - and finally the Flor de Jerez - an inverted daiquiri with sherry, Jamaican rum, lemon juice, maple syrup, and apricot liqueur. 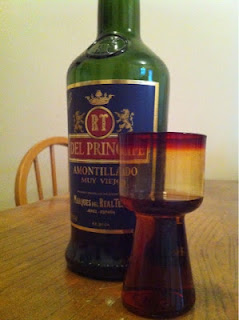 Ian of Tempered Spirits also went big with three sherry-based cocktails. First, the La Perla - made with tequila, sherry, and apricot liqueur - then the Spanish Bay - a potent combination of sherry, green Chartreuse, and orange juice - and lastly the Montresor and Fortunato - sherry, Grand Marnier, and sweet vermouth. 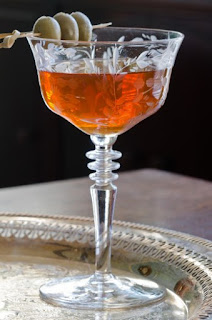 DJ Hawaiian Shirt of Spirited Remix brings us an Old Fashioned-style drink with his madeira and cognac-based Later That Day. And he's right about bitters being key to pulling drinks together. Might have to make this one myself. 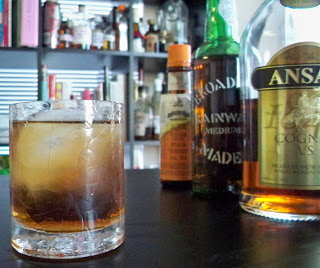 Fred of Cocktail Virgin Slut brings us a cocktail using a fortified wine I had never heard of before, Pineau de Charentes, in a 1934 recipe from The Artistry of Mixing Drinks - The Third Man, a gin-based drink that should appeal to martini drinkers. 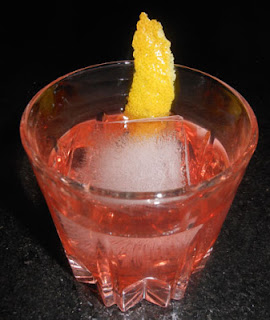 Mark of Cardiff Cocktails brings the history with the Sherry Cobbler - now almost unknown, but one of the most celebrated drinks of the 19th century, which also popularized ice in cocktails. 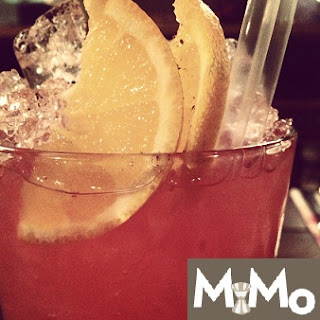 Mike of DrinksBurgh hits us with another Old Fashioned variation, this time with reposado tequila, tawny port, jalapeño syrup, and mole bitters. Looks like a wild ride. 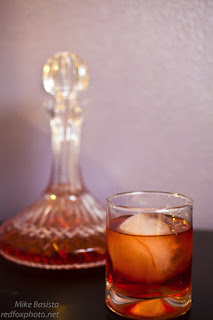 From the Booze Nerds we get the wickedly good looking Pleasure Vampire made two ways - reposado tequila, Aperol, sweet sherry, chocolate bitters, and a float of either Minero or Tobala mezcal from Del Maguey. This one is definitely going on my 'to make' list. 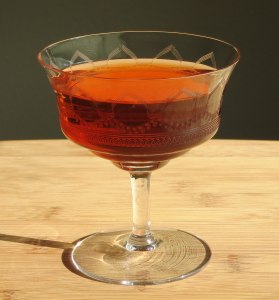 From Elana at Stir and Strain comes the Smoke on the Vine, another drink with mezcal, this time including port, apricot liqueur, and Miracle Mile Forbidden Bitters. A complex potion, I'll have to see if I can adapt it to the ingredients in my own liquor cabinet. 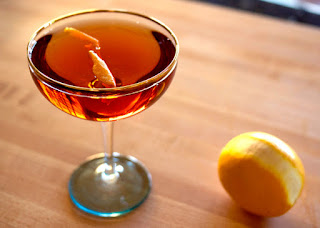 Joseph at Measure and Stir pulls out an ingredient that I was reading about recently, but have never tried, ginger wine, for his Stepchild cocktail. The spicy wine base is enhanced with Fernet Branca, pineapple and ginger juices, and a mint garnish. 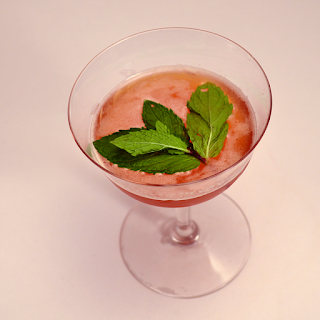 For my last post, I went with port wine in the aperitif-style Montana cocktail, which also has cognac and dry vermouth in the recipe. I went with tawny, but it can also be made sweeter and fruitier with ruby port. 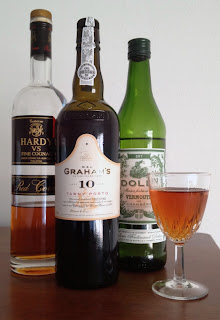 From JFL of Rated R Cocktails, we get a tiki-fied tipple, the Dr. Phibes - Virgin Island and Jamaican rums, cinnamon syrup, ruby port, lime juice, and a touch of absinthe. This twist on the Dr. Funk looks terrifyingly tasty. 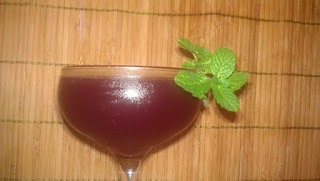 Zak of The Pocket Square goes molecular with a Port Gin Sour Gel - one layer of cherry and port on top of a layer of gin, lemon, and sugar. Not your average Jell-o shot by any stretch of the imagination. 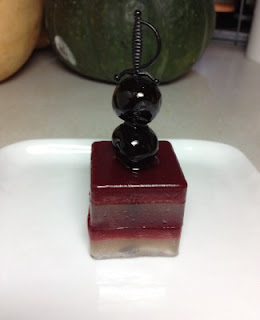 Andrea from Rumblings of a Gin Hound brings us, a gin-based drink with Dubonnet and Kina L'Avoin d'Or, the Amalienborg. This twist on a perfect Martini is named after the royal palace in Denmark - it looks like it will shine just as much. 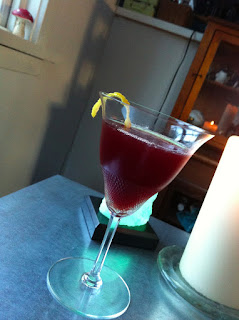 Zach from The Venture Mixologist comes in with something akin to a Last Word, the Saint Martin's Summer - gin, Lillet Rose, yellow Chartreuse, lemon, and Hopped Grapefruit Bitters. Named after the French phrase describing an unseasonably warm period in fall or winter, Zach seems to be hoping for a little warmth in the Windy City. 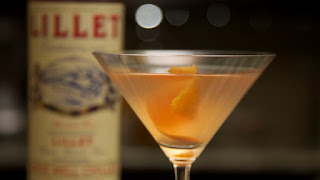 Todd at Concoctails delivers both a polished drink, The Kilted Heir, as well as a few of his less exceptional experiments with madeira. The first is a pleasant looking blend of madeira, blended scotch, Amaro Nonino, and Angostura bitters. He also tosses in some nice history about the colonization of the island of madeira during the period of Portuguese exploration and expansion under Henry the Navigator. 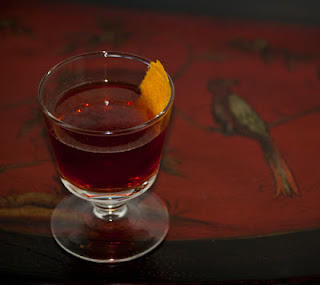 Rowen at the Fogged in Lounge takes a break from Manhattans and tiki drinks to give us the classic Whispers of the Frost, a winter warmer made with equal amounts of bourbon, port, and sherry. 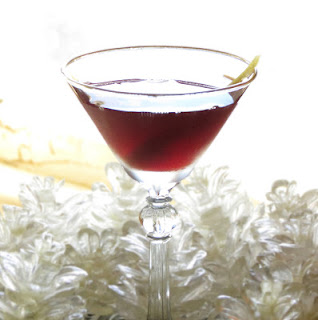 From The 3 Archers we get a Scandinavian classic, Glögg, a warm punch made with port, bourbon, rum, spices, raisins, almonds, and sugar. Plus fire. What's not to love about this? 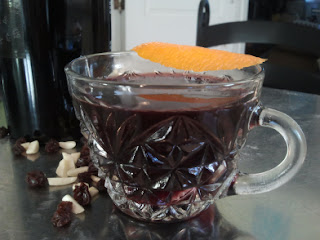 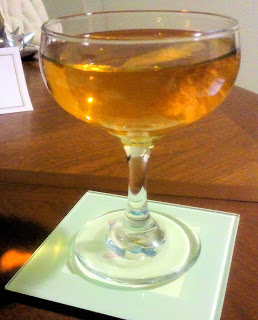 Thanks again to Fred for pulling Mixology Monday back from the brink. I can't wait to see what February's theme is going to be.
Posted by Jordan at 8:28 AM