While the 12 Year expression that I recently reviewed is a fairly standard, albeit well-done, blend, the 30 Year was a one-off with fairly interesting history.

Most blends are made from individual casks of malt and grain whisky. However, there are occasionally casks that were 'blended at birth'. This means that new make grain whisky and new make malt whisky were combined, then filled into a cask together. Theoretically this gives the two components much more time to integrate and harmonize with each other. 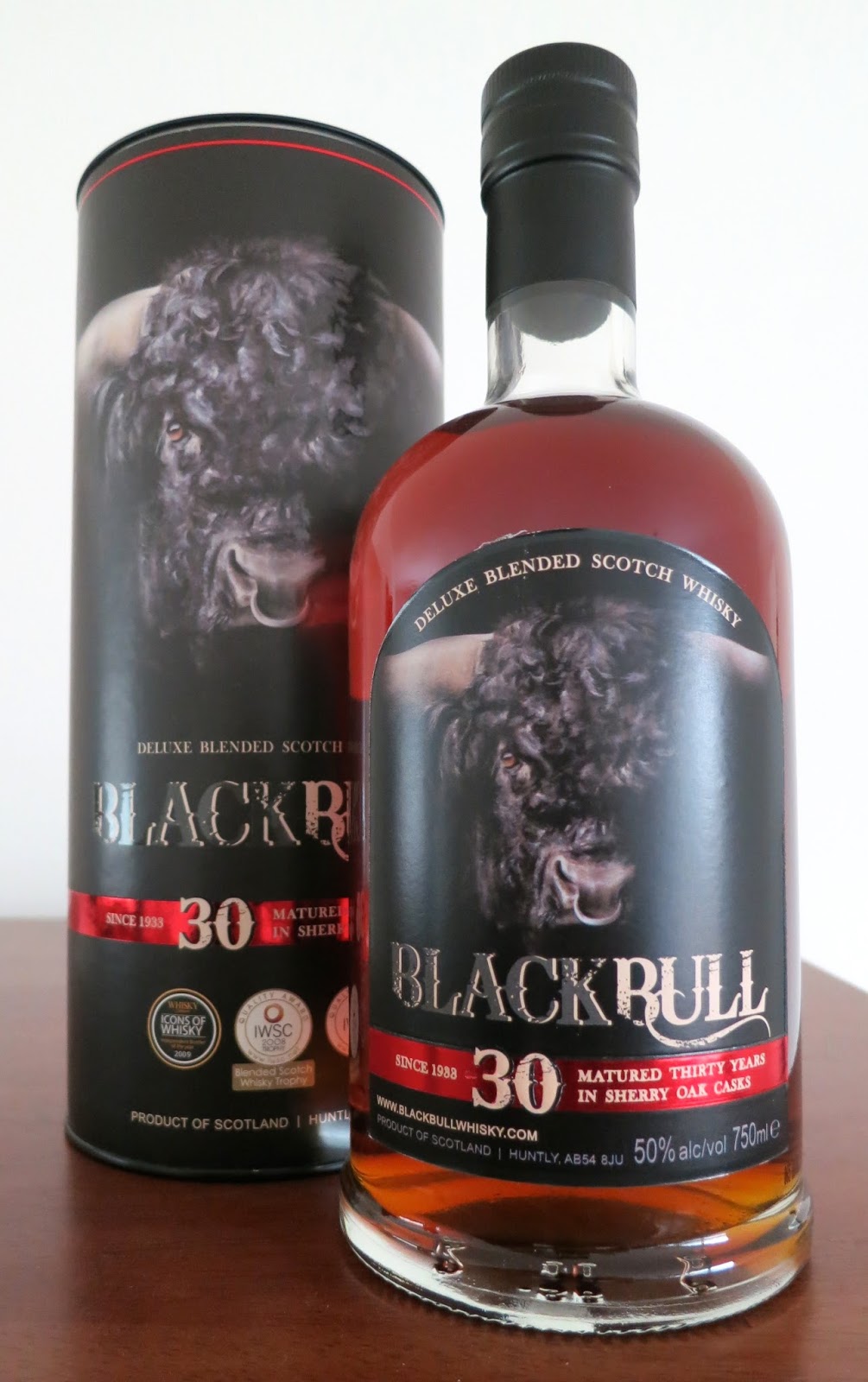 Nose: both dank and bright sherry cask influence inflected by grain whisky, stewed fruit, prunes, raisin reduction - almost like wood smoke, lemon and lime peel, cinnamon brown sugar, burnt sugar over oak with a touch of barrel char, porridge, vanilla, malt, rich caramel, mint and floral overtones. After adding a few drops of water, the sherry and grain integrate to give a creamier kind of wine influence, with the floral notes tucked inside,

Taste: surprising amount of alcohol heat, clear balance between malt and grain whisky flavors, sherry and grain (corn and wheat) throughout, with a shift from dank to bright across the palate, almost syrupy sweetness, citrus peel in the middle, sliding into polished oak at the back, mint overtones throughout. After dilution, the sherry mostly pushes aside the grain until the back, with the flavors becoming a bit flatter and less bright, but with the alcohol burn mostly tamed, and the mint becoming more vegetal.

What I find most interesting about this whisky is that, despite being blended at birth and spending three decades in oak, the malt and grain whisky remain distinct elements rather than having integrated into a whole. As I noted, the grain and malt components are unknown, but I feel like the sherry dominates the experience so much that it's almost irrelevant. The one thing I am fairly confident about is that all of the malt was unpeated, as I don't get even a whiff of it.

If you like heavily sherried single malts, I can almost guarantee that you would enjoy this. When it was released about five years ago, the price was downright cheap at around $100 a bottle (this is also the price I got it at, as it was on closeout in Oregon), though it pushed up above $150 some years later as old whisky became more popular and people warmed up to blends. However, as it was a one-off, it's also nearly impossible to find anymore. There have been multiple releases of a 40 Year, which is obviously more expensive, but actually pretty reasonably priced around $250 when you consider that the 25 Year releases from many distilleries are now that expensive. I'll be keeping my eye on other versions of Black Bull, because Duncan Taylor seems to be putting quality whisky into the line.
Posted by Jordan at 7:48 AM