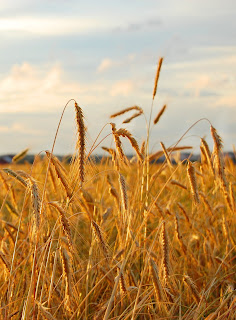 While it's arguable that rum was America's first national spirit, these days whiskey is likely to be the first drink that they associate with the country. It didn't take long after settlers began moving west, especially once they had crossed the Appalachian Mountains, for them to realize that it was much more efficient and profitable for them to turn their grain into whiskey and sell that than it was to sell the grain itself. It didn't take long before America was a nation of whiskey drinkers and boy did they know how to put it away. By the early 1800s there were about 14,000 distilleries in the country producing millions of gallons of whiskey [1]. The average American drank roughly five gallons of absolute alcohol in a year, translating roughly into a normal bottle of 80-proof booze a week. Given that it was also a time of religious revival and a not insignificant portion of the population were tee-totalers, that average hides a rather bimodal distribution with a relatively small number of people consuming most of the alcohol.

American whiskies have generally fallen into two categories: bourbon and rye. In each case, this is primarily determined by the mash bill, with bourbon containing more than 51% corn and rye containing more than 51% rye. In both cases they are usually a mixture of corn, rye, barley and sometimes wheat, though there are a few 100% ryes on the market right now. Also, both types of whiskey must be aged in new, charred oak barrels (this creates a ready supply of used bourbon barrels that are often used to age rum). While the flavor is largely influenced by the mash bill, the barrel aging also rounds off some of the sharper edges of the spirit and adds vanilla, caramel and wood flavors to the mix.

On a whim I decided that I should finally get around to trying some whiskey, as it was one of the spirits that I hadn't tried. After poking around some of my favorite booze blogs for recommendations, there seemed to be a consensus that Bulleit was a really great value. I'll have to admit that my initial impressions were not overwhelmingly positive. Despite being a reasonably stiff spirit at 90 proof, it just wasn't punching through drinks in the way I expected it to. Compared to my usual base liquor of choice, rum, bourbon doesn't have quite the same heft. But after a little playing around, I finally figured out how to make it work well.

Bulleit Bourbon has a higher proportion of rye in the mash bill than a lot of other bourbons, which gives it a somewhat spicy and snappier character to counterbalance the smooth caramel sweetness that one normally finds in bourbon. All in all, this is a great spirit and a fine bridge between traditional bourbons and rye whiskies. And it makes a mean tiki drink.

Combine all ingredients, shake with ice and strain into a chilled rocks glass.

The original recipe called for ginger beer, but I prefer a bit more snap from ginger syrup made with fresh ginger juice. All of the spicy ingredients play nicely with the bourbon without completely obliterating it. The extra oomph that Bulleit brings to the table helps to give the drink some backbone. All in all, a great drink.


Rittenhouse Bottled-in-Bond Rye Whiskey
Normally, I have a hard time trusting liquor that comes with a plastic screw top. Even the metal ones are a bit better, but corks can't cost that much more and just look classier. But Rittenhouse Bonded is gold in disguise.
As noted above, rye whiskey takes the normal bourbon mash bill and more or less inverts it. So there's a whole new layer of flavors riding on top of the sweet-ish corn and caramel flavor of bourbon. There's a lot of spice, primarily cinnamon, grainy rye, a bit of wood and a touch of pepper. Together, the result is fairly dry but quite balanced. Surprisingly for being 100-proof, there's almost no alcohol flavor and very little burn. The best thing I can say about this whiskey is that it has depth. Which is probably why it's currently a darling of mixologists. Some liquors won't assert themselves very well when you want to pair them with other strongly flavored ingredients. Rittenhouse will easily hold its own without completely dominating a drink. And for something so distinctly American, it also works rather well in tiki drinks.
Monongahela Punch
1.5 oz Rittenhouse Bonded Rye
1 oz grapefruit juice
0.75 oz lime juice
0.5 oz cinnamon syrup
Combine all ingredients, shake with ice and strain into a chilled glass.
This is a simple substitution into the Donga Punch, but it works just as well as the original. I suspect that this is partially because many varieties of rhum agricole clock in at 100 proof as well, so the recipe is made to balance with a strong base liquor. Subbing in cognac works well too, which is part of why I still wish that I could get some Force 53. Rittenhouse works perfectly here, both because of its strength and because the spicy flavor of the whiskey synchronizes perfectly with the cinnamon syrup, while both are balanced by the acidic and bitter citrus flavors. If you enjoy whiskey at all, you owe it to yourself to go pick up a bottle of Rittenhouse (if you can find it). At roughtly $20, it's pretty hard to beat in terms of value.
[1] Watman, Max. Chasing the White Dog: An Amateur Outlaw's Adventures in Moonshine. 2010.
Posted by Jordan at 10:10 PM