After my latest sherry post, I decided to dive back into the world of sherry cocktails. This time I wanted to go for something with a bit more heft, which meant reaching for the oloroso. And figuring that rye whiskey might compliment it well, I went searching the Cocktail Database for ideas. Lo and behold, there were a handful of solid looking drinks to choose from. Just to keep things simple, all of these drinks were made with Rittenhouse rye whiskey and Lustau Don Nuño Dry Oloroso sherry.

Oddly, this cocktail doesn't have any gooseberries to speak of. Sadly no info for how it acquired the name, but it's an interesting tipple. 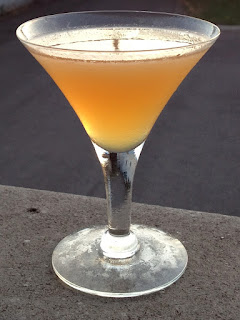 Despite using Rittenhouse rye, the nose is dominated by the dry sherry notes, with hints of lemon oil and rye grain. The taste begins with a mixture of rye and sherry, giving the sip an almost nutty quality. The lemon comes into force as the sip continues, just barely constrained by the simple syrup. It ends with crisp acidity, making my mouth water a bit.

This is a bit of a peculiar cocktail, as the rye and sherry struggle to hold out against the lemon assault. It's definitely a drink for someone who likes their cocktails tart, though you can shift the balance by adding more simple syrup. It also gets a little less lemony as it warms up, especially on the nose as the rye grain becomes more prominent and the palate becomes just a bit sweeter. I think this would make a good aperitif cocktail as it's relatively light on the alcohol and definitely stimulates the salivary glands, leaving your palate cleansed and wanting more. In other situations, I'd be tempted to up the amount of rye and sherry to make a more standard sour-style cocktail, but try it this way first.

The next drink comes from Hugo Esslin's 1917 cocktail book Recipes for Mixed Drinks. An interesting name given that many of the ingredients would be thought of as fusty and old fashioned these days (though rye is making a comeback). However, I'd say this drink ultimately fits modern tastes just fine. 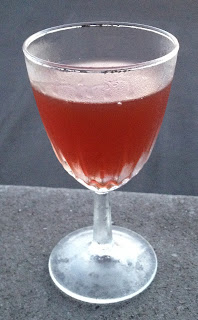 The nose is full of the rye whiskey's grain notes, as well as Indian spices - cinnamon, tumeric, cumin - and just a hint of wine from the sherry. The sip opens with mild sweetness and orange notes from the liqueur, then transitions to rye and Ango bitters spices, finishing off with dry flavors of cacao and oloroso sherry.

This is a really good cocktail. The combination of ingredients is far more than the sum of its parts, especially with the savory spices that are prominent throughout the drink. If you want something like a Manhattan, but just a hair sweeter, I would highly recommend this drink.

This drink comes from Patrick Gavin Duffy’s “Official Mixer’s Manual”. I agree with Erik Ellestad that this is a sort of petit punch, as it's rather light and not terribly sweet. I think you could batch it up to serve on a warm day when you want something lighter but not limp to serve. 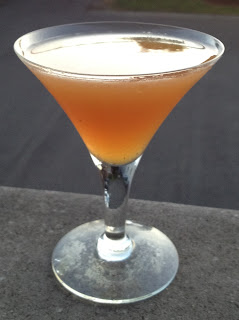 Combine all ingredients and add a couple of cloves and a pinch of chili pepper. Shake with ice and strain into a chilled glass.

The nose is light - a spark of clove and a melange of rye grains and dry sherry, with almost jammy raisin and baked apple notes. This drink begins fairly tartly with a solid thump of lemon, followed by mellow orange, segueing back into a bump of rye graininess and tartness from the sherry, with another hint of raisins. The finish is almost all sherry, predominantly the yeasty flavors, with lingering hints of spice, especially from the pepper, which gives it just a small prickle of heat.

This drink actually improves a bit as it warms up, with more pronounced spices on the nose and warm nuttiness near the end of the swallow. I used chipotle pepper in this one and I think the smoky flavor went really well with the rye whiskey. Overall I like how, despite everything else you're adding, it still retains a lot of sherry character, with flourishes of tartness and spices while remaining relatively dry. If you want a stiffer drink, it would also be possible to swap the proportion of rye and sherry to come up with something pretty tasty.

As you might have noticed throughout this post, Erik Ellestad has also covered a number of these drinks. He has a whole series of sherry cocktails, a number of which include rye whiskey, so head on over to Savoy Stomp if you want some more.
Posted by Jordan at 7:24 AM