Following my tour of the distillery, I got to sample some of the single cask whiskies that go into making Ardbeg's core range. 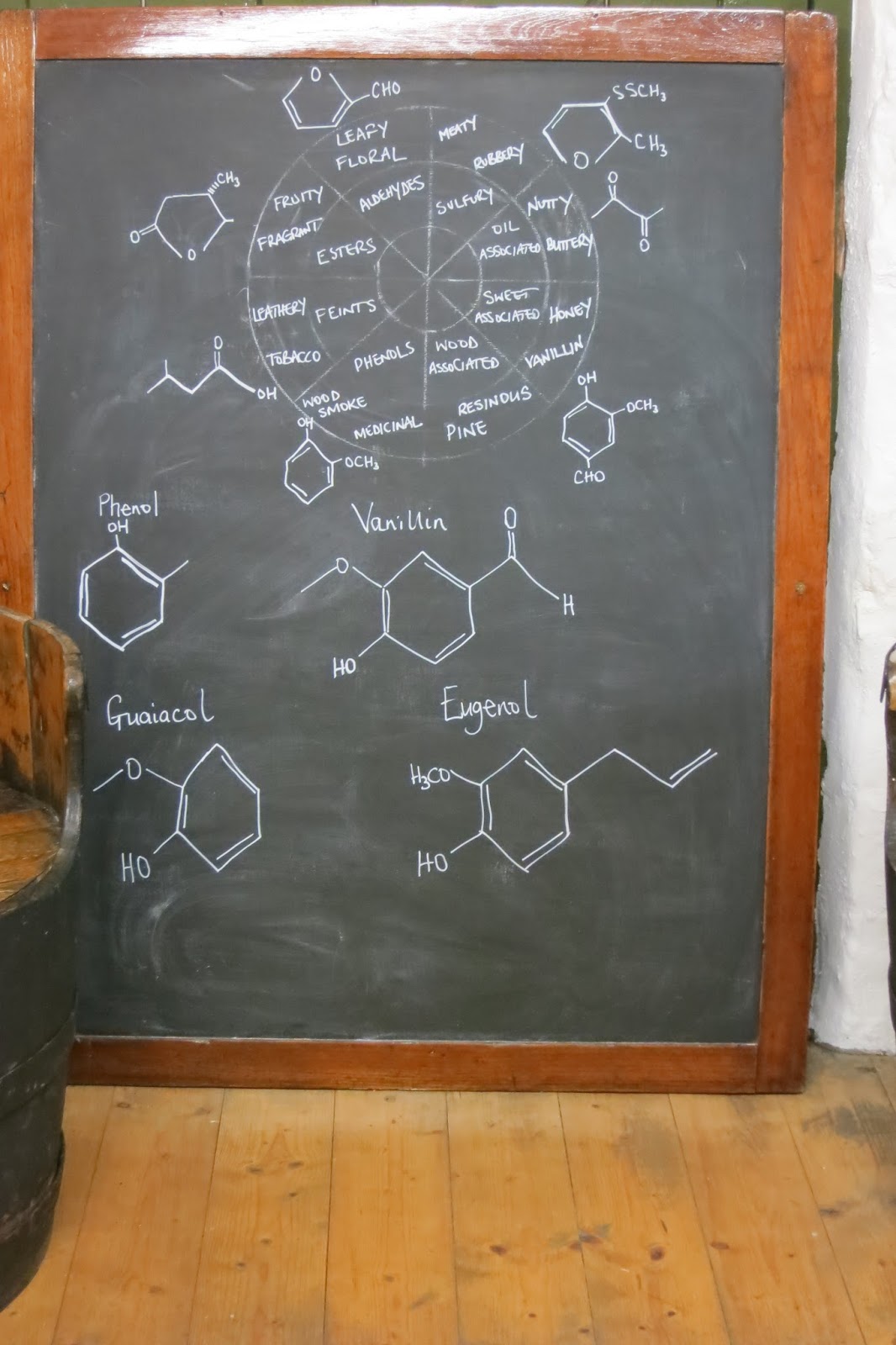 As I've talked about previously, Ardbeg doesn't have particularly deep stocks in their warehouses due to the distillery essentially being shuttered for much of the 1980s and 1990s. So they have largely been focusing on how to do more with what they have, which is almost all pretty young spirit. 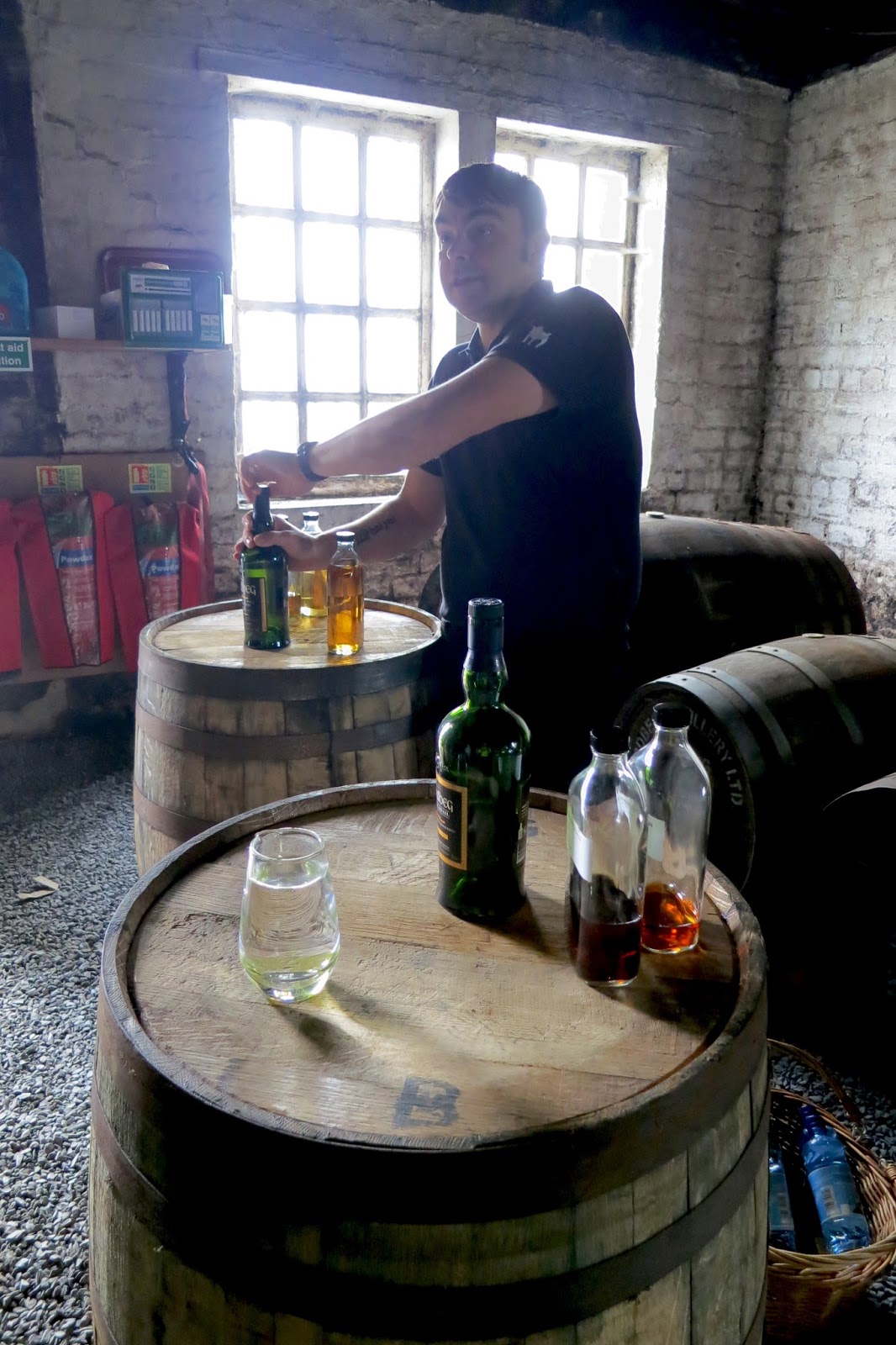 First up, we sampled the whiskies that go into the standard 10 Year.

This was about what I expected it to be. The traditional Ardbeg character was present alongside a fair amount of barrel. Not particularly complex, but good drinking. I'd be happy to buy some at the right price. 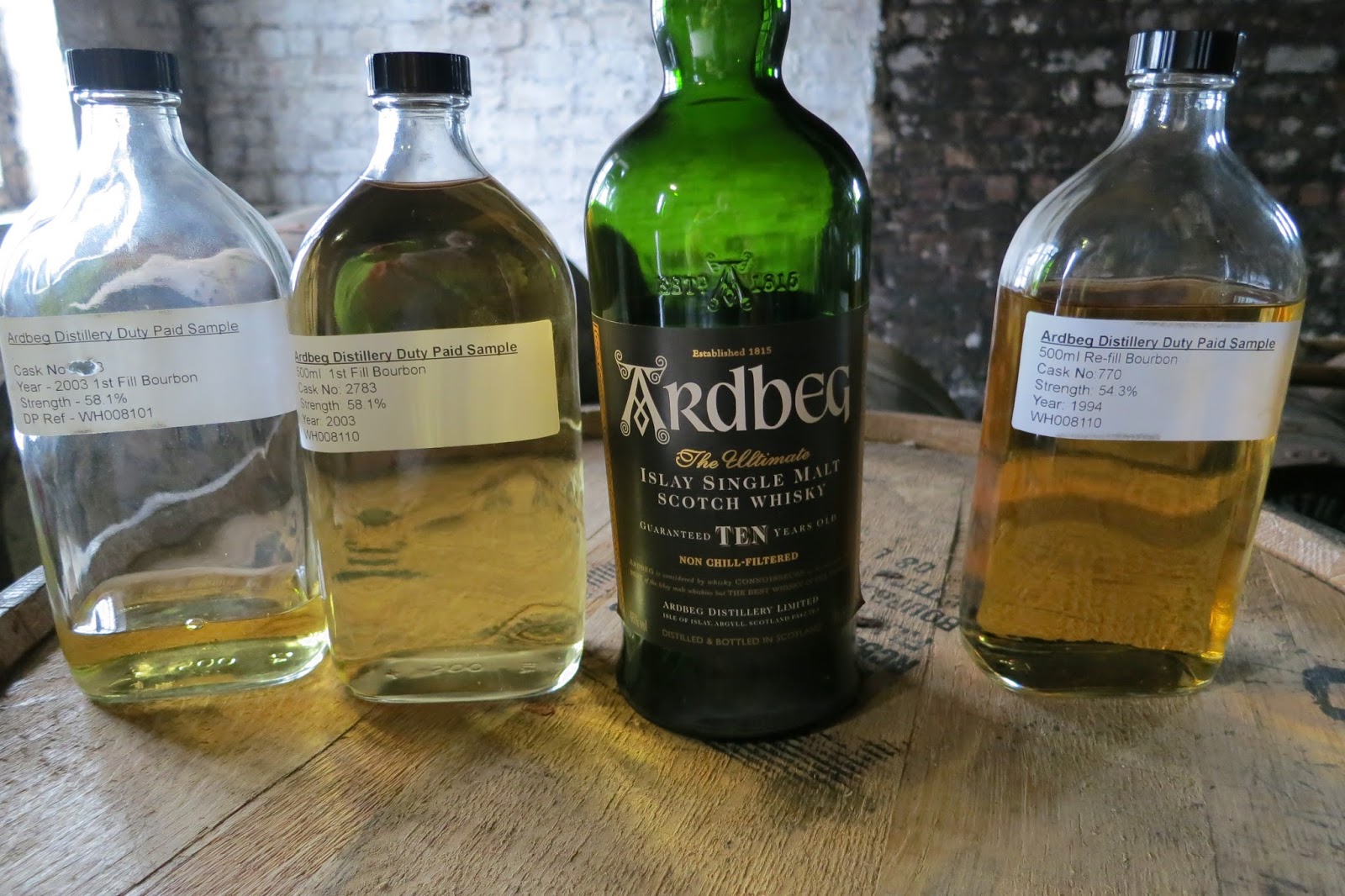 Taste: very sweet up front, more oak and less peat than the first-fill, minty at the back, green and earthy

This was quite a surprise. Despite being a refill cask, with presumably less to give to the spirit, this actually had more barrel influence than the first-fill. While less recognizably Ardbeg, it offered more complexity. If the sweetness was just turned down a bit, this would be a fantastic single cask. Just goes to show how much the distillery character is a product of the master blender rather than the casks coming out as a uniform product on their own.

Next up we had some younger sherry casks destined for Uigeadail. 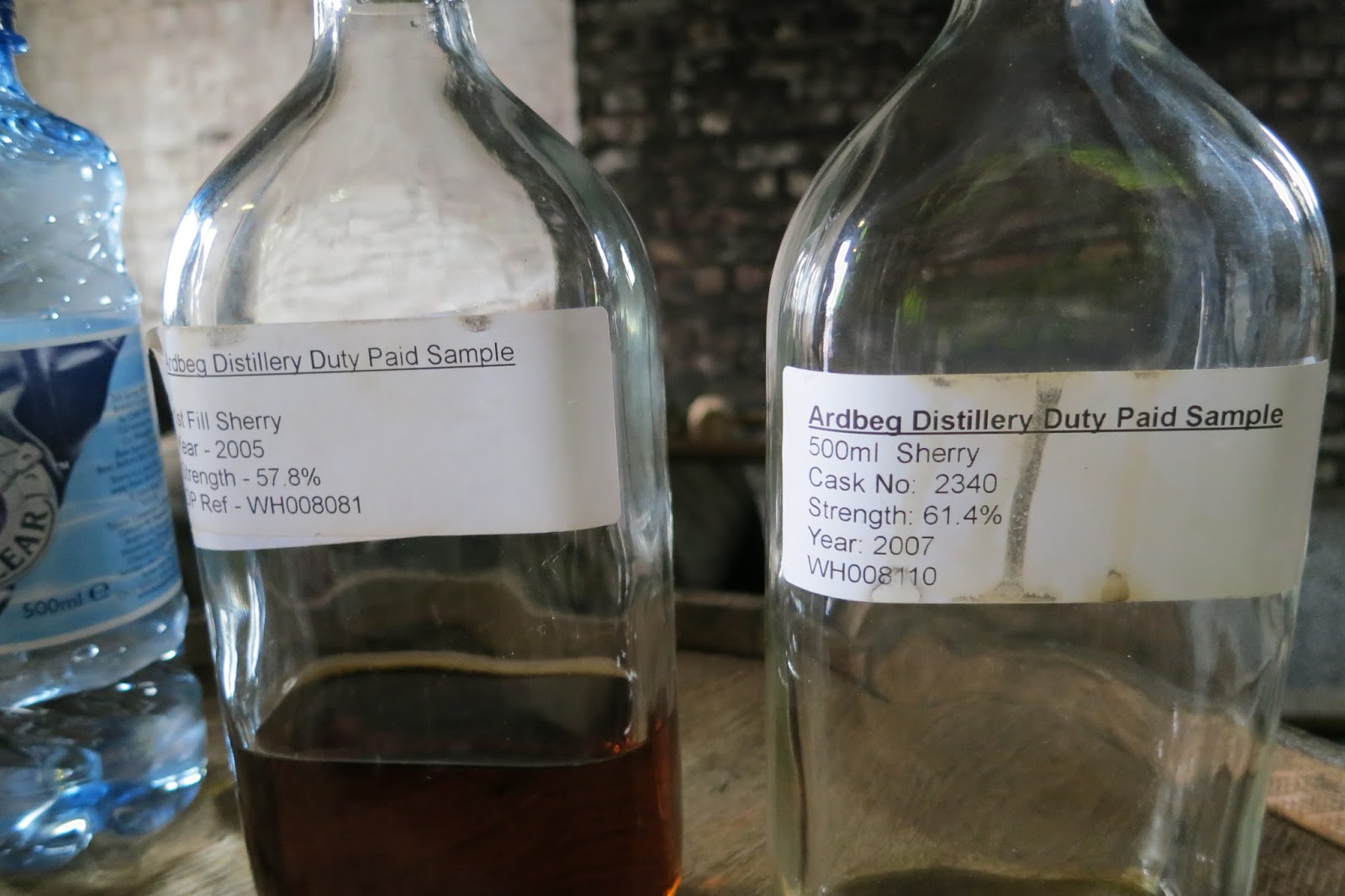 Taste: big bittersweet sherry up front, lots of oak, just a bit of peat at the back, lots of pepper

Whelp, that certainly confirms my suspicions. This was almost unrecognizable as coming from Ardbeg, reminding me far more of sherry bombs like Aberlour A'Bunadh or Macallan Cask Strength. No wonder Uigeadail doesn't have a lot of nuance - Ardbeg is pushing their casks to extract the maximum amount of sherry flavor from them in the least amount of time, then blending it back with bourbon casks to get back some of the smoke. Which, in my opinion, makes the continued high prices on Uigeadail (with a couple notable exceptions) shameful. This is not the whisky that people were willing to pony up extra dollars for in the early 2000s. It's good whisky, but it's not worth big bucks anymore - treat it like any other younger cask strength whisky on the market today.

Last, we got to try the whisky going into Corryvrecken. 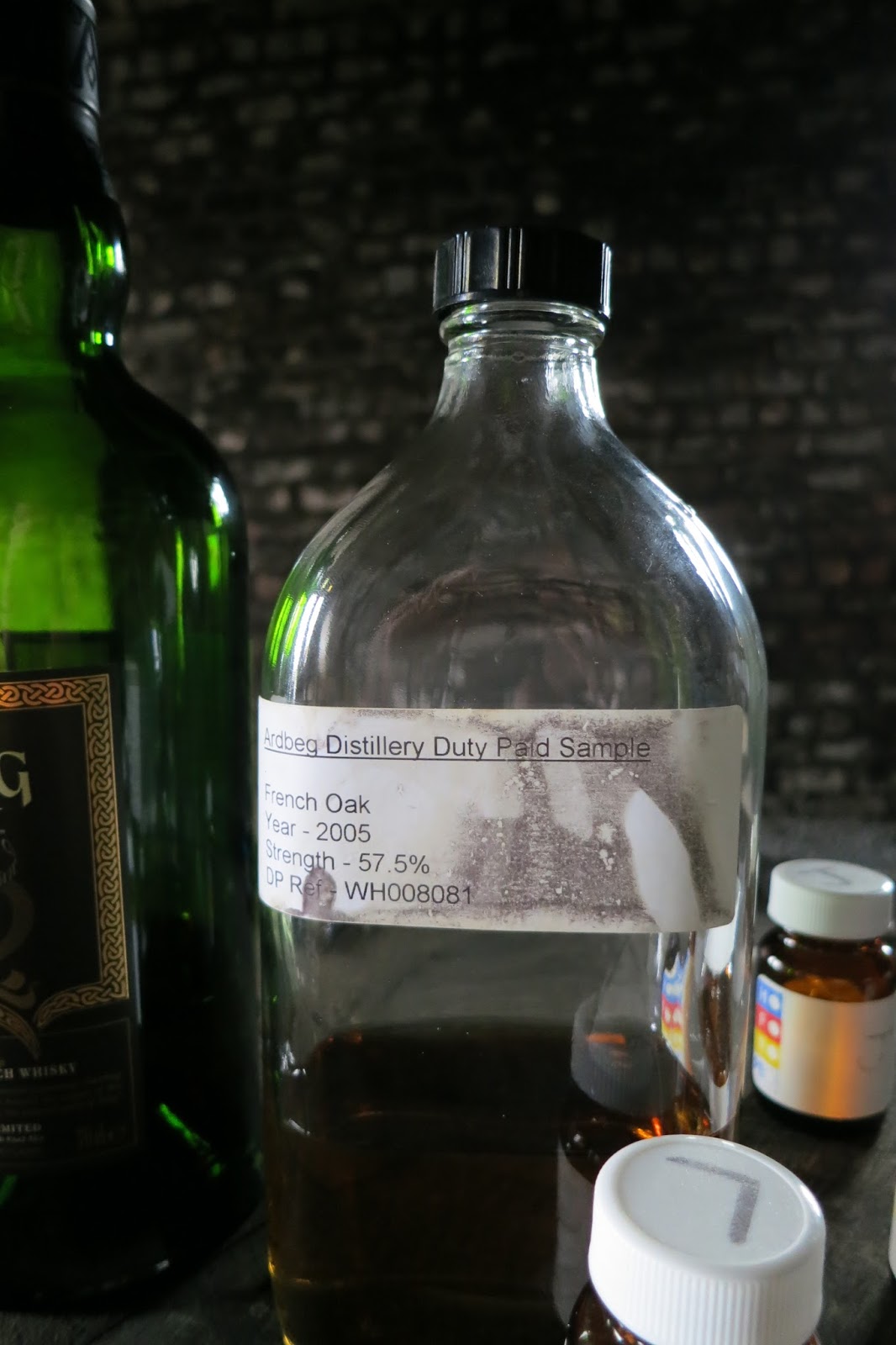 This was my favorite of the bunch. The French oak played very well with Ardbeg's spirit, adding new layers on top of the standard first-fill bourbon notes. Additionally, this is almost exactly what you can expect to find in Corryvreckan itself, so I will definitely be picking up a bottle. With that said, it's also reasonable to expect that the spirit itself is relatively young, so I don't think it's worth the $80-100 that I see some places charging. $70 seems more reasonable.

Last, but definitely not least, we were led back into the Kiln to taste some very rare Ardbeg. 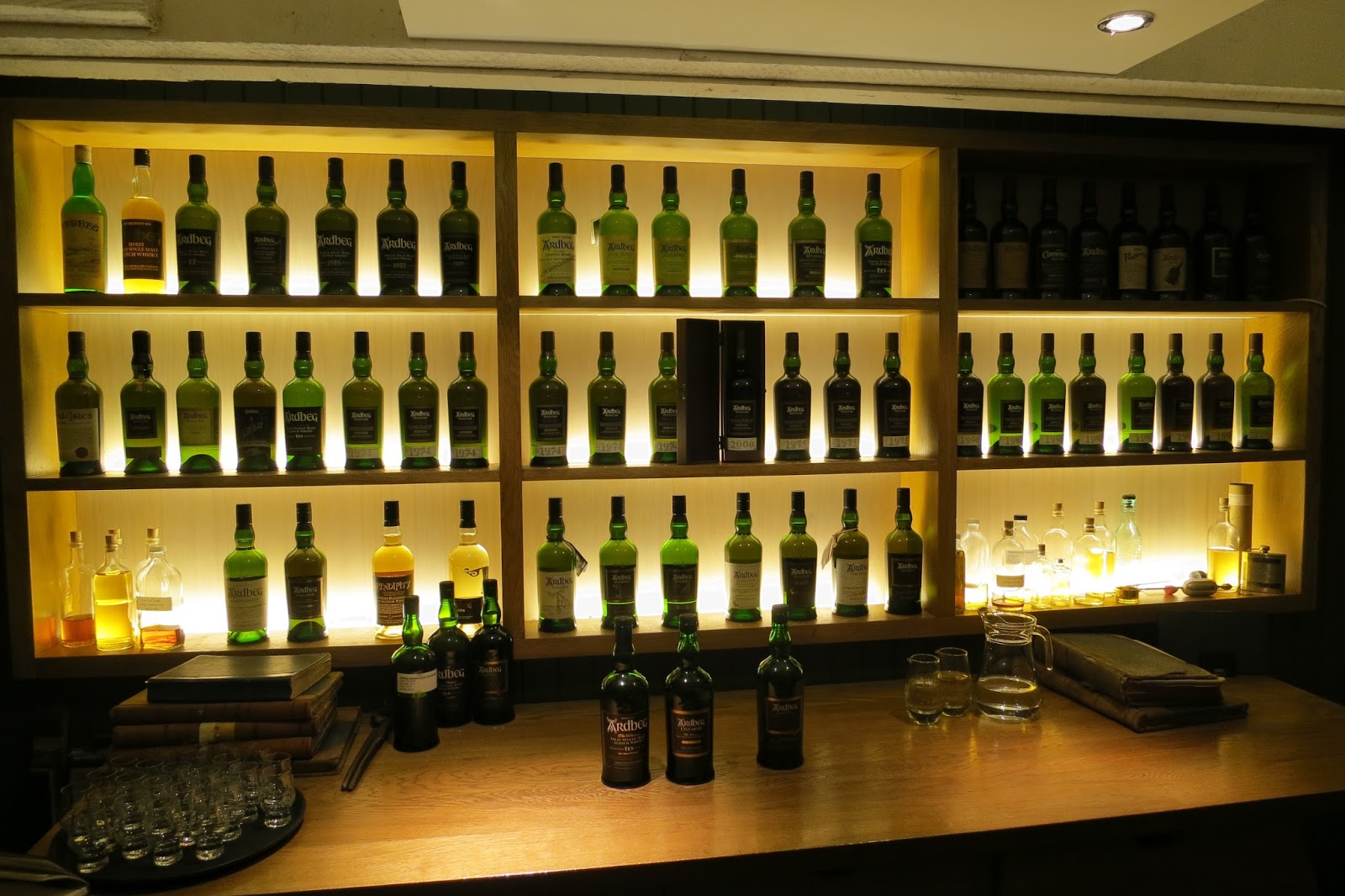 A cask that just missed losing its designation as whisky to the angels. This one just blew my mind. I finally understand the hype about 1970s Ardbeg. This is completely different than anything else I've ever tried from them. It read much more like a lightly peated Highland or Speysider. To cap the experience, I could still smell the residue in my tasting glass two weeks later after I had gotten back home. I doubt I'll be able to try anything like it again, so I consider it quite a privilege to have gotten the one taste. If you get a chance to go to the distillery, do a tasting, if only for this. 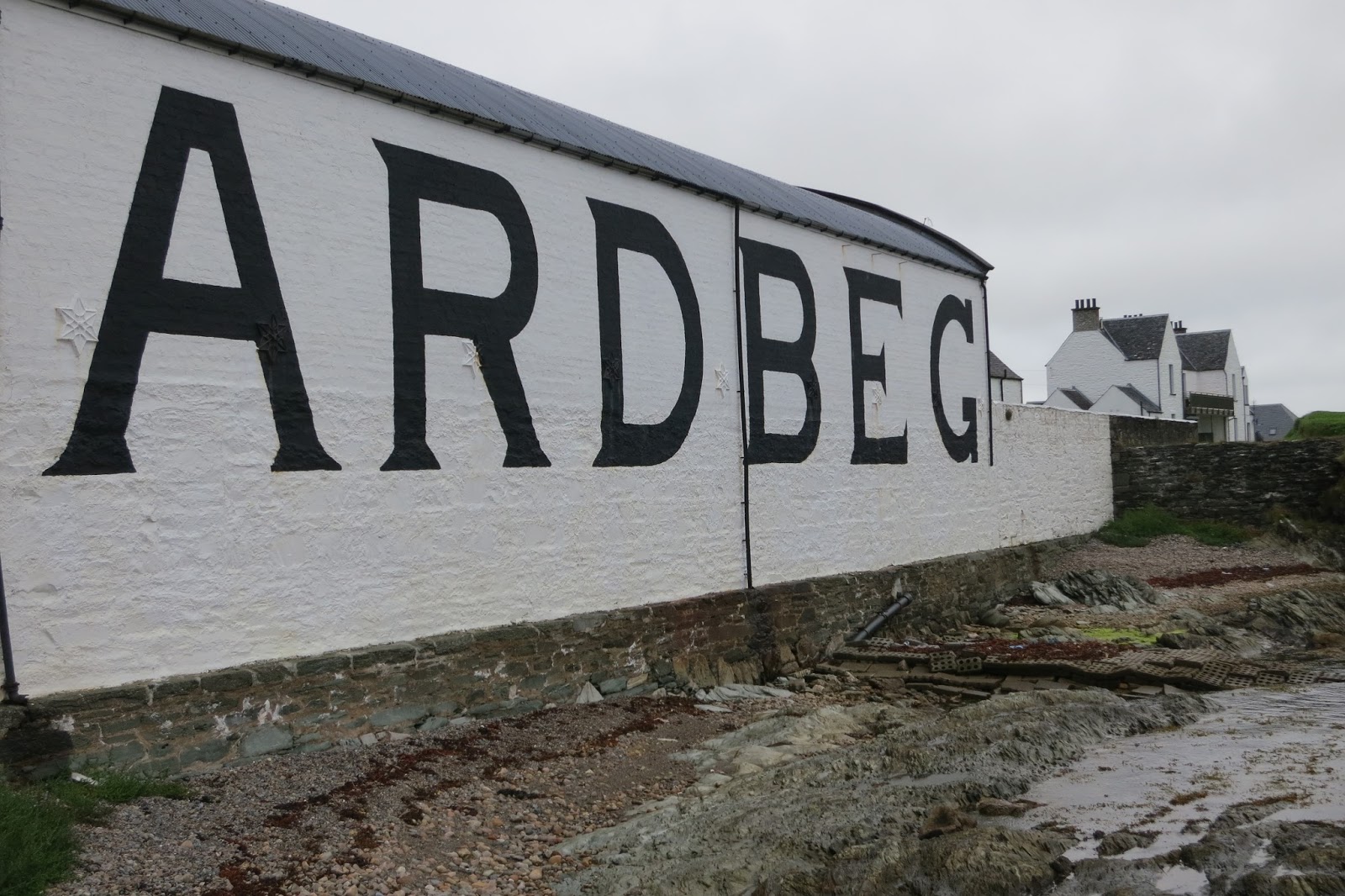 Overall I found this to be a really informative tasting. While significantly more expensive than the tasting at Lagavulin (£45 vs. £15), it still felt like reasonable value for money. We were also given samples of the finished 10 Year, Uigeadail, and Corryvreckan, but I mostly passed because I had a) tried most of them before and b) was afeared for the state of my liver after so much alcohol in a single day. It was a slowly, slightly wobbly ride back to Port Ellen, but I got there in one piece.
Posted by Jordan at 8:05 AM