After nearly disappearing from the market, rye whiskey has been clawing its way back into respectability (and occasionally great acclaim) over the last decade. While most of this whiskey is made in the United States, rye is also made in Canada. However, this whiskey is rarely bottled as straight rye, instead being blended into Canadian whisky to add flavor. As an additional quirk, this flavoring whisky is 100% rye, without any corn or barley. 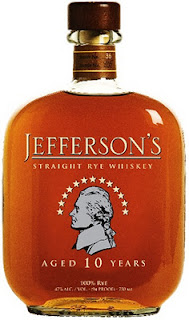 A few companies have approached the distillers of this whisky and purchased barrels to bottle as straight rye whiskey. Whistle Pig took this approach and has garnered all sorts of accolades in the process. However, it also costs a pretty penny. Now McLain & Kyne, previously known for "very small batch" bottlings of Kentucky bourbon, have tossed their hats into the ring and have also bottled some 10-year old 100% rye whiskey. Even better, it retails for about half the price of Whistle Pig.


Nose: light grain with an undercurrent of brown sugar or caramel, a hint of rye grain, very slight alcohol underneath and cool mint, becoming herbal with a twinge of chocolate and berries after a drop or two of water

Taste: honey sweetness up front, rye spiciness, creamy with a transition to intense mint, rhum agricole. The flavors seem to be dependent on how the whiskey is drunk, with most of the rye spiciness developing in the middle and the mint coming at the back of the mouth

Finish: very long, minty and herbal with a bit of pepper

This is a great whiskey. M&K have selected a really solid rye and put it out at an incredibly affordable price point. In Oregon right now it's only $34, which is a very small bump up from the baby Sazerac, Russell's Reserve, and Bulleit 95 for a significant increase in age and quality. There's a little more competition once it gets up around $40, but I'd still call it a good buy then. There's enough going on that you can spend a decent amount of time dissecting the various flavors, but it's also pleasant enough to be a relaxing drink at the end of the day. My only complaint, which syncs up with other opinions, is that it could use a slight boost in proof. Somewhere between 100-110 would hopefully ratchet up all the flavors without cutting into profit margins too much. So all said and done, if you like rye, or even whiskey in general, you owe it to yourself to give this one a try.
Posted by Jordan at 9:17 PM