As per last year and in keeping with traditions, it seemed like a good time to reflect back on the previous year of blogging. 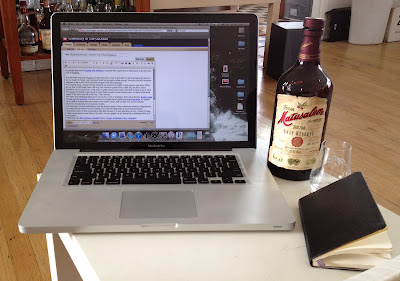 •I'm still really enjoying blogging, though there times when it feels like I've let its demands get ahold of me too much. It's funny, but I just don't drink fast enough or often enough. However, the liver transplant surgeons of the world would probably disagree with that assessment.
•It's amazing what a regular posting schedule has done for my traffic. It took about a year and a half to get my first 10,000 page views, but only four months to get the next 10,000. My one New Year's resolution was to post twice a week and I've pretty much stuck to that. And tried to make up for it when I've slipped. Hopefully I get can get to three times a week or more at some point, but there is that small matter of the rest of my life in the way. Time will tell.
•It's been very interesting dipping my toe into the world of whisk(e)y. From those first few tentative steps through rye and bourbon, I've since come to love grain-based spirits from across the globe. It's pushed me to think a lot more about the details of the spirits I drink, both on their own and in cocktails. However, it's also kind of an expensive hobby.
•On that note, it's been interesting to note the relative output of the cocktail and whisk(e)y blogospheres, as it feels like the former has been ebbing a bit while the latter picks up more and more steam. Admittedly there's a little confirmation bias there because I've been searching out new whisk(e)y blogs, which means they're more likely to be active, but the updates on the sidebar have definitely taken on a new pattern.
•With that said, tiki continues unabated (thanks, Doug). Sometimes with a vengeance.
•I've really enjoyed sinking my teeth into the world of rhum agricole. After a rough start, we are definitely good friends now.
•Still not much of a garnisher, but I'll dabble from time to time. Getting a channel knife for Christmas helped.
•Still enjoying making my own ingredients and looking forward to covering more of them in the future.
•Still thankful to the Horde for all the traffic and the booze conversation that comes my way via the OTAN.
•While there are some really excellent distilleries in the area, as I noted last year, some of the newer entrants are incredibly disappointing. I'm hoping they'll step up their game, but they're in a tricky position.
•I've found some great new places to get a drink and should be reviewing a few more soon.

Once again, thanks to everyone who's read my blog over the last year and here's to many more to come.
Posted by Jordan at 11:24 AM